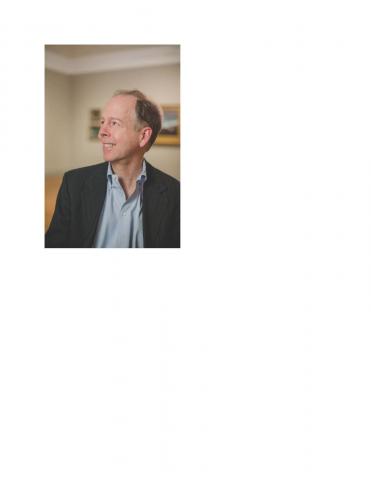 Poet and art critic Carl Little, who has written about art for Maine Boats, Homes & Harbors for close to three decades, has been honored with a lifetime achievement award from the Dorothea and Leo Rabkin Foundation. The Portland-based foundation is dedicated to recognizing and rewarding writers who make art accessible to general audiences; the award comes with $50,000.

For more than 30 years, Little has been one of the primary cultural connections between Maine and New York, writing about the Maine art scene for national publications and about the larger art world for Maine magazines, including MBHH.

MBH&H Editor Polly Saltonstall said Carl has a great talent for explaining why art matters. “Carl is a wonderful writer with great insights about artists, and their work,” she said. “I love working with him as a writer because he is so sensitive to detail. He doesn’t just describe what he sees; rather he seeks to understand the artist as a person and what inspires their work, and then explains that in ways that make the work accessible even to people who are not art insiders.”

Suzette McAvoy, recently retired director of the Center for Maine Contemporary Art in Rockland, described Little as “a champion of art and artists in Maine and beyond.”

“His many books on art, written with enthusiasm and sensitivity, draw on his deep knowledge of art history and his active engagement with artists and the art community,’’ says McAvoy. “His work is, and will remain, an important contribution to the history of art in Maine and America.”

Little began writing about art in 1980, the year he earned an MFA in poetry from Columbia University. He first contributed reviews to Arts Magazine and then in 1986 became an associate editor at Art in America. He continued to write for Art in America after he moved to Maine in 1989.In recent years, Little has been a regular contributor to Hyperallergic and Art New England and for 25 years he has written artist profiles and features for Maine Boats, Homes & Harbors.

In addition to art reviews and journalism, Little has published 30 art books, among them Paintings of Maine, Paintings of New England, The Watercolors of John Singer Sargent, Edward Hopper’s New England, Winslow Homer and the Sea, Art of the Maine Islands, Art of Acadia and Art of Monhegan Island.

The beauty of Little’s popular art books is that they are heavily illustrated and explicated with clear, concise texts. A Carl Little book is like an intelligent conversation about art between interested parties, not a sermon or an argument.

Little is also the editor of Discovery: 50 Years of Craft Experience at Haystack Mountain School of Craft and Art of Katahdin, a collaboration with his brother, painter David Little.

Personally and professionally, Carl Little is a modest, generous and collaborative colleague respected and liked by everyone who knows him. He has dedicated his writing life to explaining and exploring the art worlds of Maine and New York, a lifetime of art writing that the Rabkin Foundation is pleased and proud to honor.

The Dorothea and Leo Rabkin Foundation, headquartered in Portland, Maine, gives annual prizes to eight visual art journalists from across the country. This is the third time the foundation has given a Lifetime Achievement Award. Leo Rabkin was an artist who worked and exhibited in New York City for sixty years. His wife, Dorothea, joined with Leo to create a landmark collection of American folk and outsider art. They lived in New York City and had a wide circle of friends including artists, writers and curators. It was Leo’s wish that the foundation assist art journalists who play a vital role in the art community nationwide.