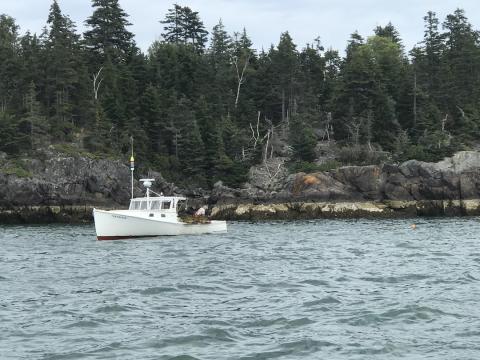 At $674 million the value of Maine’s commercially harvested marine resources in 2019 was the second highest of all time, and an increase of more than $26 million over 2018.

Leading the way were landings for Maine signature crustacean, lobster.

Although the lobster harvest of 100.7 million pounds was down 17 percent from the previous year, the overall value of $485 million was the fourth most lucrative ever for the fishery as a result of a 20 percent rise in per-pound-value.

Maine Department of Marine Resources Commissioner Patrick Keliher attributed the decline in landings in part to a slow start to the season last year due to a cold spring.

According to data published by NOAA, American lobster was the most valuable single species harvested in the U.S. in 2015, 2016, 2017, and 2018, with Maine landings accounting for approximately 80 percent of that value each year.

Elvers again topped $2,000 per pound which resulted in an overall value of $20 million , ranking it as the second most valuable species harvested in Maine in 2019 and once again by far the most valuable on a per pound basis.

Softshell clammers raked in an additional 623,000 pounds compared to 2018, which generated more than $18 million for harvesters and made softshell clams Maine’s third most valuable species. The uptick in value was due to the additional landings plus a 30 percent increase in value, which jumped from $1.80 per pound in 2018 to $2.34 per pound in 2019.

The fifth and sixth most valuable fisheries in Maine were blood worms, used as bait for species including striped bass, and urchins.