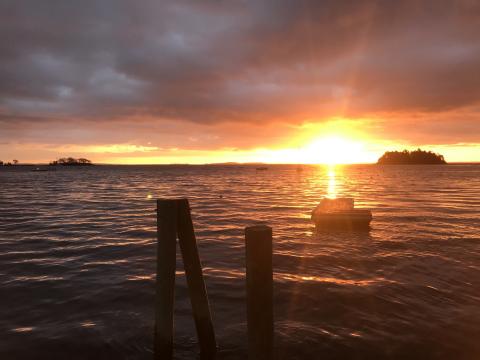 This saying or some version is familiar to most of us who live on the water. It certainly held true on Nov. 5. Soon after this photo was taken of Camden harbor, the sky clouded over and rain fell.

According to author and illustrator Eric Sloan, the first mention of this saying is in the New Testament where Matthew attributed something along these lines to Christ: “While it is evening, ye say, it will be fair weather; the sky is red. And in the morning, it will be foul weather today, for the sky is red and lowering.” Sloan and other have noted that the saying is based on the fact that weather usually comes in from the west. When morning skies are red, it is because clear sky to the east allows the rising sun to light up the underside of moist clouds moving in from the west, bringing rain or other precipitation. In the evening, when the sky turns red it’s because the sun setting in the west has a clear path to light up clouds moving away to the east. Generally, that means winds from the west are bringing clear skies. 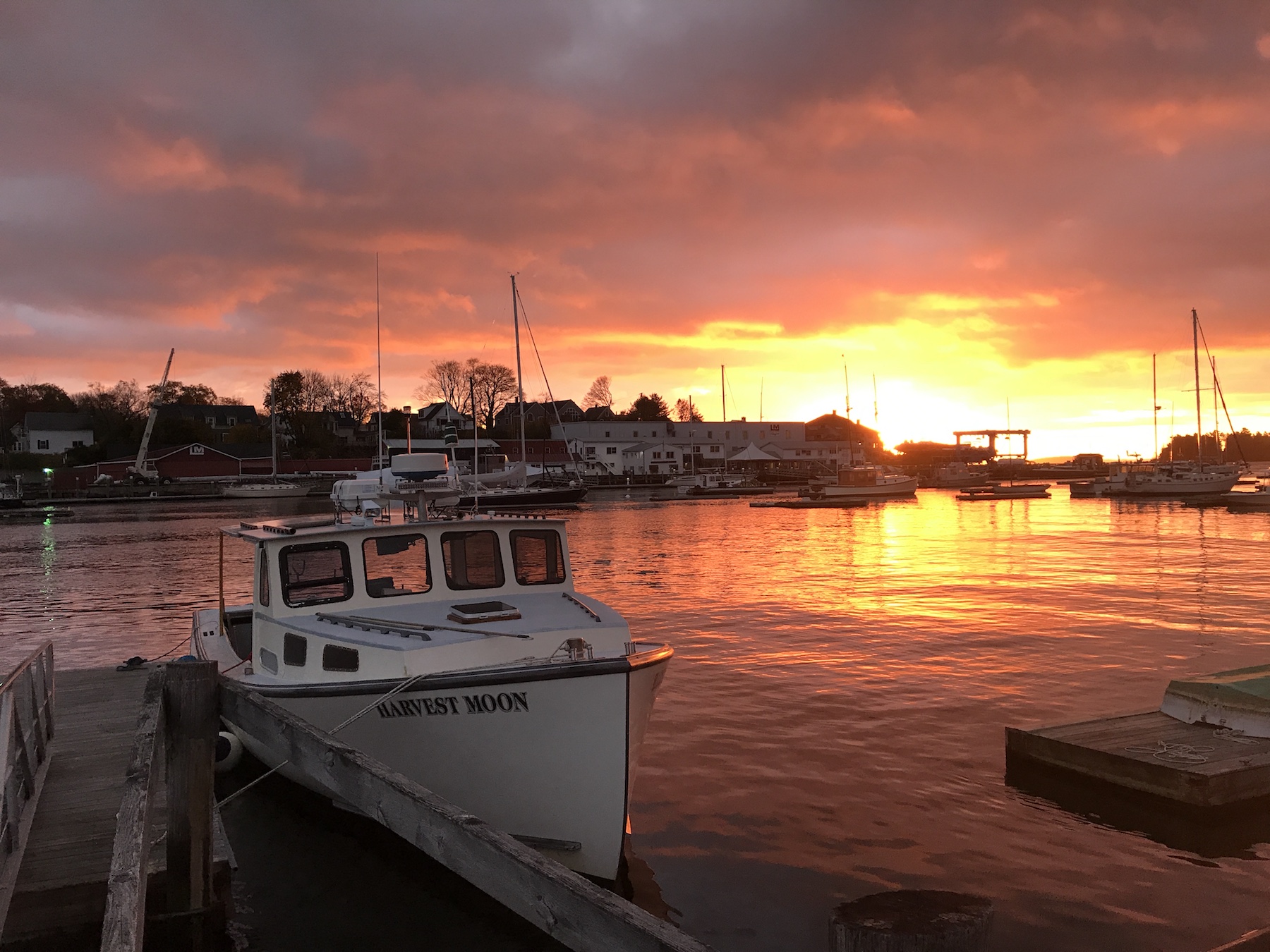