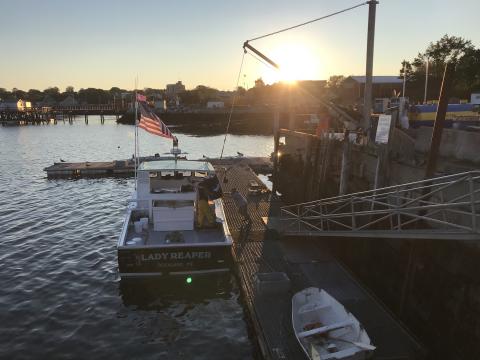 Despite unprecedented market losses, Maine fishermen earned over a half billion dollars for their catch in 2020. Valued at $516.8 million, the ex-vessel value of Maine’s commercially harvested marine resources was the ninth highest on record, according to a news release from the Maine Department of Marine Resources.

Maine’s lobster fishery once again accounted for most of Maine’s overall landed value at $405.9 million.

“Maine’s lobster industry faced tremendous uncertainty in 2020,” said Maine DMR Commissioner Patrick Keliher. “At this time last year, the industry was facing a pending market collapse due to COVID-19, but industry’s response was remarkable. Dealers developed new markets and harvesters adjusted effort based on market realities, all of which resulted in a good boat price during a year with seemingly insurmountable obstacles.”

At 96 million pounds, the catch declined by approximately five percent from 2019 landings, but according to landings data, the volume was the ninth highest in the history of the fishery. At $4.20 per pound, the boat price was significantly better than the $3.76 average boat price over the past ten years.

Softshell clam harvesters earned the second highest value of all Maine fishermen in 2020 on the strength of a six-cent per pound increase in value. Despite 1.2 million fewer pounds landed, harvesters were paid $15.7 million.

Maine scallop fishermen brought ashore an additional 224,874 pounds compared to 2019, ranking the fishery as the third most valuable, despite a 19-cent per pound decrease in value.

Blood worms, used as bait for species like striped bass, were the fourth most valuable fishery at $6.6 million. The value was an increase of $363,773 over the previous year as a result of a $1.34 per pound jump despite a decline in landings of just over two percent.

Menhaden, used as bait for lobster, were Maine’s fifth most valuable commercially harvested species at $6.4 million.

Oysters, cultivated in aquaculture operations, were valued at $5.9 million, which made them the sixth most valuable commercial species in 2020 due to a per-pound increase of 24-cents, notwithstanding a drop in overall value of $987,628.

Despite a decrease in per-pound value of more than $1,500, elvers remained one of the most valuable species harvested in Maine in 2020, with harvesters earning $5 million.