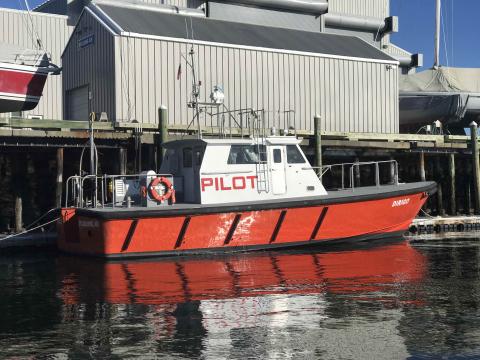 The Penobscot Bay and River Pilots Association has acquired a new pilot boat and David Gelinas could not be happier.

“The new boat will allow us to go out in a wider range of adverse weather conditions, and more importantly it allows us to do our job from a safer, more stable platform,” said Gelinas, who is one of four fulltime pilots with the Penbay association.

Appropriately named Dirigo(Latin for “to lead”), the new boat was acquired from the Virginia Pilots Association. Built in 1996 by Gladding Hearn, Dirigois 52’ long with a beam of 17’ and is powered by two 350hp Detroit Diesel Electronic Control 6V92 engines, Gelinas said. While only about 5’ longer than the pilots’ current boat, Penobscot, Dirigoweighs about twice as much (37-47 gross tons), Gelinas said. The new boat is all aluminum construction with heated decks to keep her ice-free in the winter months.

“It’s just physically all around bigger—higher freeboard, wider sides to walk down, bigger cabin—everything about this boat is much, much larger and heavier duty,” Gelinas said.

This matters because the pilots cannot choose when they go out to guide big vessels in and out of coastal waters. All large,foreign-flagged vessels as well other big American ships are required to have a local pilot on board to guide them into Maine’s harbors and bays, no matter what time of day or night, or what the weather is like when they arrive. The Penobscot Bay and River Pilots Association serves vessels transiting the Penobscot River to and from Bangor and Brewer, as well as to and from Bar Harbor, Bucksport, Rockland, and Searsport.

One of the trickiest parts of the job is getting on and off these large vessels, where the deck can be 20 feet or more above water level. The pilots must steer their smaller speed boats alongside the big ones, which do not stop for this transfer, and then get close enough for a pilot to jump across, grab onto a ladder and climb up to the bridge. This routine happens in reverse for ships leaving coastal waters. After a pilot has helped guide a vessel out, he must climb back down the ladder and jump onto the smaller pilot boat for the ride back to port.

The Pen Bay pilot’s older fiberglass launch, the Penobscot,will be moved to Bar Harbor to serve cruise ship traffic in Frenchmen’s Bay, Gelinas said. The new boat will be berthed in Rockland.

About 125 vessels a year in Penobscot Bay require pilots, Gelinas said. The most common cargoes unloaded in the port of Searsport are fuel oil and road salt, he said.

“They are a Class One North American nationally connected railroad. They said the reason they made the purchase was to access the deep-water ports of St. John (New Brunswick) and Searsport, Maine,” he said. “I have no doubt we will see an increase in traffic down the road from that, and we are ready for whatever growth might come.” 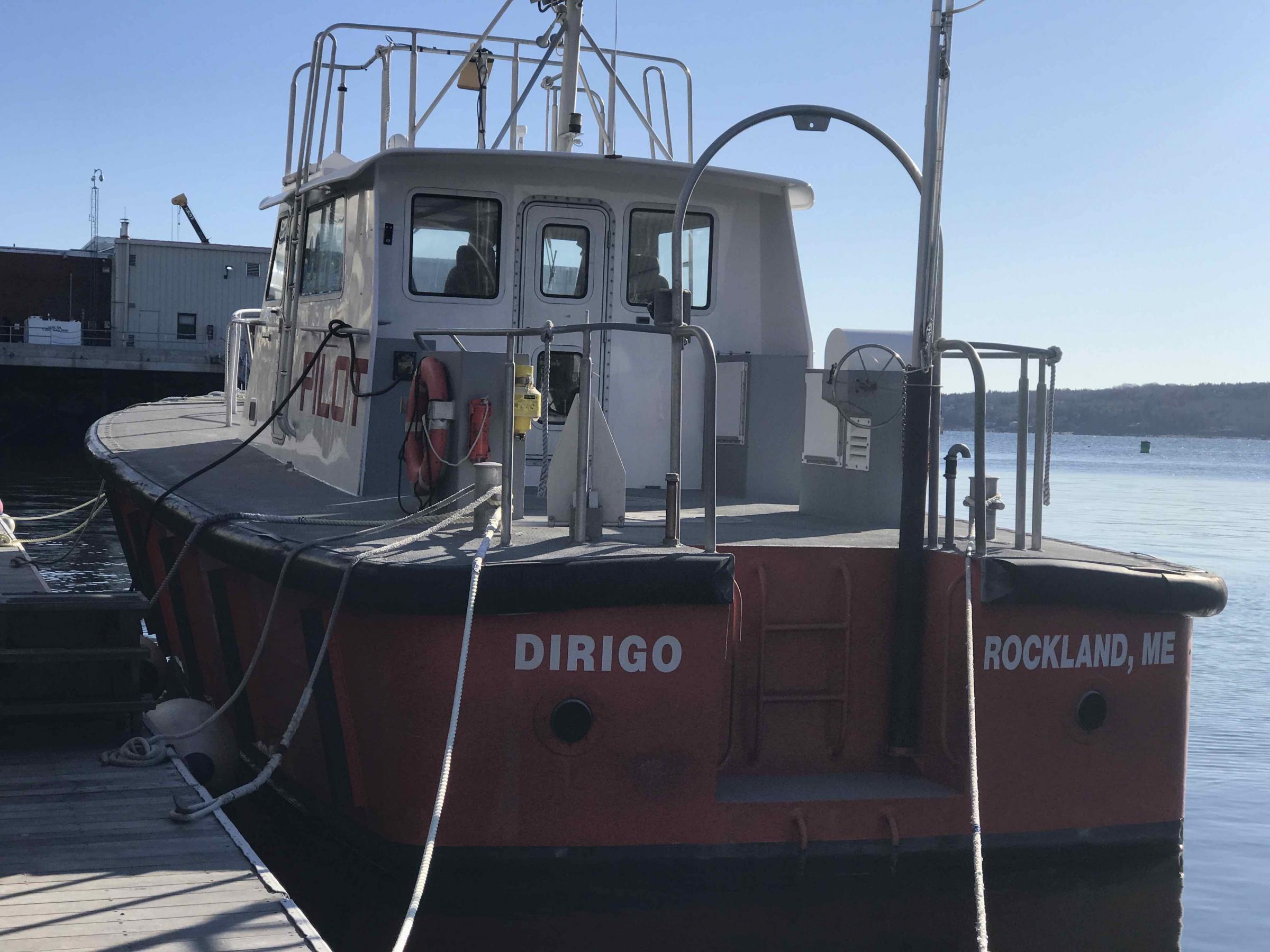