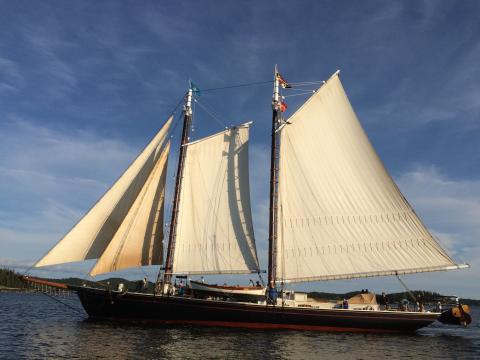 As a young boy Justin Schaefer took a sailing trip with his parents on the schooner J. &E. Riggin in Penobscot Bay. Eighteen years later, he will realize a lifelong dream to become the owner of historic schooner. In the fall of 2020, Captain Jon Finger and chef Annie Mahle, owners of the J. &E.  Riggin for the past 23 years, will pass the baton of stewardship to Schaefer and his wife, Jocelyn Schmidt.
Schaefer worked on the schooner as a teen-age apprentice and then as a professional member of the crew. He even met Schmidt while sailing on the boat.
Schmidt grew up in Ohio and found her way to the tall ship community on a Caribbean study abroad in 2012. In 2015, she met Schaefer on the schooner dock in Rockland, Maine. After their engagement, they moved to Florida to work on yachts, all the while dreaming of moving back to this great state to buy a windjammer of their own.
Although the sale will close next fall, Schaefer will sail on the Rockland, Maine-based passenger schooner this summer with Finger and Mahle, learning the ropes.
Built in 1927 in New Jersey, the J & E Riggin (89’ on deck, beam 23’ and LOA 120’) began life as an oyster dredger. Dave and Sue Allen bought her into the Maine windjammer fleet in 1977 and ran her for 21 years before handing over the helm to Finger and Mahle. She was designated a National Historic Landmark in 1991. The elegant schooner carries up to 24 passengers on four- and six-day cruises from its home port in Rockland.
Mahle, who has published three cookbooks and is working on a fourth, said she looks forward to hitting the road in the fall and exploring the rest of the country, while promoting her books.
“We’re just really proud and honored to be able to pass on the stewardship of this wonderful boat,” she said. “We are so pleased that she will stay in the fleet and we have a young generation who will carry on the tradition.” 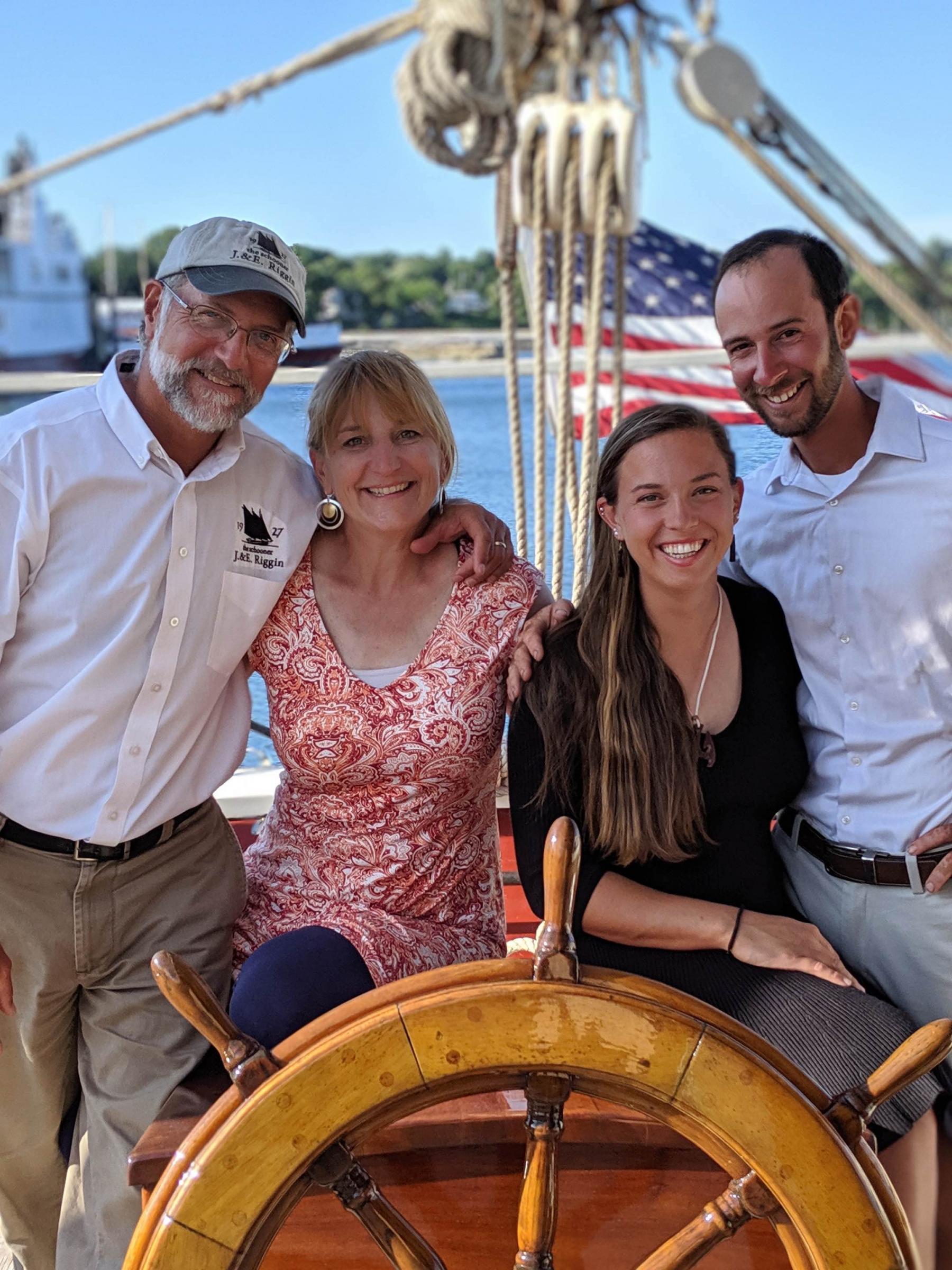 The photo above shows Finger, Mahle, Schmidt and Schaefer at the helm of the Riggin.