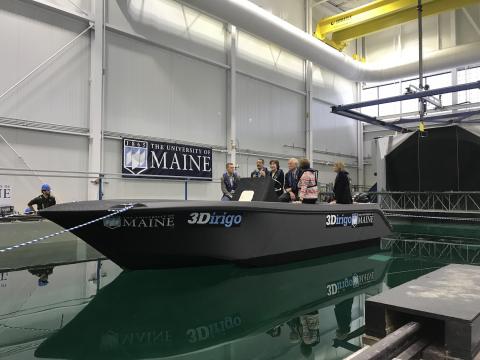 Maine is known for its boat builders. But the most recent boat launched in Maine takes boatbuilding to a whole new level. On Thursday, October 10, the University of Maine unveiled the largest boat ever produced by a 3D thermoplastics printer. The 25-foot, 5,000-pound composite vessel not only is the largest 3D printed object in the world; it also was produced by the world’s largest 3D thermoplastic printer in little more than 70 hours. 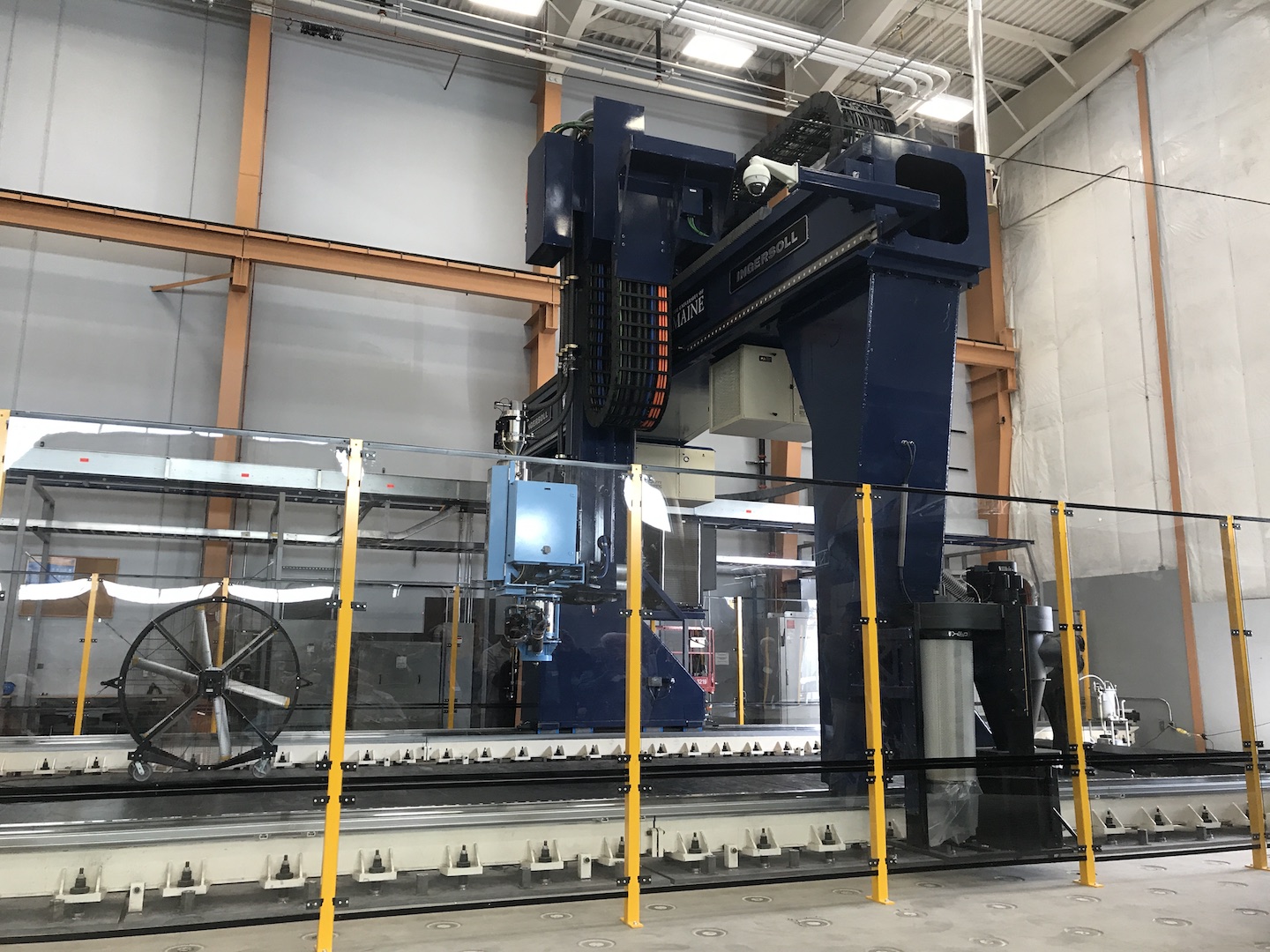 And just in case anyone might challenge those assertions, a Guinness World Records representative was on hand Thursday to present three world records to the composites center at the unveiling: for the world’s largest polymer 3D printer, the largest 3D-printed boat (the previous record was held by a 40-pound rowboat) and the largest solid 3D-printed item (the previous record-holder weighed 1,600 pounds).

“This has never been done in the world,” said Habib Dagher, executive director of the composites center. “The purpose of this is to see what’s possible.”

The 3D printing project puts Maine at the forefront of a rapidly evolving technology and has the potential to make a ground-breaking difference not only for boat-builders, but also for other manufacturing sectors. The new printer, manufactured by Ingersoll Machine Tools, has the capacity to print objects 100 feet long, 20 feet wide and 10 feet tall, which makes it six times bigger than the second largest 3D printer in use.

Working from a blueprint, the computer-controlled “printer” makes three-dimensional objects by adding thin layers of liquid material over and over. The resulting surface contains many small ridges. A separate head on this printer can be used to smooth out the ridges. 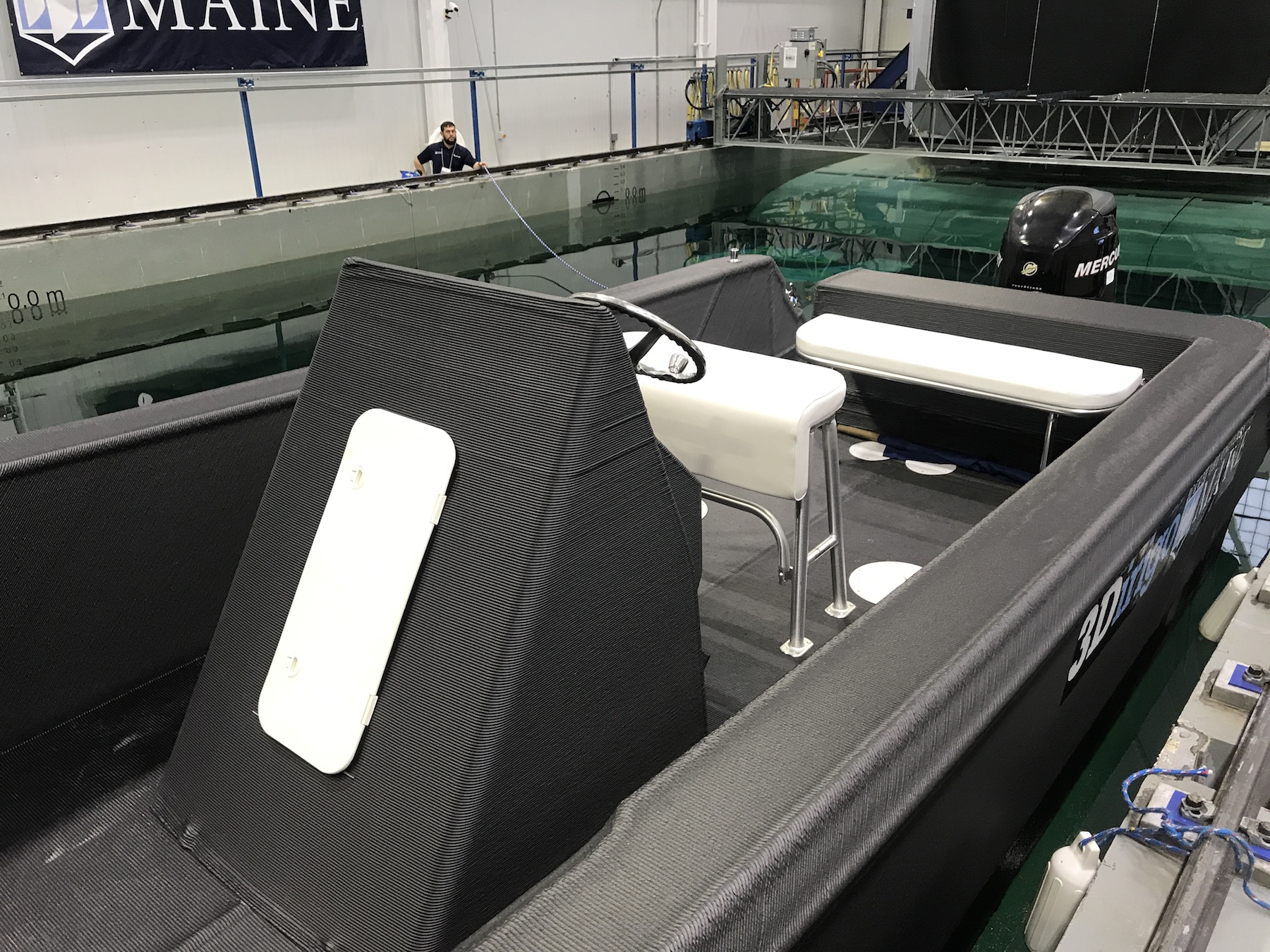 Printing of the 3D boat began on a Thursday evening and was done by the same time the next Sunday evening, 72 hours in all, Dagher said.

The 3D boat, named 3Dirigo, was based on a design provided by Navatek, a high-tech company with offices in Portland. It is the result of an ongoing collaboration between the UMaine’s Advanced Structures and Composites Center and U.S. Department of Energy’s Oak Ridge National Laboratory in Oak Ridge, Tennessee. The goal is to come up with ways to make 3D printing more useful in manufacturing, as well as find ways to use wood-based products in the process.

In addition to a $20 million grant for the Oak Ridge collaboration, UMaine received $500,000 from the Maine Technology Institute to form a technology cluster to help Maine boatbuilders explore how large-scale 3D printing using economical, wood-filled plastics can provide the industry with a competitive advantage. By 3D printing plastics with 50% wood, boat molds and parts can be produced much faster and are more economical than today’s traditional methods, said Habib Dagher, executive director of the composites centerBoatbuilding partners on hand Thursday included Hodgdon Yachts, Sabre Yachts, Navatek, and Front Street Shipyard, which put a 150HP Mercury engine on the 3D printed boat as well as basic seating and controls (all for show since this boat will not actually be used.)

The boat was printed to show what the new printer can do, Dagher said. No one at the event Thursday expected to see production boats emerging from 3D printers anytime too soon. The real potential for boat-building right now is to figure out how to used 3D printing to make molds for hulls and parts more efficiently. Oak Ridge and UMaine worked on a separate 3D printing project that resulted in a mold for a boat part made from a material that was half wood and half plant-based plastics. That mold, which was for the roof part of one of Hodgdon Yachts’ limo tenders, was on display at Thursday, along with a shipping container made from composites and a 3D printed military shelter. 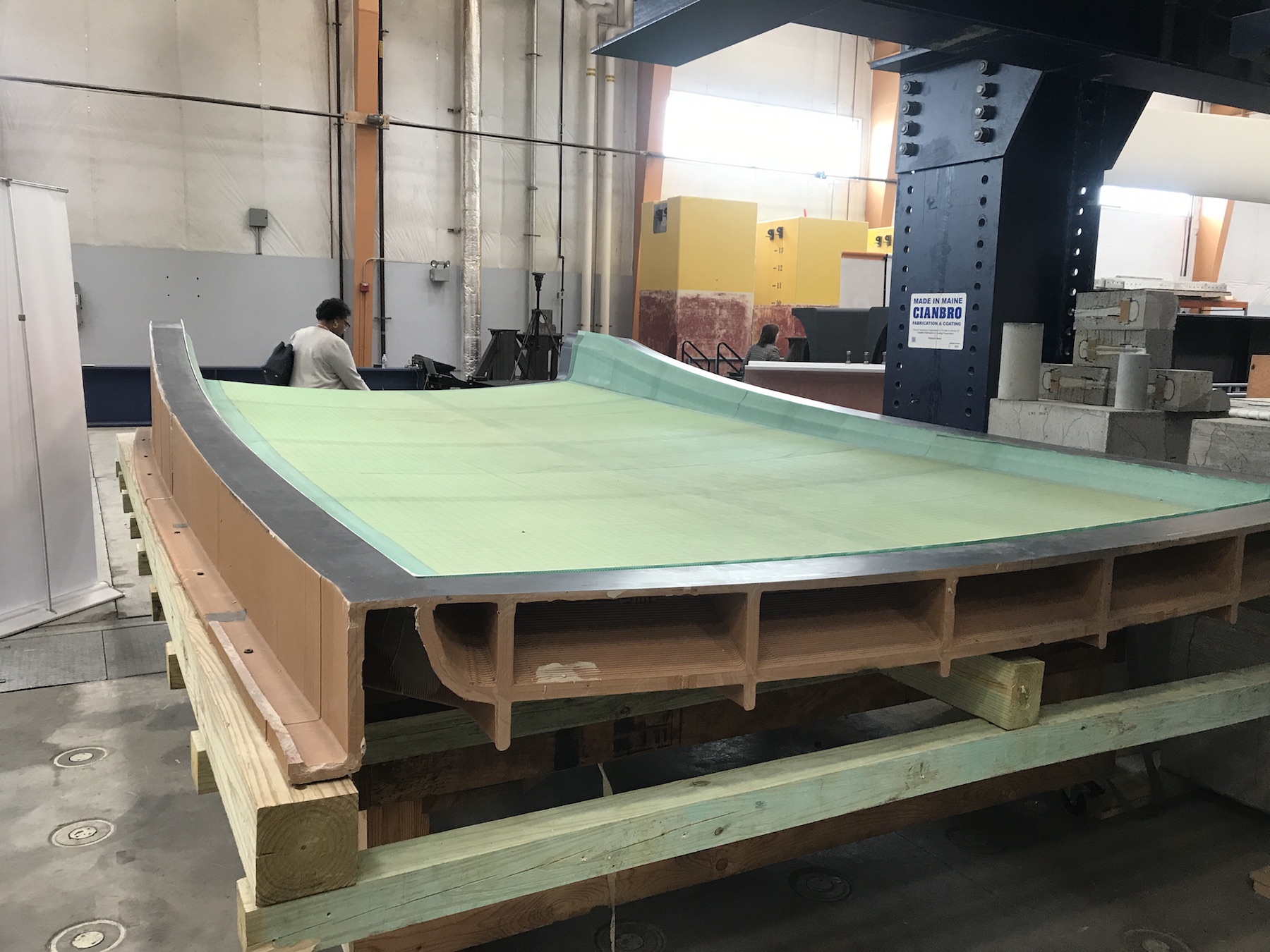 A crowd of business people, University of Maine leaders, federal and state officials, members of the military, students and community members were on hand Thursday for the unveiling of the boat and the printer. The boat was then moved to the pool in the university’s Alfond W2 Ocean Engineering Laboratory where U.S. Sens. Susan Collins and Angus King, U.S. Rep Jared Golden and others boarded it for a test ride. The offshore model testing facility is equipped with a high-performance wind machine over a multidirectional wave basin. While the group of officials stood at the vessel’s console (all wearing lifejackets), the basin sent out waves that gently rocked the hull. 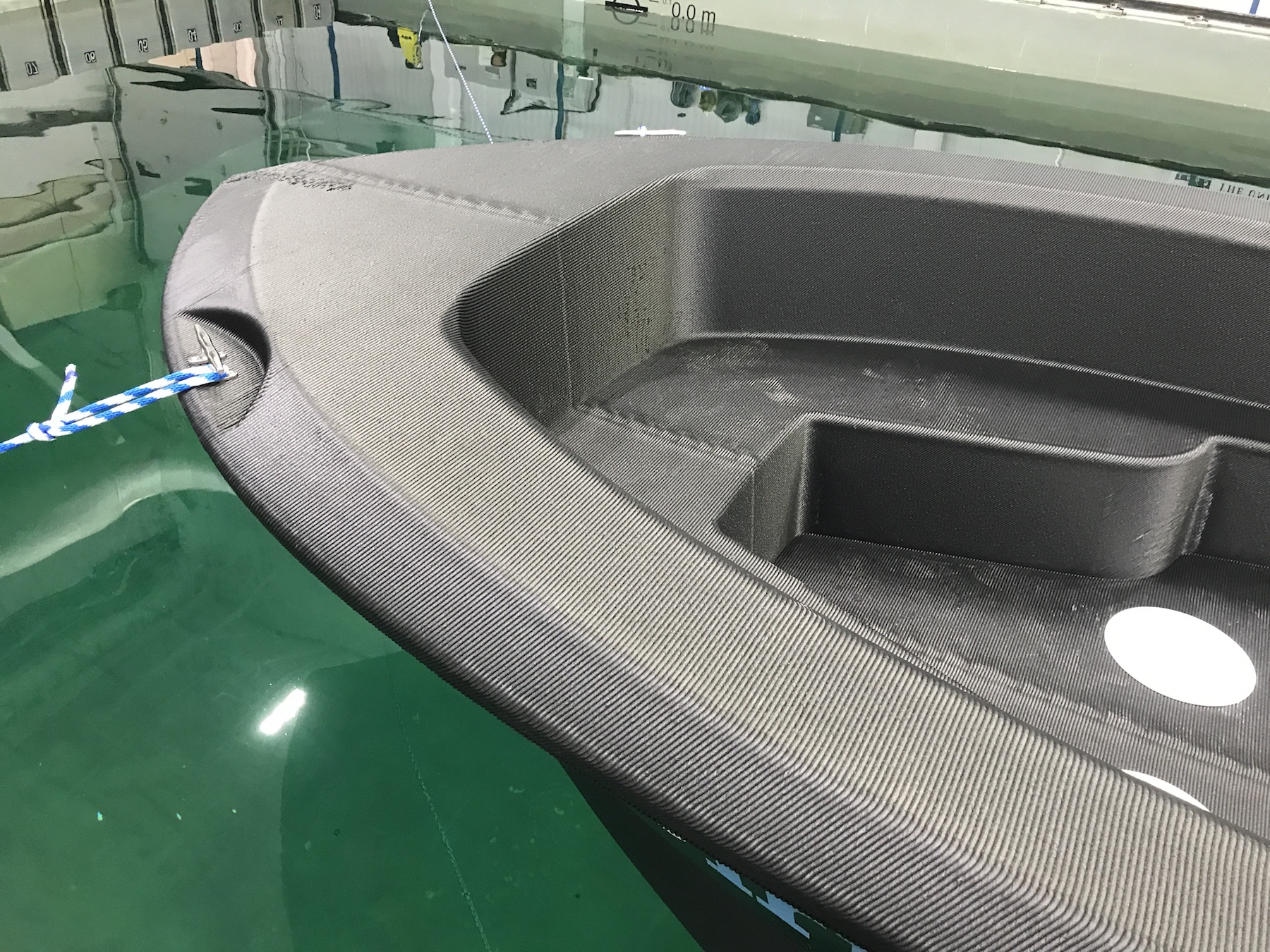 Watch a time-lapse video of the 3D boat being printed here: