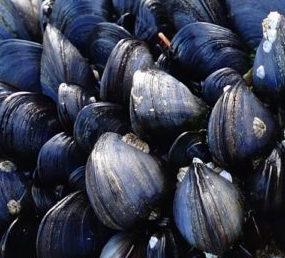 The Maine Department of Marine Resources is in the process of recalling mussels harvested from Frenchman Bay as a result of a toxic algae bloom, and the state agency also has closed a large area to further harvesting.

As of Tuesday, Sept. 19, the DMR said that it had recovered 98 percent of the impacted shellfish.

A total of 58,080 pounds of mussels harvested in Frenchman Bay were affected by the recall which went into effect Friday, September 15. By Monday, September 18, 57,492 pounds had been recovered and destroyed, according to DMR.

“At this point the recall is complete and due to the cooperation of the dealers involved we have been able to recover nearly all of the affected product,” said Kohl Kanwit, Director of the Maine Department of Marine Resources Public Health Bureau.

The recall follows a closure implemented Thursday September 14 of the area between East Point on MDI and Cranberry Point in Gouldsboro to the harvest of mussels, clams, oysters and whelks (carnivorous snails). The closure was due to elevated levels of domoic acid, the biotoxin that causes ASP.

A second area between Machiasport and Calais has also been closed as a precaution due to elevated concentrations of the algae associated with ASP in water samples. No shellfish in that area has shown actionable levels of domoic acid, however shellfish testing will continue. The entire coast of Maine is being continually monitored.

All Maine shellfish dealers were notified Friday that mussels harvested between September 10 and 14 in the closed area from MDI to Gouldsboro were subject to the recall. Mussels were the only product impacted by the recall.

The FDA mandates that closures and recalls be implemented if shellfish have 2 milligrams of domoic acid per 100 grams of shellfish tissue.

Dealers were instructed by DMR, per National Shellfish Sanitation Program guidelines, to provide a list of all customers and amounts of mussels sold which had been harvested from the area between MDI and Gouldsboro between September 10 and September 14. They were also directed to provide regular written reports of recall activities to the department.

Dealers were also instructed to tell their customers to destroy any product on hand by denaturing it with bleach and disposing of it in a dumpster or landfill.

Individuals who develop symptoms are advised to visit a health care provider for assessment and treatment. More information on ASP is available on the Maine CDC website.