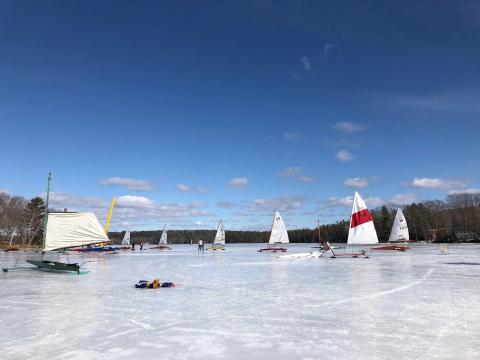 Sailors in Maine and elsewhere in the frozen north don’t let winter slow them down. They embrace the cold and, especially, the ice.

Sunday, March 1, found close to 40 ice-boats screaming across the frozen water of Damariscotta Lake. About 17 of the boats were DN racers competing in the New England Ice Yacht Association’s Doc Fellows Regatta on the north end of the lake. On the south end, less competitive sailing cruiser types navigated an orienteering course through lovely bays and around islands. 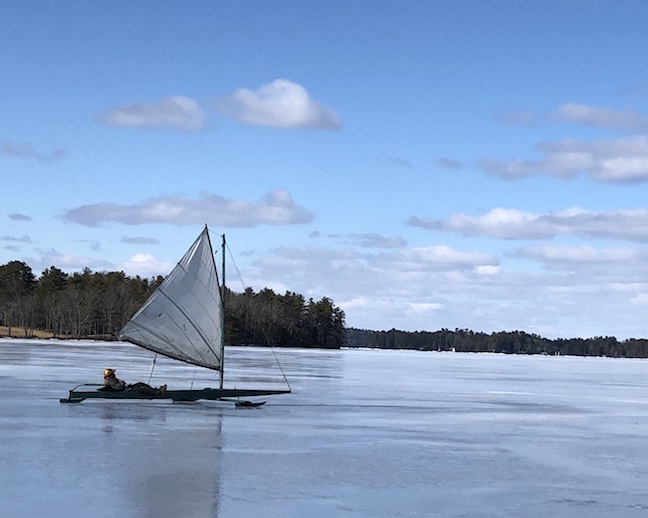 The pace was anything but leisurely, though, as high winds swept the boats along at high speeds, forcing many sailors to reef. The boats shown in these photos include an antique, gaff-rigged stern-steerer named Tippy, under the direction of maritime historian Ben Fuller, who took Maine Boats Homes & Harbors Publisher John K. Hanson Jr. along for ballast.

The video in this link shows a mini-skeeter, which is a small, modern, one-man speedster.

Blast from the past