and its False Front Door 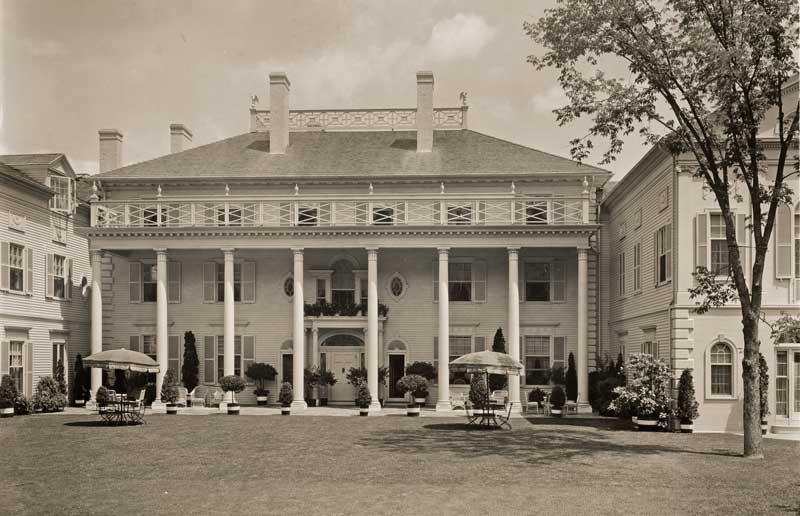 What looks like the main door to the Stotesbury family’s summer mansion in Bar Harbor was modeled on the door at the Nickels-Sortwell House in Wiscasset (see page 78). But unlike its model, the Stotesbury door actually did not provide access to the house. The real, working doors were the two small ones on either side of the portico. Photo Collections of Maine Historical Society, Mattie Edwards Hewitt photographer

Things are not always what they appear to be. This September 1934 photograph captures the E.T. Stotesburys having lunch al fresco with Mrs. Stotesbury’s sons at “Wingwood House,” the Stotesbury cottage at Bar Harbor. But this article is not about the lunch party. Bear with me, we’re going to be taking a few twists and turns.

Look to the center of the photograph. No, not at Doris Duke, soon to be affianced to Mrs. Stotesbury’s bad-boy, serial heiress-marrying son, James HR Cromwell. Rather, look at the portico behind her. No, not the large two-story portico, but the little one behind it. 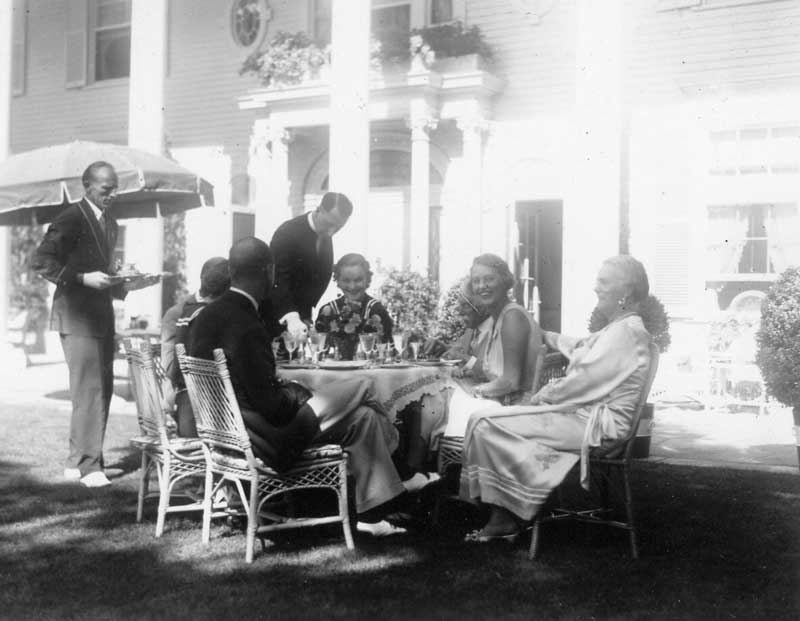 In 1926, when the Stotesburys purchased “Four Acres,” the former AJ Cassatt cottage by Chapman & Frazer, Mrs. Stotesbury, who was already chatelaine of a Palladian palace outside Philadelphia and a Spanish palazzo in Palm Beach, decided she wanted a distinctly New England house for Bar Harbor. Howard Major, a prominent Long Island-Palm Beach society architect, was chosen to make the transformation. Mrs. Stotesbury was dissatisfied with the chaste result (local wags referred to the new house, painted white, as “the Giant Marshmallow”). She turned to Magaziner, Eberhard & Harris, theater architects in Philadelphia, to enhance the house again in 1927. For inspiration, Mrs. Stotesbury and her architect took a road trip through Eastern New England. They were obviously armed with a copy of Fiske Kimball’s Architecture of the American Colonies and the Early Republic (and one suspects, perhaps, advice from Kimball himself, recently appointed Director of the Philadelphia Museum of Art). The result was that the already impressive house sprouted new wings, adorned with details copied and pasted with merry abandon from a number of famed prototypes, particularly Samuel McIntire of Salem, a Kimball favorite. Thus completed, “Wingwood” was a veritable pastiche of the greatest architectural hits of Federal New England. 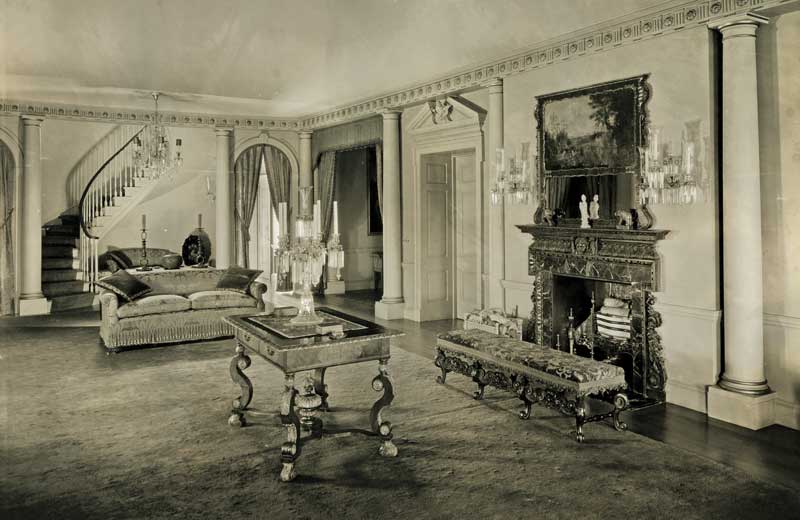 The false door was on the exterior of this staircase. The real entrance is behind the curtains to the right. Collections of Maine Historical Society, Mattie Edwards Hewitt photographer

Which brings us, by the long route, to that “little” portico. Its prototype is on the Nickels-Sortwell house in Wiscasset, a house specifically admired by Mrs. Stotesbury (two photo postcards remain in the Magaziner archive).  So, in due order, a copy was designed, and pasted to the facade at the site of the former Cassatt front door. Except, contrary to all appearances, including that the door was fully operational, it opened only to a blank wall backing a curved staircase on the opposite side. The actual exits from the hall were a pair of doors flanking the false door, crowding the composition. As I say, things are not always what they appear to be. 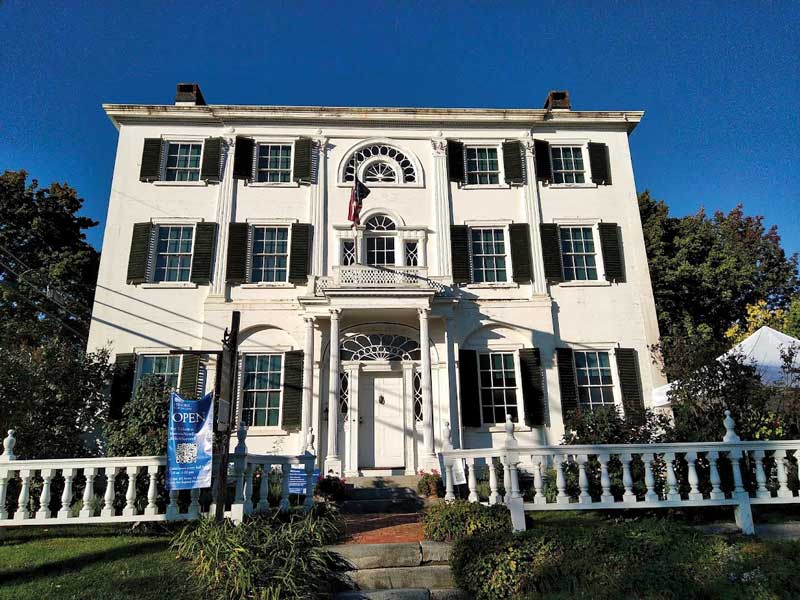 The Stotesbury cottage in Bar Harbor was torn down, but the Nickels-Sortwell House has been preserved. Photo by Brad Emerson

When the Stotesbury cottage was torn down in 1953, its parts were put out to salvage. Many bits and pieces—fireplace mantels, doors, capitals from columns, and carved details—have appeared over the years. I like to think that somewhere that little portico, unlike the Duke-Cromwell marriage, survived.

A native of Blue Hill, antiques dealer Brad Emerson has always been fascinated with the built environment, and writes an occasional architecture blog called the “Down East Dilettante.”

Sea Tales at the Big Table