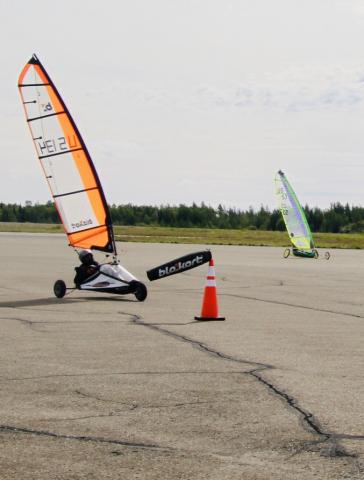 A group of ice-boat sailors, unwilling to wait for Maine’s lakes and ponds to freeze over, adapted their craft for land-sailing and held the first club-sanctioned land yacht regatta in the east Sept. 11-12.

Twenty competitors, from as far away as Long Island, New York, and southern Connecticut, showed up for the three-day event, which was held on the long-runways at the former Loring Airforce Base in northern Maine. 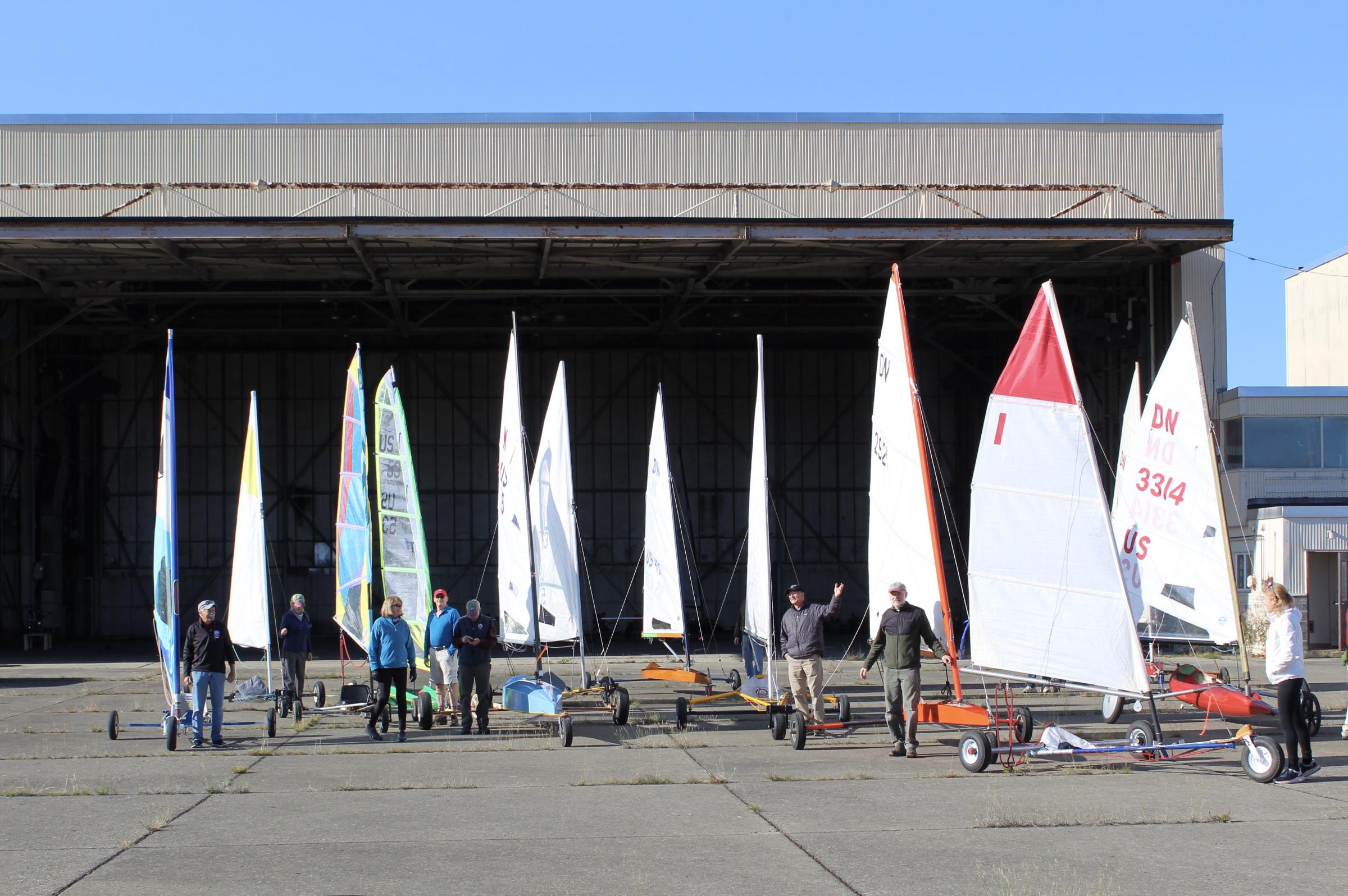 “It was amazing,” said Bill Buchholz, a Midcoast boatbuilder who organized the event under the auspices of the Chickawaukie Ice Boat Club (iceboat.me). “It felt like we were all part of something new and precious. It was one of those things that defies processing: you just don’t have a file to put it in.”

While most of the racers simply adapted their ice-boats, adding wheels and brakes, a couple of sailors, including Buchholz raced purpose-built land-yachts. There were two courses, a seven-mile run that circumnavigated the entire runway flight line and a shorter two-mile run. 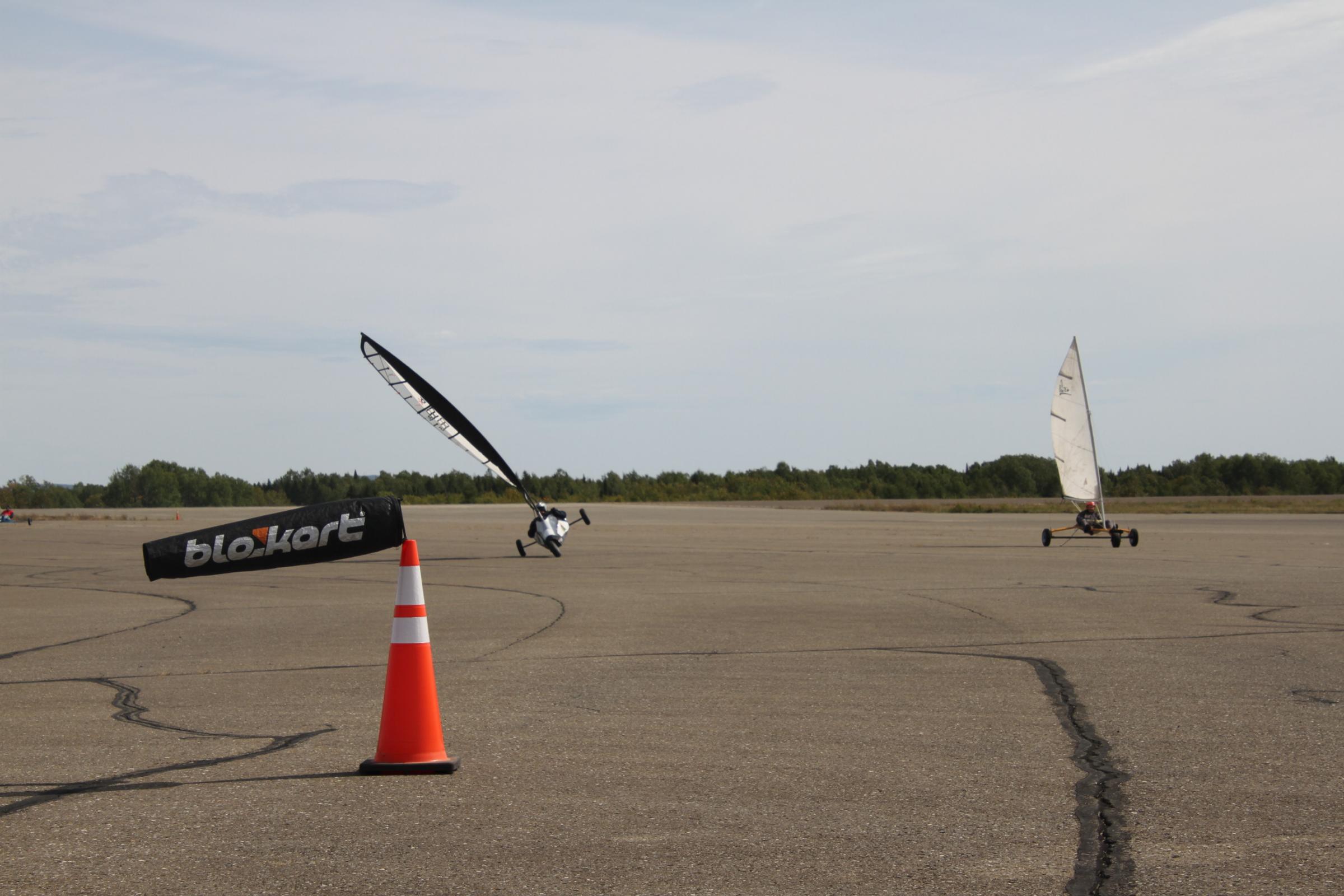 Land yachts have never taken off in the East for the simple fact that there’s no good place to sail. The West has deserts and dry lake beds; Europe has big tides and hard beaches, Buchholz said. But this spring a few iceboaters who would not accept the end of the season began to search for a suitable venue and hit on the idea of using Loring. Built during the Cold War, Loring was an important Strategic Air Command Base with two runways designed to accommodate large bombers and tanker aircraft. The base closed in 1994.

“We scouted it for sailing possibilities, connected with the authorities to secure permission for a regatta, and the rest is history: the first fully club sanctioned land yacht regatta east of the Rockies,” Buchholz said.

The racing was close and competitive, with leads changing many times during any given race. There were no collisions, Buchholz added, but there was some “carnage,” especially on Sunday when the wind picked up. “Blowouts and slow flats, one broken mast, quite a few cooked bearings and one actual de-wheeling” he said, noting that one racer crossed the finish line holding up the sail after his mast came down near the end of a race — he came in first anyway. 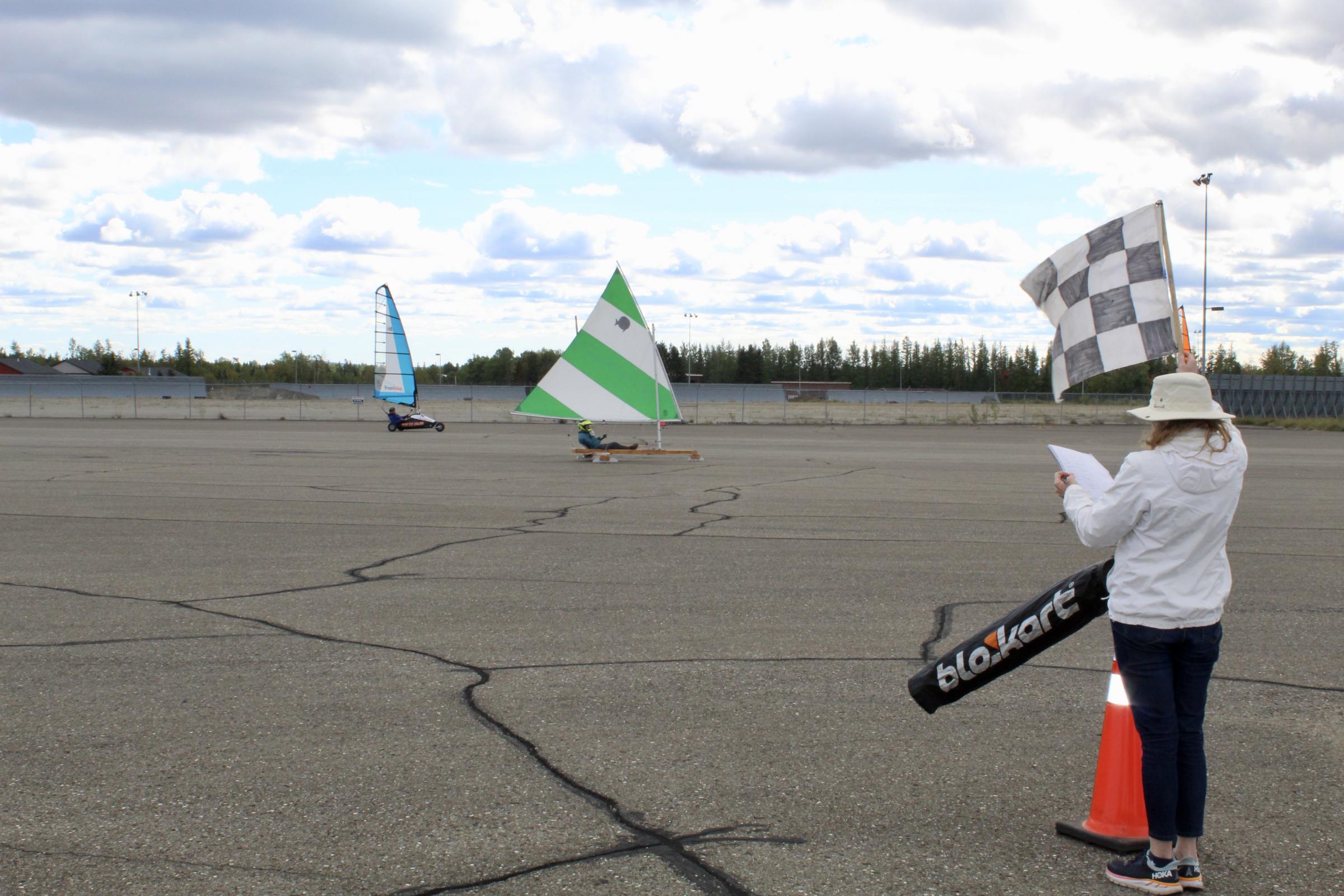 Buchholz did not clock his speed, but on Sunday he estimates he hit upwards of 50 miles per hour. “I took off like a rocket. I got to the first turn and looked back and whole fleet was a mile away. Then I hung a sharp right and blew a tire.”

The racers had so much fun that they have already reserved Loring for another land-regatta next year on the first weekend after Labor Day. 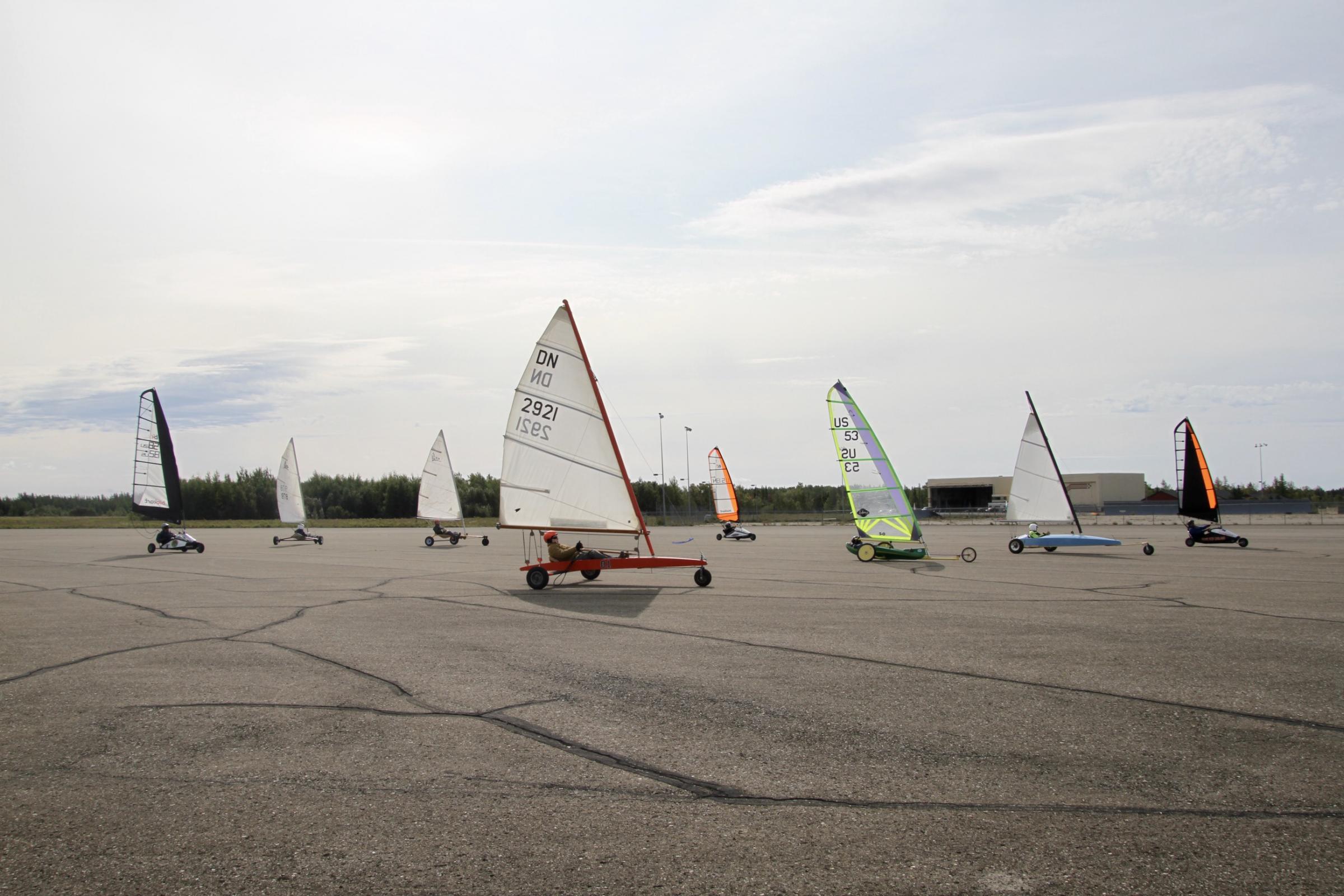 “A regatta like this certainly has a lot in common with iceboating, but to be racing on giant runways surrounded by the history of the Cold War, indeed, playing on its legacy, adds a profound element of sheer magnificence,” Buchholz said.

All the photos above were taken by George Willliams

Here are links to a couple of videos of the racing.

https://youtu.be/2rqW6NK23j8 the view from a competitor’s landyacht on roller blades.