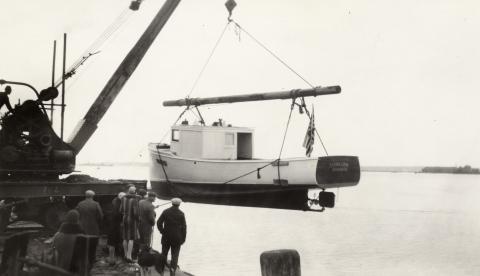 After three years of processing the impressive photo archives of National Fisherman magazine, Penobscot Marine Museum has reached their goal: a comprehensive collection of high-quality digital photos, along with the carefully preserved originals. This collection presents a visual timeline of American fisheries. These images capture the drama, grit, expertise, and resourcefulness that characterize the industry. The scope of this collection has few rivals. It includes nearly 25,000 photographs. They can be v iewed at https://penobscotmarinemuseum.org/national-fisherman/.

One theme that stands out are the shots of people at work: hauling traps and nets, repairing trawlers, building aluminum hulls, setting Coast Guard buoys.

The National Fisherman photographic archive, entrusted to the Museum in 2012 for long-term preservation, tells a critical story, the rise of industrial fishing and its consequences for fish and fishermen, although this was never the intent of the publishers. After all, National Fisherman is a periodical, intended to keep fish harvesters and the interested public up to date about emerging practices and technologies, changes in regulation, and to relate the experiences of men and women who make their living at sea and in the fisheries. That being the case, the magazine was on the ground, more accurately, at sea, during these crucial decades when technology changed the fishing industry. 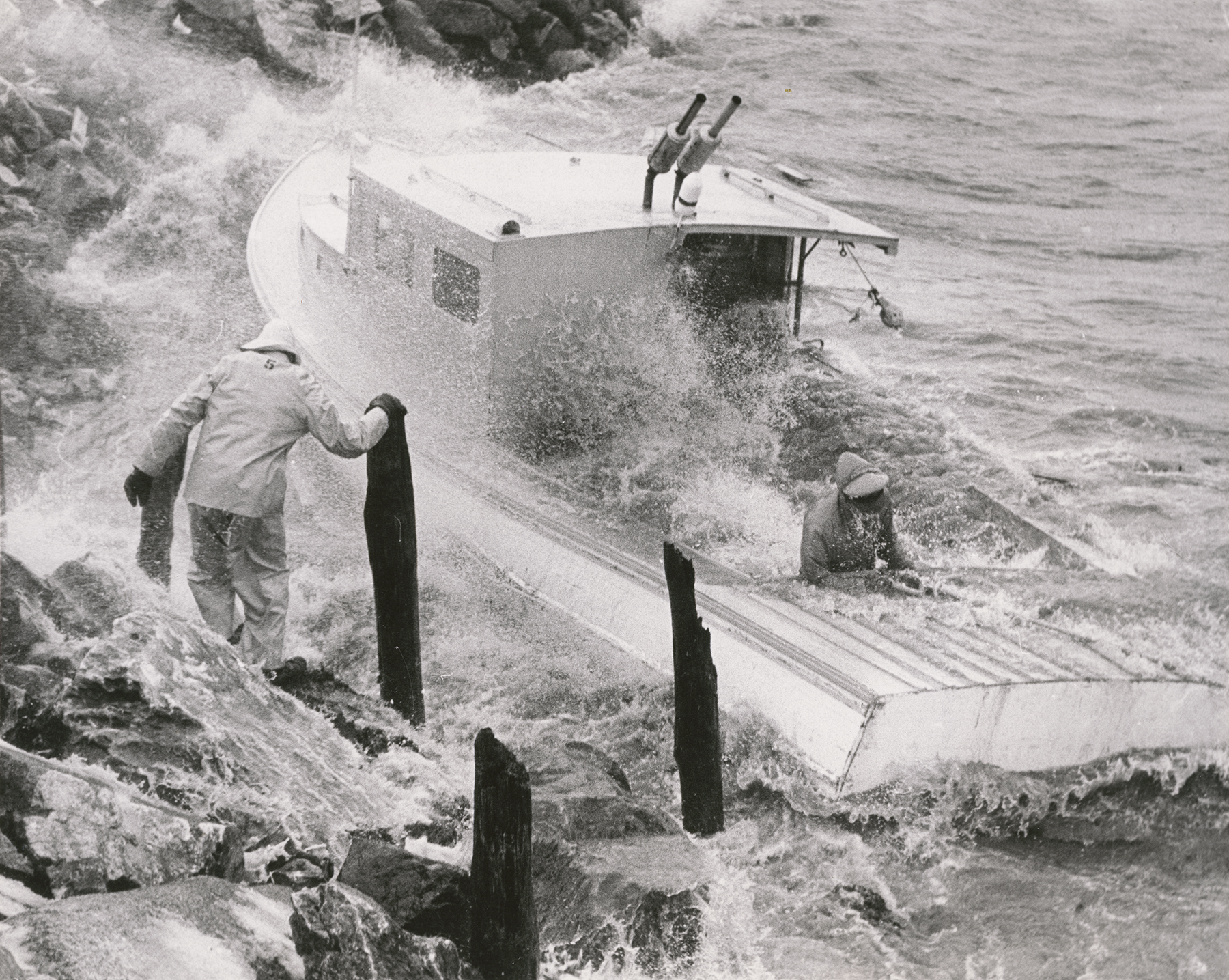 Photo: Boatswain's Mate Stanley Metcalf from the Rockland, Maine Coast Guard station struggles to prep this casualty of a 1971 winter gale for towing. Once tethered, she started to sink and the rescue boat cut the line; she met her end after being dashed up against the granite breakwater in outer Rockland harbor.

This project was funded in part by the National Maritime Heritage program, administered by the National Park Service, and by the Institute of Museum and Library Services.

In addition to the National Fisherman archives, thanks to a grant of $3,886 from the Maine Historical Records Advisory Board, the Penobscot Marine Museum has rehoused and cataloged four collections documenting quintessential 19th and 20th century Maine industries. The collections document the shipping of Maine’s natural resources, the use of Maine built ships in the global trading routes, and the evolution of Maine’s lobster boats. 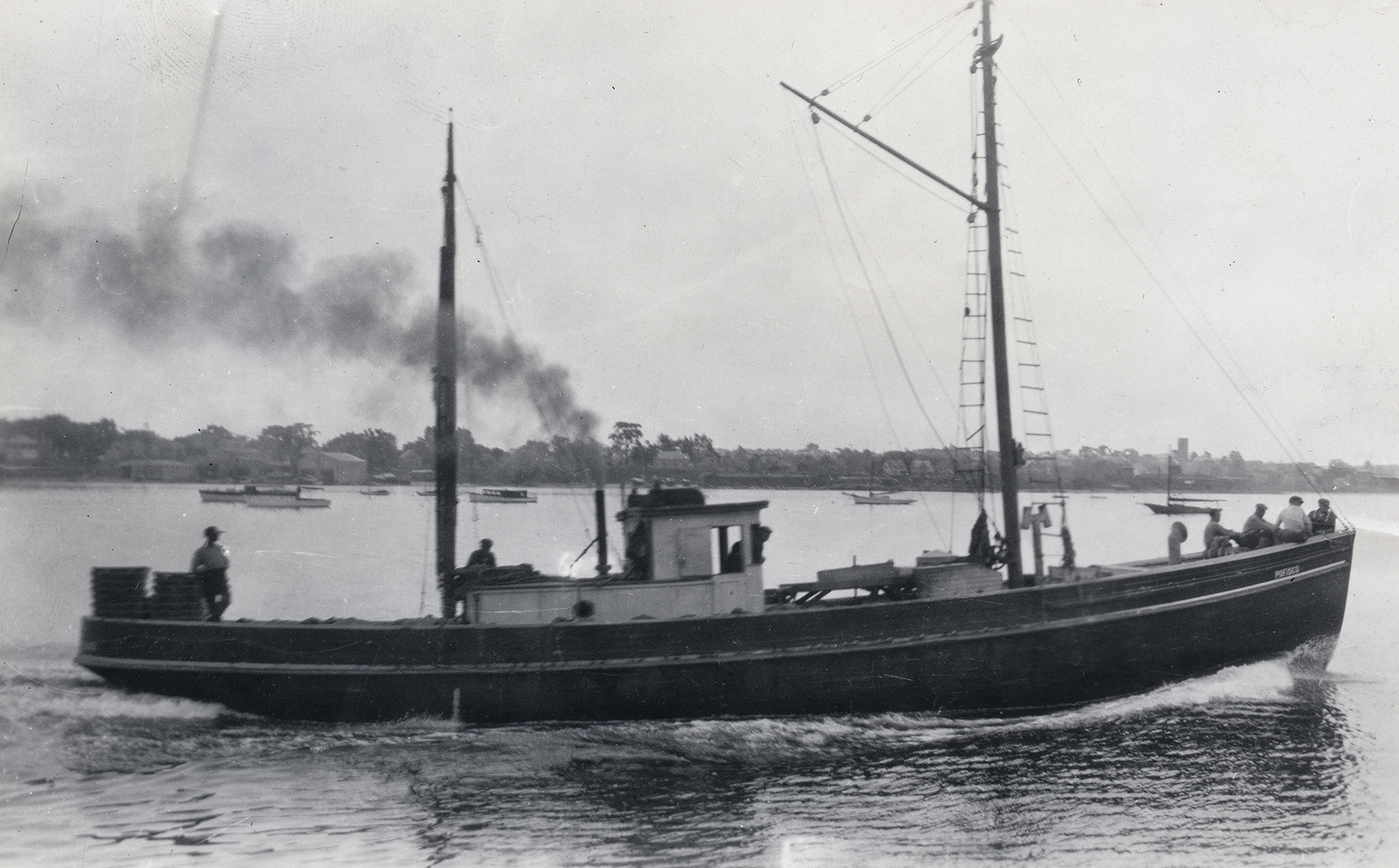 The Gillchrest Collection consists of over 3,000 family letters, ship documents, and business correspondence of Captain Levi Gillchrest, a Thomaston merchant mariner, spanning from 1826 to 1877, involving the shipping of Maine lime and timber around the globe. The Gillchrest Collection is a gift of Renny and Julie Stackpole. The Richard Lunt Collection documents the lobster boat builders in Mount Desert and Jonesport-Beals, from 1880 to 1989, and explores the regional origins and early evolution of the Maine lobster boat that led to the design differences between the Jonesport-style, Mount Desert Island, and Casco Bay lobster boats of today. The Richard Lunt Collections is a gift of Richard Lunt. The Whitcomb, Haynes & Whitney Business Records provide insight into the day to day business of an Ellsworth lumber and shipping business from 1873 to 1929. The records are a gift from Marc S. Blanchette.

Museum offices and the research library are open year-round. Exhibits are open seven days a week, Memorial Day weekend through the third Sunday in October. The visitor center is at 40 East Main Street, Searsport. For more information call 207-548-2529 or visit www.penobscotmarinemuseum.org.