Once upon a time—fairly recently, actually—the open topside platform on a powerboat was called a flying bridge—a noble, evocative, blow-your-hair-back term with roots in the Navy’s old torpedoboat destroyers. Then someone, for reasons known only to him or her, started calling it a flybridge, and the editors of the national boating slicks down in the big city picked up the term and went with it. “What is this?” one of my correspondents once asked. “A bridge for flies?” The word saloon has morphed in the same way. For generations the saloon was the principal common space on a yacht, comparable to the living room in a house. Then along came an ad writer who didn’t know the difference between Stormy Weather and intermittent showers, and we got that degeneracy, salon. For the record, a salon is a place where women and those troubled men who have forgotten the hallowed heritage of the barbershop get their hair styled. It is also a place where people with literary and intellectual pretensions meet in the afternoon for tea. It is not the place where cocktails are served after the yacht has rounded the last buoy, the harbor furl is in, and the sun has passed over the yardarm. Most businesses and institutions leave their clients with calling cards and brochures, perhaps even a commemorative key chain or an electric-blue windshield scraper, but Eastport’s Boat School has topped them all. On visits to conferences and trade shows, representatives from the school, which teaches boatbuilding and other marine trades and is now affiliated with Husson College, leave behind jars of “Boat Builder’s Composite Mustard,” a custom composite made for them by Raye’s Mustard of Eastport. Speaking of composites, Wilbur Yachts of Southwest Harbor has plans to expand, particularly in the area of composite technology, now that it has been certified as a Pine Tree Development Zone by the Maine Department of Economic and Community Development. Pine Tree Zones are subject to reduced taxation in the interest of encouraging business investment. The marina at the Point East Maritime Village development on the Sheepscot River in Wiscasset is due to open this summer. While plans call for 239 slips eventually, this initial phase will have 20 to 25. The Brooklin Boat Yard and boatbuilder Donald Tofias are joining forces to continue building the justifiably famous peapods built by the late Jim Steele. (For more information about Steele and his peapods, see “Remembering Jimmy Steele” by Bill Mayher in MBH&H #98, February/March 2008). Boatbuilder and modelmaker Dynamite Payson of South Thomaston, who lived with his young family on Metinic Island for several years back in the 1950s while he fished for lobsters (see “Metinic On My Mind,” by Dynamite’s wife Amy in MBH&H #81), remembers the old island outhouse: “The passage of time or some other unknown cause recently did what no storm was able to do before, during, or since the Hurricane of 1938,” Dynamite writes. “It finally leveled the tall and skinny outhouse that stood so proudly all those years on the northern end of Metinic. I’m sure its demise would have saddened the outhouse’s unknown builder, who put so much of himself into the construction, including thoughtfully providing a door that swung inward. Apparently caught up in the beauty of his creation, he was moved to poetry and inscribed the following on the inside wall of his pride and joy: This little house is all I own I aim to keep it neat. Please be kind with your behind And don’t s**t on the seat.” 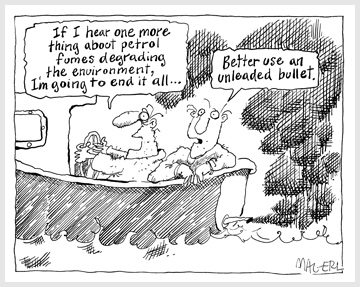