This being our Winter issue, what better way to get in the mood than to have a few words by yacht designer William Atkin about a visit to a boatshop on a winter night back in the early 1930s? “To the west of the shop,” wrote Atkin, “between the mill and the harbor several winter-stored yachts snuggled together to protect themselves from the cold. It was the latter ones, my shipmate and I had come to listen to, this winter night. And what do boats—old ones and young ones—talk about? They will talk about themselves, their neighbors, their ailments, their hopes, their prospects, and their discouragements much the same as people talk. “In passing it is refreshing to record that, excepting certain glittering needle-nosed ocean-racer cliques among them, there is nothing of boastfulness in the pixie-like nocturnal conversations among the winter time occupants of boat storage yards near and far. I am happy to add this is about what one would expect of honest, plain, wholesome, useful boats of which, fortunately, there are so very many.” A fascinating solution to a dispute between the owner of a restaurant in Old Orchard Beach and the town manager, as reported in the Portland Press Herald: “A nasty argument that began with purported remarks about prostitutes on the Old Orchard Beach Pier and accusations of slander ended with an exchange of T-shirts and the promise of a new marketing campaign.” Perhaps the State Department could use a similar solution when dealing with some of this country’s festering international squabbles. Over the bar: George Welch, 66, naval architect and marine surveyor; June 23, 2007, in Hope, Maine. 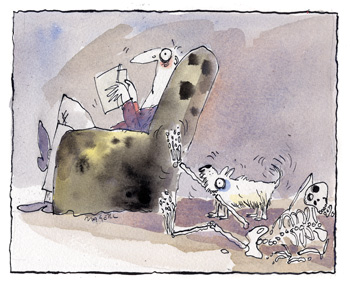 Letters to the Editor 156