This being the beginning of the serious sailing season along the coast of Maine, a few words on the joy of it all are in order. Here is perhaps the all-time finest exposition on the subject by John Masefield, a hand aboard a sailing ship in the South Atlantic Ocean off the River Plate: “The wind had been slowly freshening for twenty-four hours, and for one whole day we had whitened the sea like a battleship....The wind roared up aloft and boomed in the shrouds, and the sails bellied out as stiff as iron. We tore through the sea in great jumps—there is no other word for it. She seemed to leap clear from one green roaring ridge to come smashing down upon the next. I have been in a fast steamer—a very fast turbine steamer—doing more than twenty knots, but she gave me no sense of great speed. In this old sailing ship the joy of the hurry was such that we laughed and cried aloud. The noise of the wind booming, and the clack, clack, clack of the sheet-blocks, and the ridged seas roaring past us, and the groaning and whining of every block and plank, were like tunes for a dance. “We seemed to be tearing through it at ninety miles an hour. Our wake whitened and broadened, and rushed away aft in a creamy fury. We were running here, and hurrying there, taking a small pull of this, and getting another inch of that, till we were weary. But as we hauled we sang and shouted. We were possessed of the spirits of the wind. We could have danced and killed each other. We were in an ecstasy. We were possessed. We half believed that the ship would leap from the waters and hurl herself into the heavens, like a winged god. “Over her bows came the sprays in showers of sparkles. Her foresail was wet to the yard. Her scuppers were brooks. Her swing-ports spouted like cataracts. Recollect, too, that it was a day to make your heart glad. It was a clear day, a sunny day, a day of brightness and splendour. The sun was glorious in the sky. The sky was of a blue unspeakable. We were tearing along across a splendour of sea that made you sing. “Far as one could see there was the water—shining and shaking. Blue it was, and green it was, and of a dazzling brilliance in the sun. It rose up in hills and in ridges. It smashed into a foam and roared. It towered up again and toppled. It mounted and shook in a rhythm, in a tune, in a music. One could have flung one’s body to it as a sacrifice. One longed to be in it, to be a part of it, to be beaten and banged by it. It was a wonder and a glory and a terror. It was a triumph, it was royal, to see that beauty.” Who knew there would be such a thing as a Worldwide Mustard Competition and that it would be held annually in Napa Valley, California? Evidently there is, and this year Raye’s Mustard of Eastport, Maine, took the gold medal in the Classic American Yellow Mustard category for their Down East Schooner brand. That makes five golds for the company at the worlds in recent years—1998, 1999, 2002, 2006, and 2007. Another Maine coast institution is up for an award. Bagaduce Lunch, a seasonal seafood shack in Brooksville that we reviewed in our March 2007 issue, MBH&H #93, made the finals of the America’s Classics Division of the 2008 James Beard Foundation Awards. Who knows, maybe by the time you read this they will have taken the gold medal. 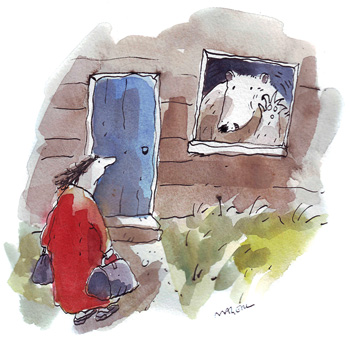