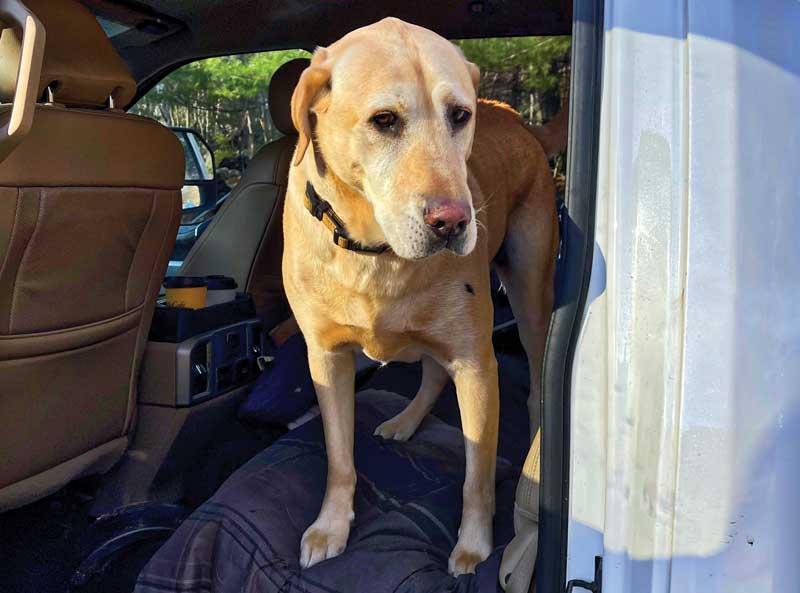 Oliver started out working at a boatyard, but these days the Lab mix has been spending more time at his partner Josh Howard’s farm.

Howard, founder and owner of Northeast Boats in Northport, acquired Oliver from his daughter. Since then, the friendly pooch has sailed up and down the East Coast with Howard on water-borne boat deliveries, and has acted as co-pilot in the truck with Howard on land-based boat-hauling expeditions. He loves his human partner and works hard to stay close by, even climbing up the staging around boats under construction. But Howard has spent less time at the yard in recent months since his employees became part owners of the yard. Instead, he has been working on a farm in Central Maine that he acquired recently.

“He’s gone from being a boatyard dog, to a hay dog,” says Howard with a chuckle. 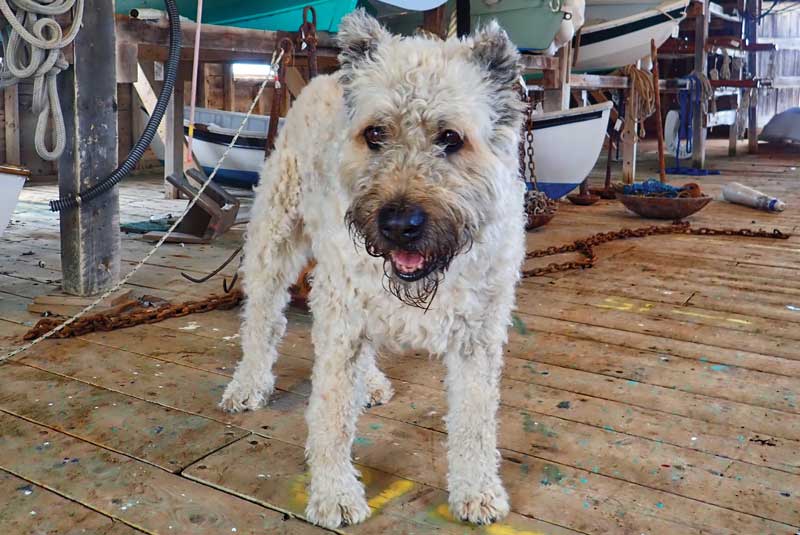 Lucy White, a Bouvier des Flandres, is a true boatyard dog. She has helped manage the Brooklin Boat Yard (in Brooklin, Maine) since she was 2 months old and has the schedule memorized. She makes the rounds at the 9 a.m. coffee break and the 11:30 lunch break, greeting the crew and sharing their meals. Now 10 years old, she is a semi-retired boss, and like many bosses, tends to come in late, leave early, and often can be found napping in her office.

Lucy is proudly carrying on the Brooklin Boat Yard Bouvier legacy, being the third to work at the yard (the first was Tucker, followed by Lucy’s cousin, Layla).

When she’s not at work, Lucy can be found cruising the harbor with her dad, Steve, or gardening with her mom, Jen. She has also been known to holiday from time to time. Her most recent family vacation was a road trip down the East Coast that included flying on a sea plane from Florida to the Bahamas.