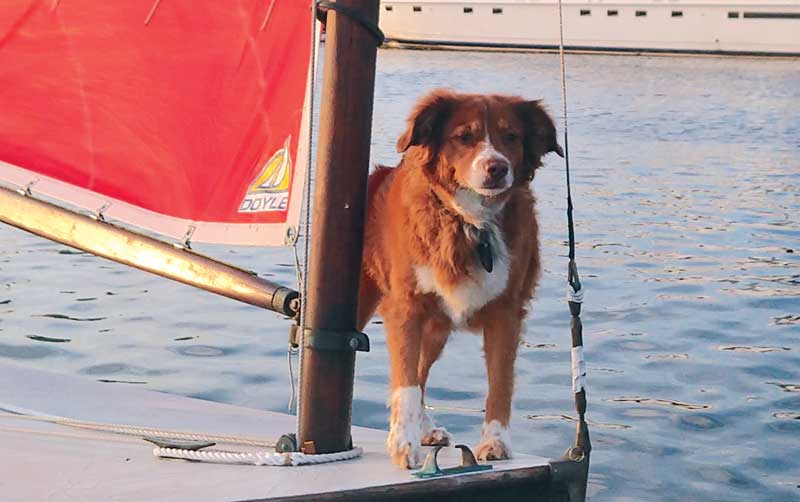 This sailor dog doesn’t much care for rough weather. Once, while crewing in a race on her people’s Herreshoff Rozinante, she “lost her biscuits” into the spinnaker bag 30 seconds before a race started, leading to an interesting spinnaker hoist at the windward mark. Tiller is what’s known as a Nova Scotia Duck Tolling Retriever, a breed named for the dogs’ ability to romp along the water’s edge, luring curious waterfowl close for easier shooting by hunters. While Tiller does the Toller dance and likes being on the water, she does not like being in the water and won’t go swimming, according to her person Paul Miller. 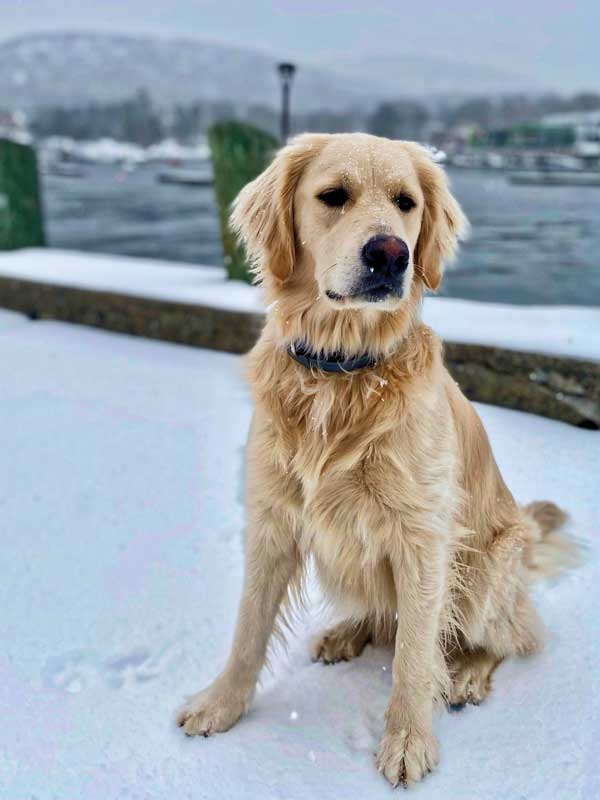 On the other hand, Kanga won’t stay out of the water, according to her people, Mackenzie and Drew Lyman, principals at Lyman-Morse Boatbuilding. The almost two-year-old golden retriever from Bond Mountain Kennels in Southern Maine loves swimming in the ocean and lakes, and has been known to try and get into the shower. She often accompanies Mackenzie to work at Lyman-Morse. “In fact, there are people who are clearly disappointed when it’s only me they see,” recounted Mackenzie. In addition to water, Kanga loves people. “She’s never met another living soul that she doesn’t immediately want to smother with love,” Mackenzie said. “This includes our cat, who does not find it amusing.” Good dog, Kanga!