To Do’s and Distractions 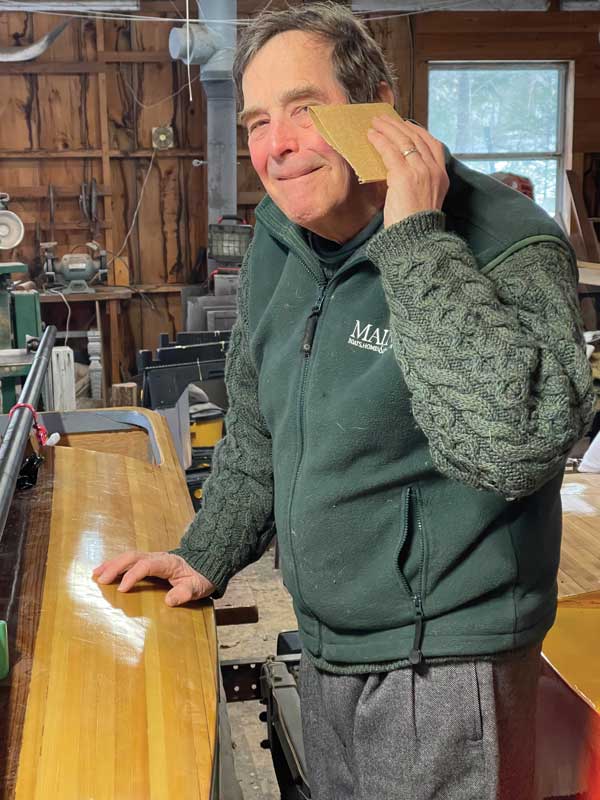 The days are getting longer. So too, is the to-do list out in the shop. Also, with the growing warmth, my shop becomes habitable again. I found my list from last fall, fix this, paint this, replace that. Since then I have added notes I scribbled on envelopes and other assorted scraps of paper over the winter—work orders for my many and various boats. When the weather is warm and sunny, I play outside—skating, skiing, ice boating, all the last hurrahs of March. On the poor weather days, I’ll be in the shop trying to scratch off, line after line, the items on my list.

Many of the tasks on my list involve the use of sandpaper. Sanding is a long and repetitive job. Music helps make the time go faster, but better still is a mind that wanders. I have gone on some marvelous mental journeys while applying sandpaper to wooden surfaces. While sanding, I’ve traveled back in time and to far off places, formulated plans that would save the world, win me fame and glory. With a sheet of sandpaper in my hand, I am James Thurber’s Walter Mitty of the 21st century.

Looking up the history of sandpaper, I found a New York Times obituary for Francis Oakie, an idea man at the Minnesota Mining and Manufacturing Company who apparently invented a type of sandpaper to use on facial hair instead of a razor. The product didn’t work as intended because men didn’t know when to stop and often ended up taking off a layer of skin with their whiskers. Undaunted, Oakes came up with waterproof sandpaper, which is still sold under the name Wetordry™ by 3M. The product held up when used with water, which reduced dust and saved countless lives in manufacturing plants around the world—it also helped make some race boats go very fast. Sandpaper is the humblest tool in the toolbox, but without it, no project is ever really done.