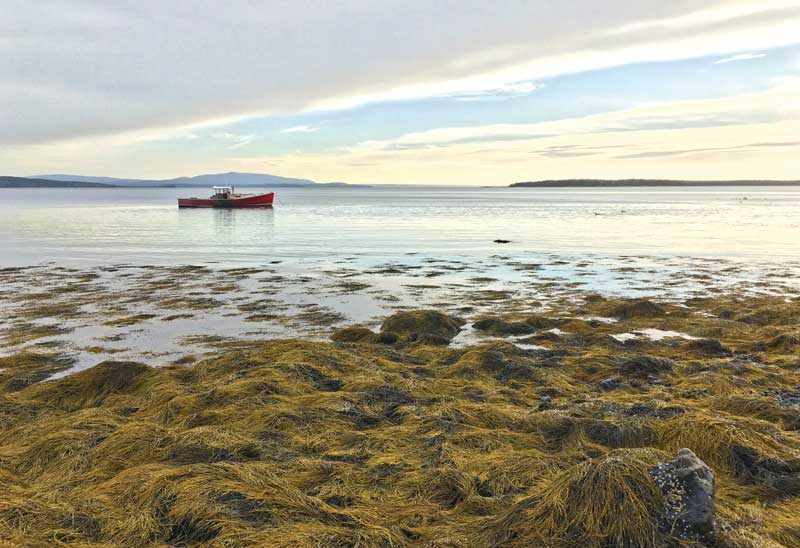 Visits during all seasons to a red lobsterboat that rarely left her mooring in Blue Hill Bay provided a mental grounding of sorts for Peter Behrens and his wife, Basha Burwell, during the pandemic turbulence of the past two years.

We came home to Maine on a five-hour drive, March 21, 2020. Covid was happening. We felt like refugees. Except actual refugees flee their homes, and we were heading home, to Brooklin.

Through the dark, into the light. We opened up our old house. Got the woodstove going. Home. We’d been married in the backyard; our son was born a couple miles down the road and brought home to this house on Day 2. It is the first home we owned. (My father was a refugee, the authentic sort, but that’s another story.) 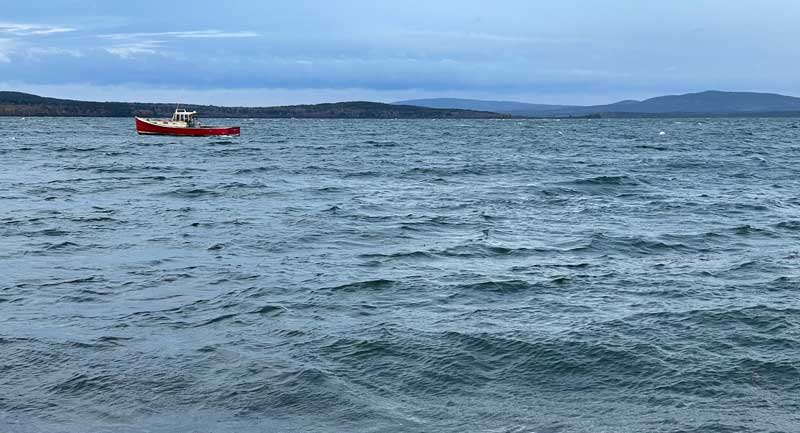 The red lobsterboat rolling at her mooring in a northeast wind.

We walked down to the cove every morning. The red lobsterboat had been on a mooring for a couple of years. I started taking pictures with my iPhone. She was not abandoned, but she wasn’t working much either. Nice lines; needed fixing. Her owner kept an aluminum canoe on the beach. If we noticed she was down in the bow, we’d phone, and he’d show up, paddle out, get the bilge pump working. He ran the engine every now and then. One morning, his truck got mired in the sand with the tide coming in. My wife, Basha, and I helped get it free.

We were freelancers, and healthy, and doing just fine in the Covid-era, thank you. We weren’t in need of solace, relief, divine intercession—or no more than usual. Mostly the Church of the Red Lobsterboat was just a place to be quiet. 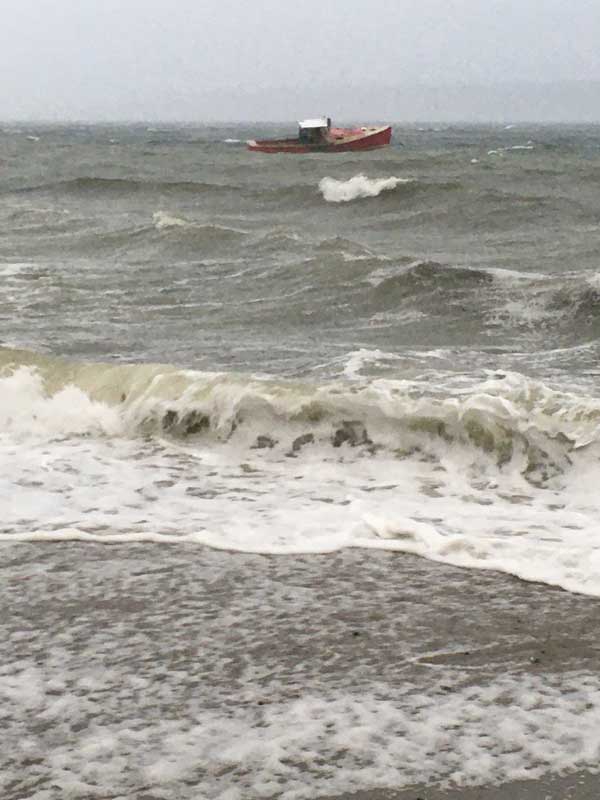 We did need a church apparently, without needing much in the way of gods, or liturgy, or religion. The C of RL  was a place to be quiet, and to observe the wide and fulfilling light of our part of Blue Bill Bay and its luminous (sometimes) spread, all the way across to the mountains on Champlain’s l’Île des Monts-desert. I started posting the photos on Instagram and ended up with a following. There were others looking for whatever it was we were finding there. Clarity. Fog. Different kinds of light.

Most days when the wind was favorable—i.e. less than 10 knots, and not from the northeast—a resident pair of loons would observe Basha plunge, slowly, into the water. She went in the bay almost every day, starting March 21. Full-immersion, a baptism, gradually, step by step.

After summer settled in, we stopped going to church for a while, busy with summer stuff. Come fall, and through the next winter, though, we worshipped at the church again.

Can I say that something afloat was at the same time grounding? A red lobsterboat swinging on its mooring allowed me to mark how everything was constantly shifting: the direction and force of the wind, the nature of the light, the height of tide, the sheerness of a calm, the break and smash of waves. The color of the bay.

The church was never the same place two days running. 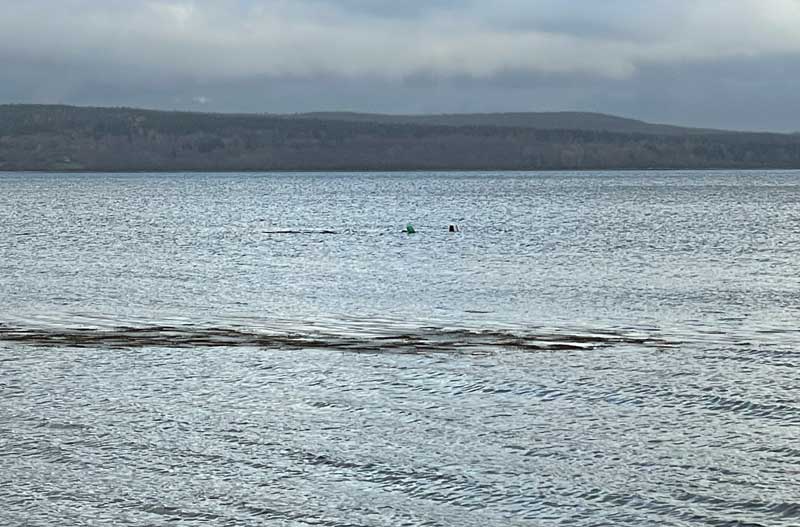 The boat finally sank last fall in a storm when the bilge pump stopped working.

One night in October 2021, the red lobsterboat’s bilge pump stopped working. She took on water, became unstable and foundered. It was a shock the next morning to see just a riffle in the water and a green mooring buoy afloat, and realize she was gone.

Well, no one drowned. And she was an old hull in need of costly repairs, and probably won’t be much missed, except by us, her congregation. She taught us a few things about weather, wind, and sky; what changes and what doesn’t. She taught us that it’s worthwhile paying close attention to the world.

Peter Behrens lives in Brooklin, Maine. His latest novel is Carry Me.