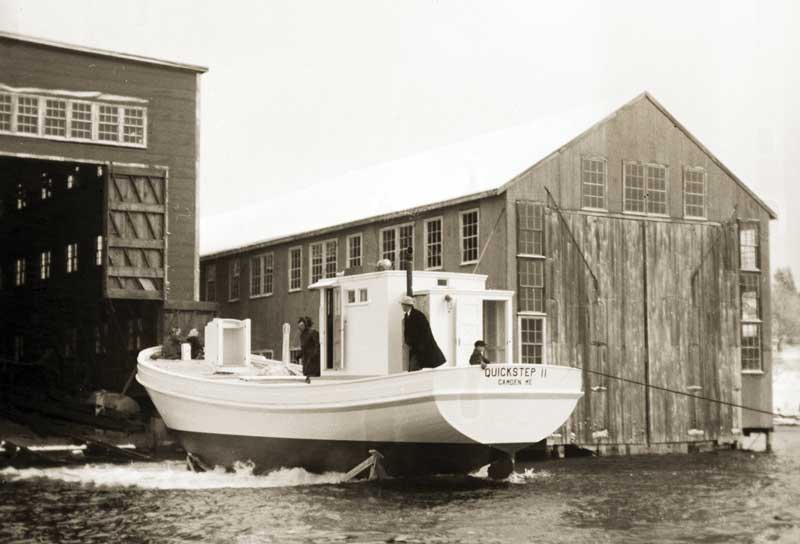 Bertram Snow designed Quickstep II for Norman Bickford, heir to a restaurant chain who wanted to carry sardines instead of serving meals to Bostonians and New Yorkers. Bickford arranged to bring sardines to Rockland’s Green Island Packing Company for whom Snow had previously drawn up a larger carrier named Neptune’s Bride. Harvey Gamage built both carriers. Around March of 1949 when we were freshmen in high school, Snow invited my pal Don Merchant and me to ride with him to Quickstep’s South Bristol launching. We jumped at the chance. That’s when I took the photo above.

During those formative years, Snow became our mentor and had a big hand in both of us opting for maritime-related careers.

Growing up immersed in the Snow family shipyard at Rockland’s South End, where Rockland Marine and The Sail, Power, and Steam Museum are presently located, Snow turned to designing boats and enrolled in the Westlawn Institute’s correspondence course in naval architecture. After the war, he and three partners established the Snow Marine Basin at Lermond’s Cove where Don and I were welcomed as informal apprentices. As a sideline, Snow drew up a number of commercial vessels. 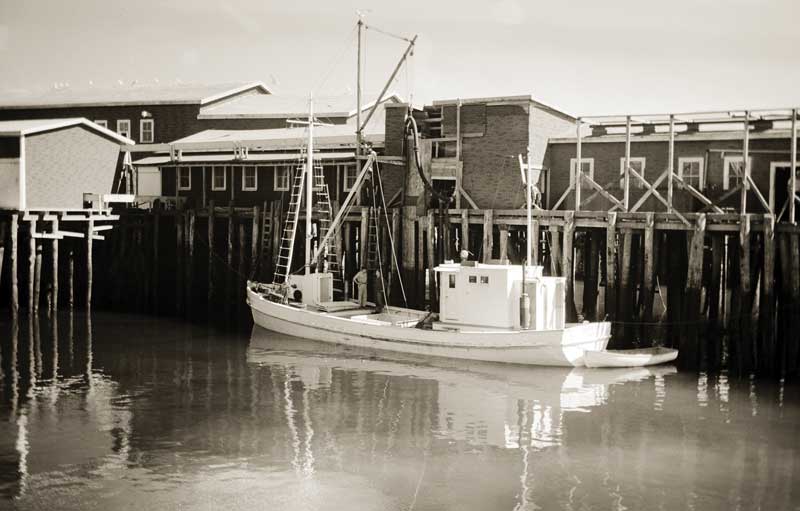 Although he never explained to us why he angled Quickstep’s transom more upward than Neptune’s Bride’s, I suspect it was so she’d drag less water while under way. It made her nearly double-ended at the waterline, somewhat like Bickford’s previous carrier—a well-worn vessel named Barracuda, which was a true double-ender.

Later on, Quickstep migrated to Stonington where she carried lobster bait. She was berthed at the Billings boatyard where I continued to photograph her. Those photos are among the 20,000 or so I donated to Penobscot Marine Museum. Quickstep ended her days by smashing into the Brown Cow ledge off Stonington, and sinking, around 1980.

These images are from a collection of photographs historian and writer Maynard Bray took over a 50-year span. Now part of the Penobscot Marine Museum Photo Archives, the photos are being scanned and made available online. If you are interested in donating to help process this collection and preserve this rich documentation of traditional boats, visit penobscotmarinemuseum.org or mail your donation to Penobscot Marine Museum, P.O. Box 498, Searsport, ME 04974.