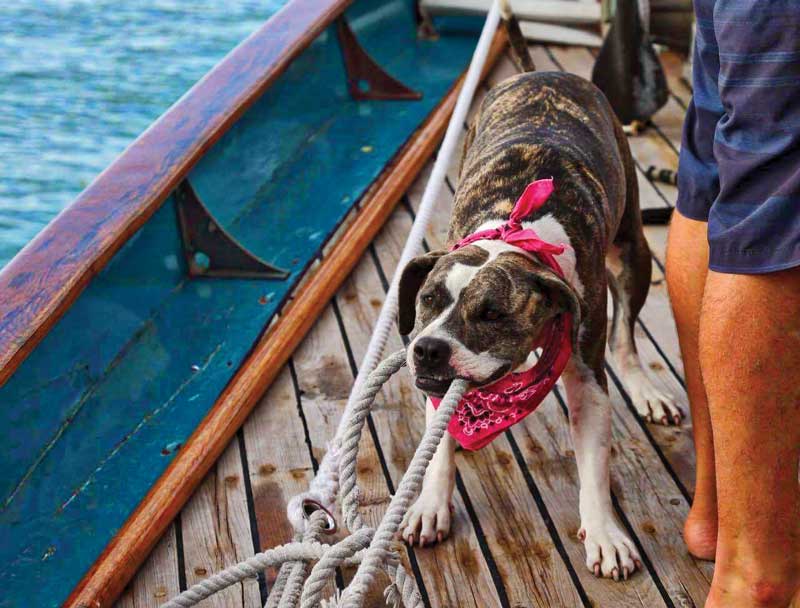 When the crew of the schooner Hindu found a puppy at a Key West bar named Finnegan’s Wake, they brought her back to the boat. At first reluctant to add a dog to his crew, Capt. Josh Rowan was quickly won over by the cuddly canine. His recently deceased mother’s maiden name was Finnegan. That, combined with his sailor’s intuition, persuaded him to adopt the puppy. Admiral Finn quickly became a fixture on the Hindu, and now has more miles at sea than most of the crew on the charter schooner. And don’t think Finn is just along for the ride; she is a working dog who helps take in the schooner’s dock lines when Hindu departs her slip. Finn uses her mouth and one paw to trap the line as she brings it aboard. Three years ago, Finn was joined aboard by Charlie, whose partner Erin is Josh’s fiancé. Finn and Charlie currently live in Maine, and help with work on the Hindu’s ongoing rebuild in Thomaston. 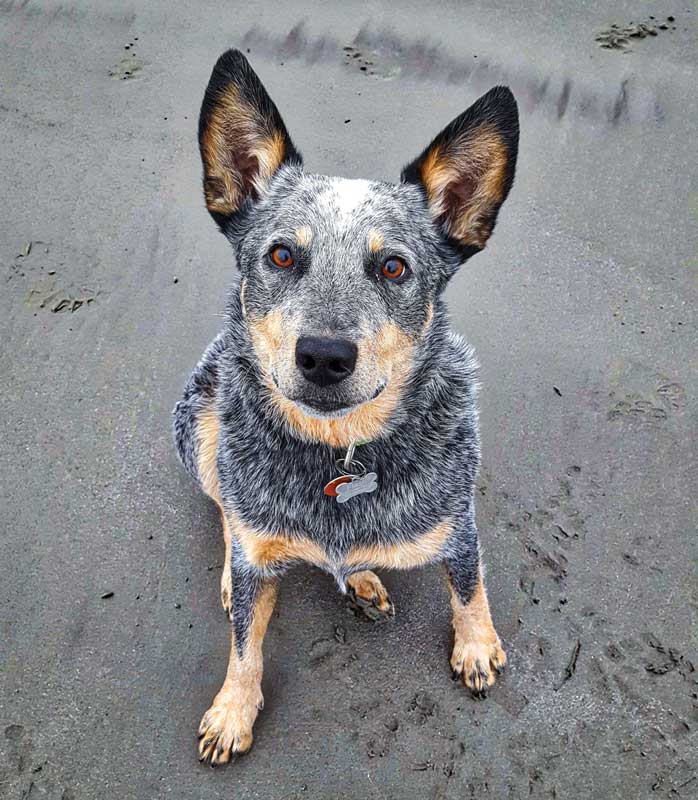 While 7-year-old Australian Cattle Dog Flash doesn’t work at a boatyard, he helps sell insurance to many marine businesses. His human colleague, Dan Bookham, is director of business development at Midcoast-based Allen Insurance and Financial. In addition, twice-daily walks along Rockland’s working waterfront with Bookham and his wife Jessie Davis have given Flash an appreciation for the maritime trades. He has racked up many miles around windjammers, yachts, Coast Guard cutters, fishing boats, ferries, marinas and shipyards on his patrols but he especially enjoys the more “fragrant” elements he encounters such as bait tubs and the underside of hauled-out floats. Bookham admits that Flash doesn’t swim. But have no fear, he knows how to wear a life jacket!   ✮