By Rob McCall
“The past, the present, and the future
are really one. They are today.”
—Harriet Beecher Stowe 1811-1896

Here at our headquarters on the Reach Road in West Brooklin up above the Benjamin River we have a copy of a shiny new 2021 almanac. We do not promote particular products here so we cannot mention its name, but this one was first published in 1792. In a world that seems to be changing so fast, it’s comforting to see items that have been around for so long. That is one of the most appealing things about an almanac. It describes the yearly changes in earth, sun, moon, stars, and seasons, and reassures us that change is constant, and always has been. It gives us a feeling that some changes can be predicted and plotted and prepared for.

A little snow cover can make a big difference in winter. It dramatically changes the light for one thing. The dark ground turns white, then takes the slightest bit of light and enhances and amplifies it, and adds sparkle and twinkle to it, too, shining it back up at us, warming our faces and making our eyes water. As meager as the sunlight is these January days, a snow cover can make it bright as summer. It reflects the sun into the shadowy places under the trees and brightens their lower branches. It illuminates the gliding gulls from below so that they glow against a bright blue sky like ethereal beings. For all its brightness, summer sun cannot do this.

Snow makes the night brighter, too. At night, even with just a quarter moon, you can watch Br’er Fox walk across the field. And of course, with a little snow on the ground you can go out tomorrow and see just where he walked during the night and follow his perfect trail with the back paw stepping neatly into the track of the front paw as he follows his nose wherever he goes without regard to our boundary lines or driveways or streets or roads. He goes where he will and leaves his sassy signature in the snow. Likewise, in the snow under the apple tree, crows strut around leaving little peace signs behind. Snow puts everything in a whole new light.

Critters of the season

River otters (Lontra canadensis) are great sliders down snowy slopes or across icy ponds, but for getting around in the snow the snowshoe hare (Lepus americanus) knows no equal. The snowshoe hare has enormous hind feet covered with fur to protect them from cold and to help them walk on snow. These hares turn white in winter for protective coloring. They are the prey of many carnivores, including man, and are the preferred food of the Canada lynx (Lynx canadensis) whose population rises and falls with that of the snowshoe hare. According to the Maine Department of Inland Fisheries and Wildlife, snowshoe hares mate three or four times a year beginning in March here in Maine, but 80 to 95 percent of juvenile hares are killed by predators in the first year. The hare leaves a distinctive and unmistakable track in the snow, which looks like two large exclamation points. You can’t miss it. 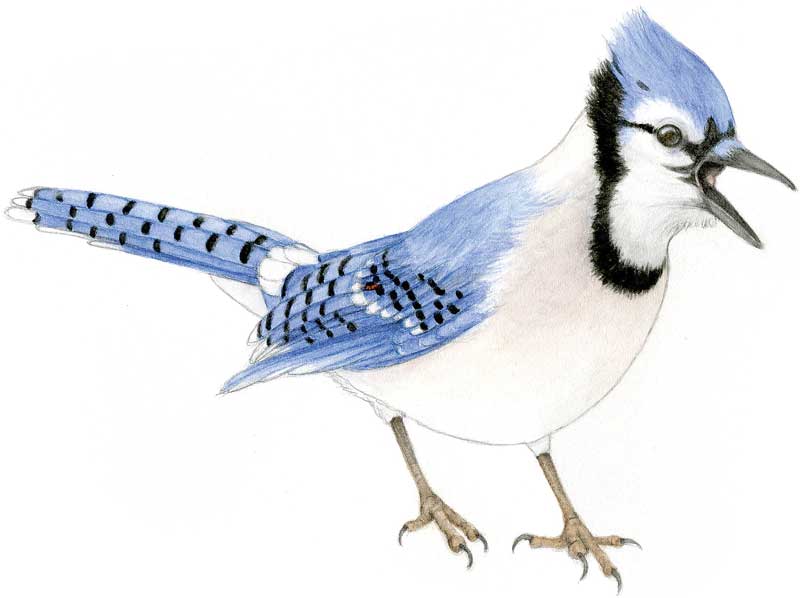 Most of the non-human activity these days seems to be around the birdfeeder. What would we do without the winged ones? Each tribe of birds seems to have its own habits and culture. Blue jays are noisy and aggressive. Chickadees are unfailingly cheerful and well-groomed. Finches are flittery and chatty. Crows are slow and philosophical, knowing a lot more than they are letting on.

Down at the town wharf the sounds of squeaks and groans surround you as the ice floes in the harbor rise and fall with the tide. At lowest ebb, the ledges are armored like gladiators with shining white plates of ice. Gulls and ducks stalk back and forth over the frozen bay, foraging for morsels of mussels or frozen fish to fuel their inner fires. At high tide, broken sheets of cloudy white ice rub against each other, smoothing their rough edges. In town, the eaves of houses glisten with necklaces of clear icicles sparking radiant rainbows in the sun. The mill brook babbles under its crystalline covering, then pours over the mill dam into the bay to add more fresh water to the growing ice floes. Providentially for all life on earth, ice is lighter than water, so it floats instead of sinks. Were ice to sink, it would freeze lakes, streams, and bays from the bottom up, killing aquatic life, the source of all life on earth. Since it floats, ice forms an insulating cover, allowing life in the waters to survive our cold winters to be revived when the ice at last gives up its iron grip in spring.

Just as there is a time in August when summer turns toward fall, there is a time in February when winter’s grip begins to weaken and we Northerners begin to feel a deep shift inside and out. It’s far too soon to say ‘spring,’ but the sunlight slowly gains some headway against the darkness. It may be too early to say the sap is running, but at least it’s beginning to rise, and little icicles hang on broken maple twigs, dripping gaily during the day and stopping still as evening comes. Nuthatches run more briskly up and down the tree trunks and their cranky call has a certain lilt to it that was not there before. Crows and gulls have more to say to each other than the meager squawks of a few weeks ago, and they don’t squabble so over the scraps. Blue jays whistle loudly from tree to tree. Folks honk and wave; so do geese. Every now and then you catch a whiff of sun-warmed pine needles under the big white pines and the scent of saltwater on the breeze. It’s too soon to call it true love yet, but it’s like the first kiss (remember?), and it’s just in time for Valentine’s Day.

Hardwood trees may look as good as dead in the depths of winter, with their leaves gone and their buds tightly covered, but they are only sleeping, and can be stirred from their slumber at any time by sufficient warmth and moisture. Their constricted arteries will relax a little, the cellular pumps in their roots will start up again and the sap will rise from root to branch to twig until the buds start to swell and show a little green for a time. If the cold returns, they’ll close their buds, return their sap below ground, and go back to sleep again until one fine day when winter will be over at last.

The bears are slumbering soundly in their dens for the duration, and the chipmunks in the woodpile, and the frogs in the mud of the pond, but on a milder night the skunks may rouse themselves and rustle about in the dark; and the porcupines may rise to greet the dawn with reverence. During the day, cedar waxwings are flocking to feed on last year’s old apples, rose hips, and viburnum berries. At night the birds retire into the treetops and the thick pucker brush to hunker down, slumber lightly and knit up the raveled sleeve of winter care. Sleep, sleep soundly, one and all.

Though there is plenty of bare and open ground on the sunny southern slopes, in the woods and other shady places Awanadjo—Blue Hill or “small misty mountain” in Algonquian—is still firmly locked in winter. Rippled little glaciers fill the gullies and trails where water has run, then frozen, then run over and frozen again to form silent, still cascades and cataracts. The freeze-thaw see-saw shifts rocks, widens cracks and crevices in the ledges, and pulverizes boulders in the eternal process of breaking down the mountain and delivering it to the sea.

Crusty, crunchy snow underfoot is littered far and wide with fir cone scales scattered by red squirrels, the planters of the boreal forests. They go about their ancient business of spreading seeds and nuts far and wide, quietly and relentlessly planting the wild fields and forests of the future.

The woodpeckers have begun their courting. I thought I heard drops of rain around me the other day, but I could feel none. It turned out to be three hairy woodpeckers drumming away from three different places in the surrounding trees.

Watching the eagle soar along the rocky shore or the deer leap and run through the fields or the snowshoe hare walk upon the snow we ask, “Could they possibly be more elegantly evolved, more intelligently designed, more perfectly adapted to fit their surroundings, to enhance their environment, to thrive in the land where they dwell?” The answer is, “Yes, they could.” And that is exactly what they are doing at this very moment and every moment as they play and feed and flee. Each generation of eagle or deer or hare is slightly more adapted to their surroundings, more tuned to their environment, more likely to thrive where they dwell.

And so it is with us. Every human generation is better adapted to their surroundings and more evolved to live in the land where they dwell. We belong here, and as the years go by we will belong here even more.

Henry David Thoreau, journal entry: “‘Hear! hear!’ screamed the jay from a neighboring tree, where I had heard him a’tittering for some time, ‘winter has a concentrated and nutty kernel, if you know where to look for it.’”

From Frances W. Wile, 1878-1939: “All beautiful the march of days as seasons come and go; the hand that shaped the rose hath wrought the crystal of the snow, hath sent the hoary frost of heaven, the flowing waters sealed, and laid a silent loveliness on hill and wood and field.”

Rob McCall splits his time between Moose Island and Brooklin, Maine. This almanack is excerpted from his radio show on WERU FM, which can be streamed on weru.org.