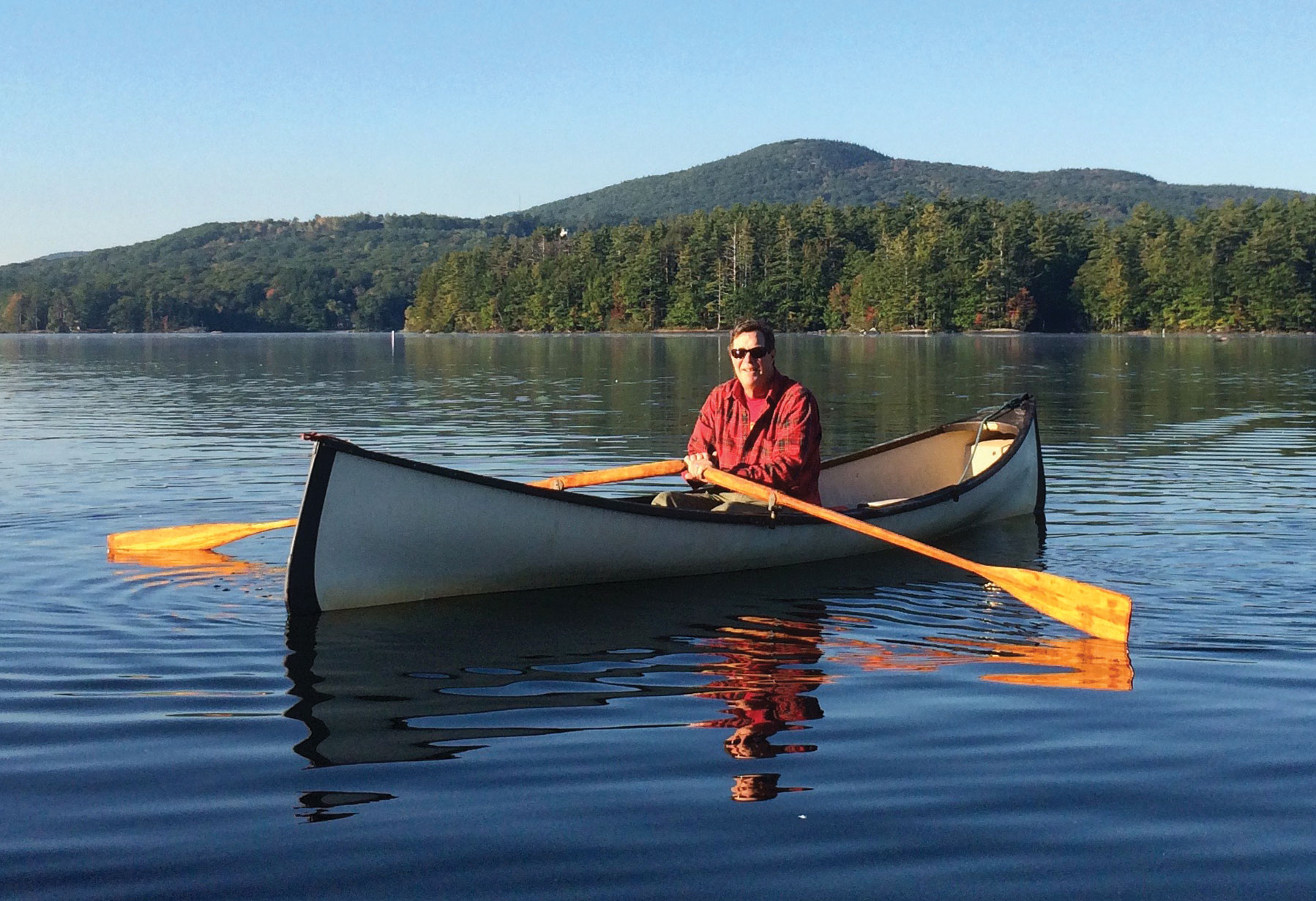 I may be rowing around a small island on the lake keeping an eye on the looming darkness, but in my mind, I’m on deck with some of the great explorers. The one whose company I seek most often is Samuel de Champlain.

Champlain (1574(?)–1635) was a French soldier/sailor, diplomat, cartographer, and colony founder. He made 27 transatlantic voyages from 1600-1633, and he never lost a ship. To get through the winter of 1605 in Port Royal, Canada, he founded the Order of Good Cheer, North America’s first eating and drinking club. He knew that good food, good drink, and good song keep friends pulling together and alive. Let’s face it, who wouldn’t want to sail with such a well-rounded gentleman.

My knowledge of Champlain had formerly been limited to knowing that a lake was named after him, until I read Champlain’s Dream by David Hackett Fischer, (Simon & Schuster, 2008). Fischer is a summer resident of Maine, a boater, and a Pulitzer Prize winning writer. His Champlain biography reads like the great adventure story that it is. While Champlain wrote a number of books, and drew detailed charts and maps, he wrote little about himself. Combining historical research through original documents and personal travel, Fischer paints a compelling portrait of the man, his times and his accomplishments. For Fischer, what set Champlain apart—the “Dream” in the title—was his tolerance of others, that he interacted with the Indians whom he met with dignity, forbearance, and respect. And the Indians respected him as well for his behavior and honesty. His behavior was atypical in his time, and, sadly, in ours as well.

So as I round my little islands, I imagine the good seaman, Champlain, and his skill and his courage, humility and tolerance, and think how much we need men and women of his caliber today. We all could use some dignity, forbearance, and respect. And I need to row a little harder to get home before dark.