Welcome Downeast The Town, the Bays, the Mountains

By Rob McCall
“Live in each season as it passes; breathe the air, drink the drink, taste the fruit and resign yourself to the influence of the earth.”   —Henry David Thoreau

May Day is a natural event. Celebrating the season of planting has been natural to cultures worldwide at least since the beginnings of agriculture. The festival of the Roman goddess Flora was celebrated April 28 to May 3. The Maypole dance was a part of the observance for centuries in the British Isles until it was banned during the Puritan Revolution in the mid-17th century. In a celebrated incident, the Popham Colony—now Phippsburg, Maine—was condemned by the Massachusetts Bay Colony for performing this illicit dance. Not good to have too much fun while the Puritans are watching. 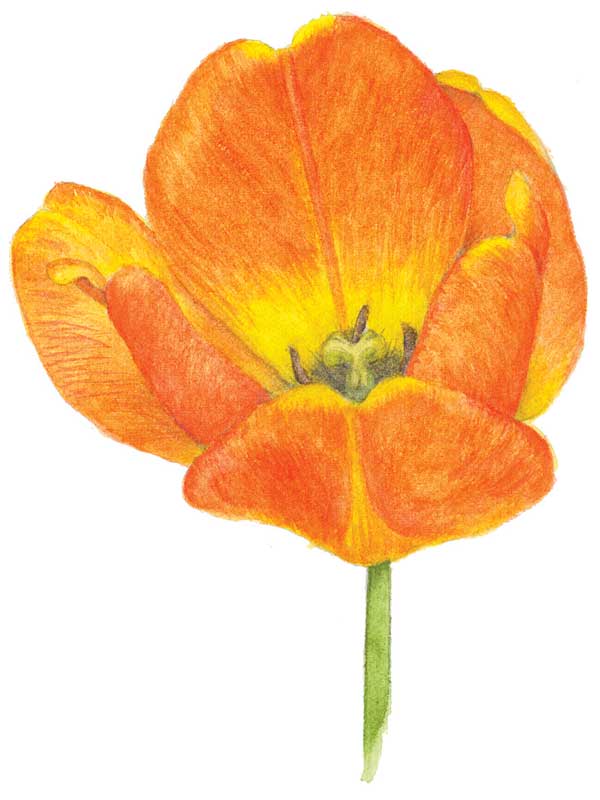 Illustration by Candice Hutchison For 11 years, our family lived in Henry David Thoreau’s hometown of Concord, Massachusetts, where they pronounce his name “THOR-oh” not “Thor-OH.” Our children swam at Walden Pond; we lived in Harrington’s farm house, which is mentioned in his journals; we visited his grave; we walked the woods and fields he walked. We even fancied one dark night that we heard Thoreau and Ralph Waldo Emerson chatting while walking past our house on their way to Harrington’s mud-hole. Thoreau was a living presence. Since his death, he has been considered more a poet than a scientist, but that has been changing over the past few years.

It turns out that between 1851 and 1858, he practiced the science of what is now called phenology: carefully recording in his journals the dates when various flowers came into bloom and trees and shrubs came into leaf in Concord. These careful records have helped modern scientists measure warming trends, calculate the rise in temperatures, and determine that spring now arrives roughly 10 days earlier in Concord than when Thoreau walked Walden’s woods.

Be that as it may, spring is not coming early this year in coastal Maine. Temperatures are still chilly and even the blackflies are holding back a little. But not the dear dandelions; their sunny faces are dotting southern slopes as they do every year—our nominee for Finest Invasive Species. In the garden, daffodils are blaring their trumpets and tulips are opening their delicate cups. Just like clockwork, male ruby-throated hummingbirds appeared the day before Mother’s Day, sipping contentedly at the feeder and fencing aggressively with each other, staking out their territory before the lady hummers return. The ground under red maples is blanketed with their fallen carmine blossoms, and Norway maples are in full bloom with bunches of pale yellow-green blossoms.

Bird migrations are under way, with early arrivals settled in already. We’ve seen the robins worming and the juncos picking seeds from the ground. We’ve heard the song sparrows singing, and the redwing blackbirds in the swamps. We’ve watched the ospreys and the Canada geese soaring high overhead. But there are many migrants yet to arrive; May is the busiest month. It’s easy enough to determine when a certain bird will arrive if you know what they eat. The earliest arrivals have a broad diet and can get by on what they find after the snows have melted. But hummingbirds won’t come until there are flowers in bloom. Swallows, swifts, and night hawks won’t come until there are enough flying insects for them to eat. If these birds arrive too early, they may starve. It’s all about food and a safe place to raise their young.

As an experiment this past week, I decided to get the lawn and flower gardens in our dooryard back into shape using only old-fashioned hand tools. It was pleasant on a beautiful day to do all this and still hear the birds singing the whole time. The soft whir of the old-fashioned reel mower took me back to those golden days when I could mow the lawn and listen to a Brooklyn Dodgers game on the radio at the same time. The chunk of the spade and the hoe in the ground and the smell of cut grass and soil instead of oily smoke were deeply satisfying.

We can still buy decent hand tools for just about every job at our hardware store, although I haven’t seen a good new two-man saw in ages. We can still watch the ox- and horse-pulls at the fairgrounds, and even watch several local farmers working happily and naturally with horses.

Likewise, there is a comforting intimacy with the natural world in working with those old hand tools. We can control them more carefully. We can avoid chopping up the earthworms and mow around the wildflowers better, and no goggles or ear-protectors are needed.

On the south slopes of Awanadjo, bluets and violets peek through the greening grass and lupine leaves are outspread with blossom spires appearing.

A pair of eagles soar in a wide gyre over the mountain’s summit, rising on a weak thermal from the fields below. Canada Mayflower stalks are showing tiny white buds, and the shy Rhodora is in bloom in secret places.

Colorful beehives were unloaded on local barrens last week as the acres upon acres of blueberries come into bloom, their rolling fields, painted light green to gold to tawny bronze, are now dotted with white as the blossoms open waiting for a warm day to bring out the bees. Along with shad and wild cherry, our domestic pear trees are in bloom this week, and the apples will follow. Wild strawberries are also in bloom. Easy to see why the last moon was called the Flower Moon and this one is called the Strawberry Moon.

Working in the garden one morning I heard loud chirps high above that I knew meant “osprey.” Looking up, I saw two of the great speckled birds circling high above me, and a third not far away. The osprey or fish hawk is second only to the eagle in size and avian charisma around here. Once severely diminished by DDT, osprey populations are now burgeoning worldwide—on every continent but Antarctica. The osprey’s wingspread can be up to six feet. Its nest is an enormous pile of sticks that may reach 10 feet tall and is added to year after year for 70 years or more. Ospreys generally mate for life. There is nothing quite like having an osprey swoop within inches of your head when paddling a little too close to its nest. Or like watching one fly in place above the water looking for fish, then tuck its wings and drop like a rock to hit with a splash then arise with the fish in its talons and fly to its nest to feed its young.

It is not uncommon this time of year to come upon a harbor seal pup that appears to be stranded on land near the shore. Like deer and other mammals, harbor seal mothers must leave their young for extended periods of time so mother can go out and feed to keep up her strength for nursing. She then returns to her pup, who was not stranded at all. Dogs can attack seal pups along the shore, and overly-curious people can harm them too. For help or to report a stranded seal, call Allied Whale at 207-266-1326, or Marine Mammals of Maine at 1-800-532-9551.

The will to live is ever so strong this time of year. Everywhere the trees and fields are lush with new growth. Yellow hawkweed, daisies, and buttercups wave in the breeze as bumblebees and digger bees hop from bloom to bloom smeared in living pollen. The soft new growth on balsam firs wiggles in the wind. Chipmunks and mice scurry below. Robins and bluejays play tag in the clearing, while hermit thrushes and white-throated sparrows call from the woods and loons and eiders from the water. The daily will to live is everywhere expressed in leaf, fur, and feather, call and song. It is not just within each creature, it is manifest throughout the whole creation.

“They tell us that plants are perishable, soulless creatures, that only man is immortal, but this, I think, is something that we know very nearly nothing about.”

Rob McCall splits his time between way downeast on Moose Island and Brooklin, Maine. This almanack is excerpted from his weekly radio show, which can be heard on WERU FM (89.9 in Blue Hill) and streamed live via www.weru.org.