Summer of My Next Bear

A bear is like a black velvet hole in the woods 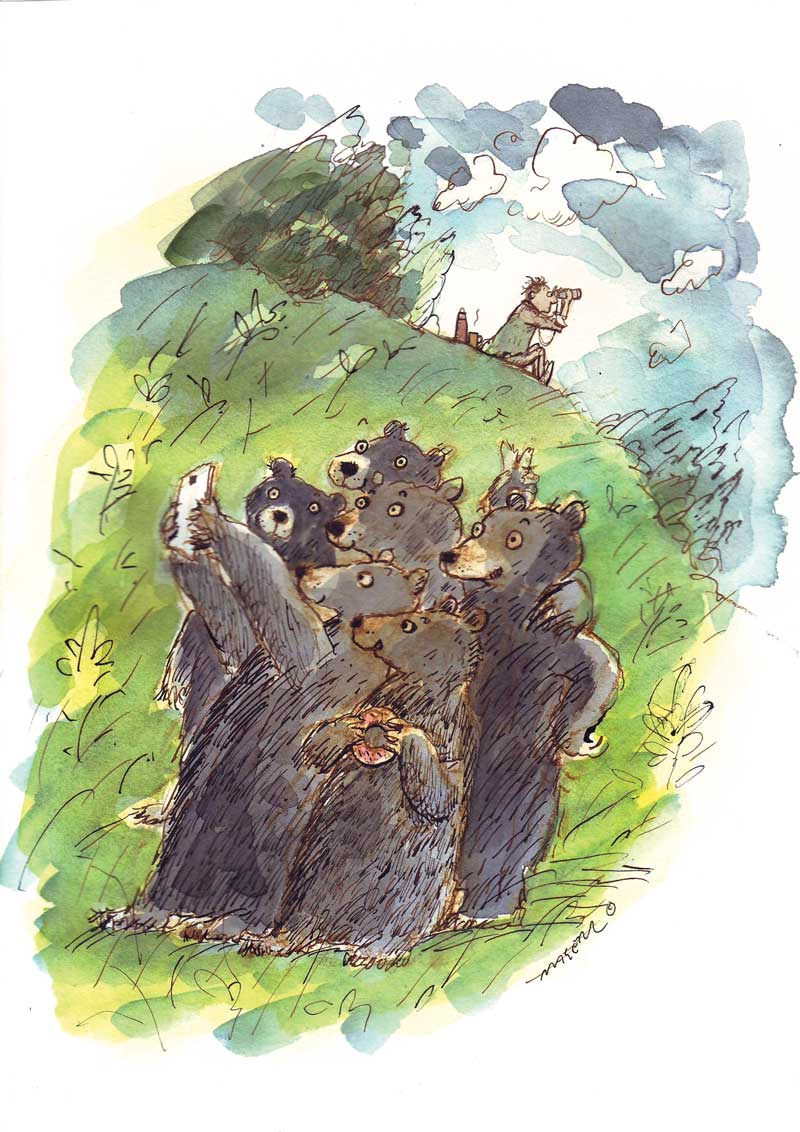 All summer, I gazed wistfully out the back window at home, fantasizing about bears. Since I saw my last bear ambling across the yard the previous summer, that is where I expect to see my next bear. Or any future bear. The memory has become a kind of “persistence of vision” inscribed on my yearning for fresh bear-sightings. I am tempted to think that every black shadow I see among the fir trees is a bear. And this year, there were more bears than ever roaming the woods, judging by everyone else’s reported sightings. It caused bear envy.

I knew that my next bear would appear when least expected, as have my previous bears. Experienced bear stalkers will no doubt have a more precise understanding of the phenomenon than me. So I will simply call this my Theory of Bear Apparition.

The bears definitely were here in June, July, August. Reports were abundant. Sue and Bob saw one on the hill going down to Wadsworth Cove. I felt robbed—that was surely intended to be my next bear. They are from out of town and their sighting was very near my house. That was sighting poaching. Larry saw one out his back door; Mary beside her porch; Kate saw a big momma bear ambling toward the backshore beach. “Has someone lost their Newfie?” she trolled on Facebook.

Social media has helped determine the possibilities: “Bear by the Colson house!” Or, “Crossing the road to the Blakes!” Sylvia posted a photo taken in her friend’s yard, across from the Bay View Take Out, clearly hoping for fried food or some Gifford’s Bear Tracks (in a waffle cone). Do these bears know they are on Facebook? Snapchat? And of course, there’s the video from the town transfer station where, on two occasions, a hapless bear ended up trapped in a large metal tube thanks to a fondness for donuts. Who can blame them? Both have been relocated within the state of Maine. Out of sight. Off my bear grid. Dang.

Then there’s the bear poop discourse that started up, thanks to a photo posted by a walker in Witherle Woods. “Could this be moose scat?” Survey says: bear. Full of berry seeds. Moose looks more like deer. Inquiring minds want to know even this. Looked like some stuff at the end of my driveway, come to think of it. They’re here. 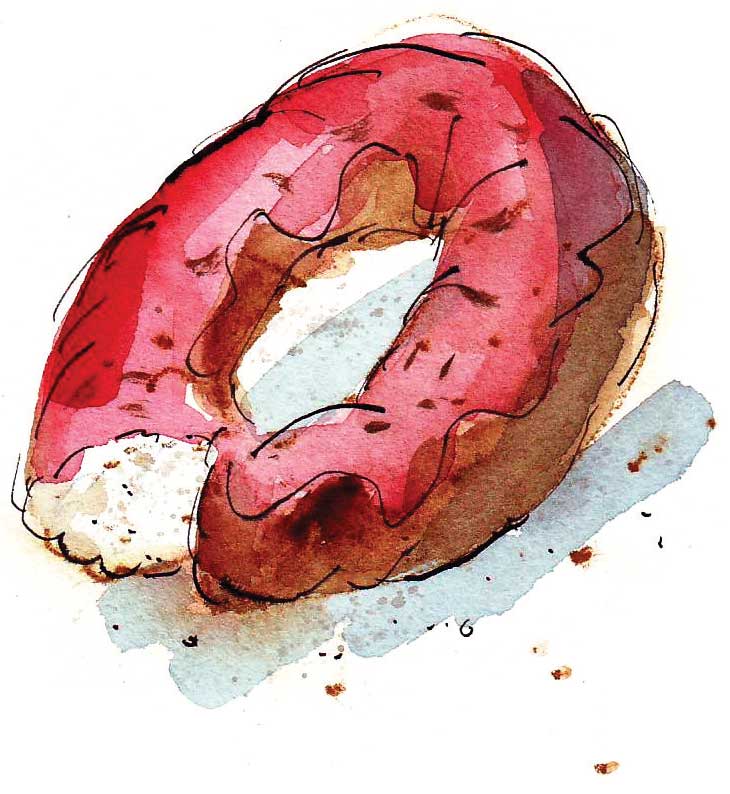 Whenever it’s time to watch for bears, I think of what Sally said: “A bear is like a black velvet hole in the woods.” And in any given patch of woods, there are myriad dark spots—stumps and shadows that end up being not a bear… stepping forth and sniffing the breeze. When the bear is finally there, it takes a minute to realize exactly what you’re seeing. Nah. Wait. Yes, it really is!

Then our neighbor, Natalie, posted her sighting on Facebook. “Driving into Castine in the afternoon, saw a mama bear and two baby cubs cross right in front of me!” she wrote. “Too quick to get a photo while I was avoiding hitting them. They came out from The Nelsons’ old driveway! Wow!” But clearly, those were our bears, looking for me at our former house! Would someone kindly share our forwarding address with them.

A bear’s mythological characteristics trump its status as local wildlife phenomenon. Bears are constellations and totems and moods and desires. Are we not bears, as we climb “March hill” out of winter? Spring elicits a bit of the bear in each of us, including that black cloak of torpor that disguises our winter selves to our spring selves, and, for a few weeks, lets us blend in even as it drives us forth, stretching and yearning for April’s sun. We must look twice to see our own footprints in the mud. We’ve come to blend too thoroughly with our emotional winter “woods.” We, too, are hungry, foraging, hanging around bird feeders, and campfires… and dreaming of the plump berries to come.

Then they’re walking around and foraging, and we must share the bounty with our ursine friends as we all plump up for the next hibernation, when, satiated with raspberries, we slow down for our winter nap. Who’s a bear? Me.

It may be autumn now, but there are still a few forlorn black raspberries lingering out back. They look tasty. Blueberries too persist for a while, good gleaning for us all.

Local bears! Text me next time you’re nearby. One selfie—that’s all I ask. It’s not too late. BTW, the Bay View is closed for the season. But I’ve got donuts.

Todd R. Nelson is a retired teacher and school principal in Penobscot, Maine, where almost everyone else saw a bear this summer.