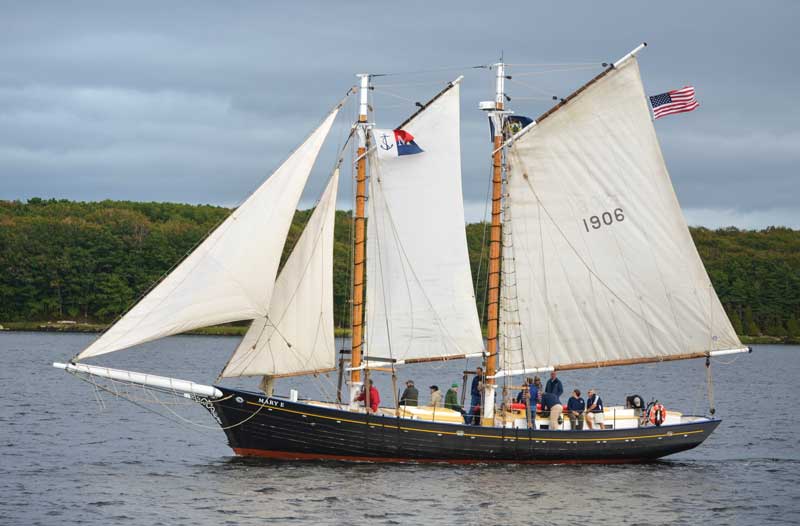 When the newly restored schooner Mary E was relaunched in the Kennebec River at the Maine Maritime Museum last summer, it was a homecoming of sorts for the historic vessel. In 1906, the 73-foot schooner was the last vessel built by Thomas E. Hagan on land along the Kennebec where Bath Iron Works now stands.

Serving under a succession of owners, the Mary E was used as a fishing vessel and cargo carrier out of Block Island and Gloucester, Massachusetts. In the 1960s, after a major rebuild on the grounds of what is now the Maine Maritime Museum in Bath, the schooner worked as a passenger vessel out of Rockland, Maine, and then out of South Street Seaport in New York City. 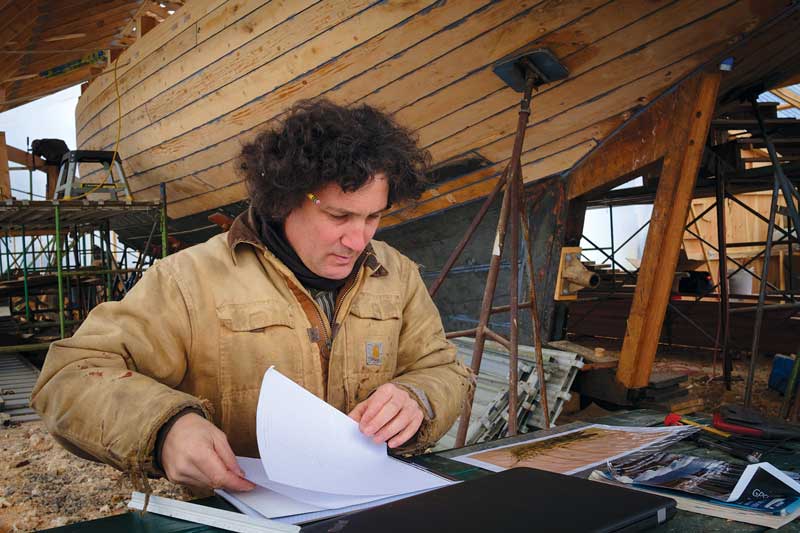 In 2006, a new owner made some more repairs and then used the schooner for summer river tours from the Connecticut River Maritime Museum. A decade later, that owner sold the Mary E to the Maine Maritime Museum, and in 2017 she arrived back home in Bath, where a crew at the museum’s historic Percy & Small Shipyard began a third restoration.

“She’s the last surviving wooden schooner built on the Kennebec River,” said the museum’s director of watercraft, Kurt Spiridakis, who oversaw the restoration. “The provenance of the vessel made it impossible to pass up.”

Once the project started, it became apparent that the work would be far more extensive than previously thought. The deck was leaking in numerous spots and had lost its camber.

“We were hoping to replace the deck and a few of the planks above the waterline,” said Spiridakis. “But once we got her on site, we did the survey and found pretty much every plank above the waterline needed to be replaced. They were really punky.”

All the frames above the waterline also needed replacement, along with planks near the keel. The biggest part of the job was replacing the drooping transom. The challenge there was to return the shape of the boat to as close to the original lines as possible. But, “No one knew exactly what she looked like,” Spiridakis said.

Shipwrights cut off the transom, reframed the last 12 feet of the vessel on both the port and starboard side—fairing up the sides to match each other—and then built a new transom that lined up with the sheer.

It was one of the trickiest parts of the project.

“You have to decide what the transom is going to look like, how high it’s going to be in relation to everything else, and then build out from there,” Spiridakis said. “The shipwrights took a lot of battens and created a fair shape, then kept easing it until they liked the way it looked. Once they created the shape, they created patterns for the framing. That’s probably what made the project most unique for the shipwrights—trying to make sure everything’s fair. That can only be done by eye.”

Other parts of the restoration included installation of a new engine and a redesigned rig. Galvanized lag screws, used in a previous restoration to fasten planks to the frames, were largely replaced with traditional locust trunnels.

The Mary E was relaunched in 2018 and became part of the museum’s permanent collection, available for summertime viewing and cruises.

“She’s on the water, so anyone who comes to the exhibit can board her. We have docents on board to explain the history and the restoration,” said Spiridakis. “We hope she’ll be an icon and a floating ambassador of the museum.”

Visit www.mainemaritimemuseum.org for details about deck tours and sails aboard the Mary E.