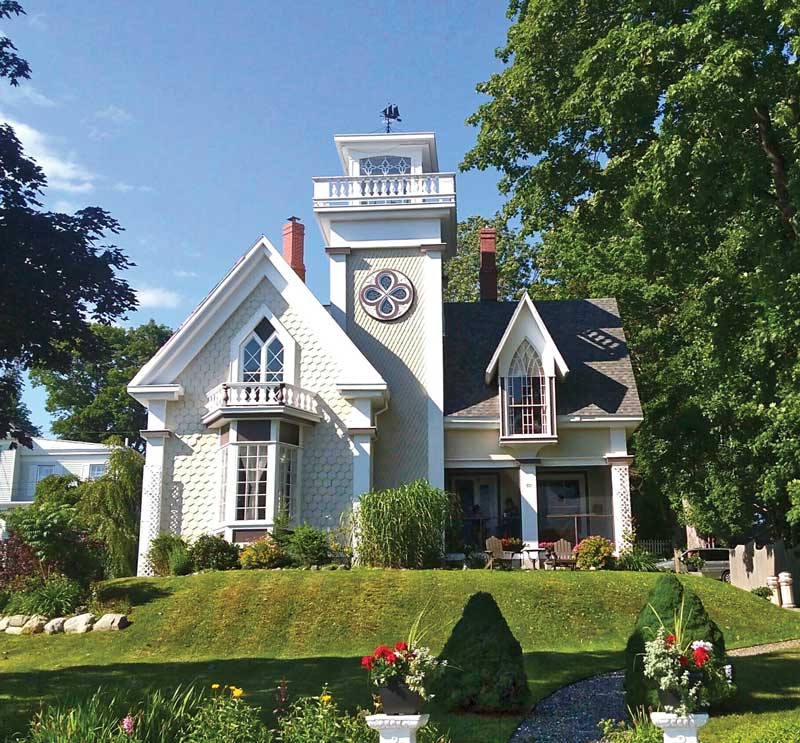 James E. Emery of Bucksport was one of those men who have always embodied a certain sort of Maine character, wearer of many hats, able to rise to any occasion. Born in Belfast, he ran what was by all accounts a successful and fashionable jewelry, watch, and clock shop. As a civic leader, his accomplishments included a role in founding the Bucksport Theological Seminary. As an amateur architect, he was responsible for several remarkable buildings. And not least, he was an artist of considerable talent. 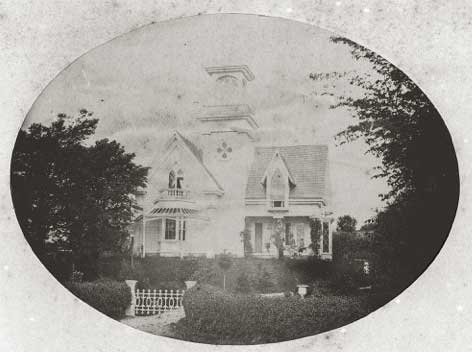 Those worlds come together in “Linwood Cottage,” his own house on Bucksport’s Main Street. Built in 1850 in a beguiling blend of styles—it features both a Gothic stair tower with quatrefoil window, and an Italiante campanile at the rear—it was arguably the first house in Maine to be featured in a national magazine. The Wool Grower and Herdsman featured it in a full-page article in August 1855, saying the house “was designed for a particular locality, an eminence commanding a fine view of the Penobscot River. It is a combination of the Italian and Gothic styles, the snowy climate rendering steep roofs appropriate, while the summer scenery called for the campanile and piazzas. The house makes a very unique appearance, and its style may suit the taste of our readers.” Within, the staircase rose through to the cupola at the top of the gothic tower, its walls lined with statuary supported on brackets on the walls.

As a painter, Emery was clearly influenced by, and acquainted with, marine artist Fitz Henry Lane, who spent time in neighboring Castine. Emery proudly sent Lane a photo (inset) of “Linwood Cottage,” with the Emery family on the front porch.

With its cupola recently restored, the house today retains its 19th century appearance, and remains unique in Maine.

A native of Blue Hill, antiques dealer Brad Emerson has always been fascinated with the built environment, and writes an occasional architecture blog called the “Down East Dilettante.”

Some book ideas for winter reading