Welcome Downeast: The Towns, the Bays, the Mountains

“Not only the days, but life itself lengthens in summer. I would spread abroad my arms and gather more of it to me, could I do so.” 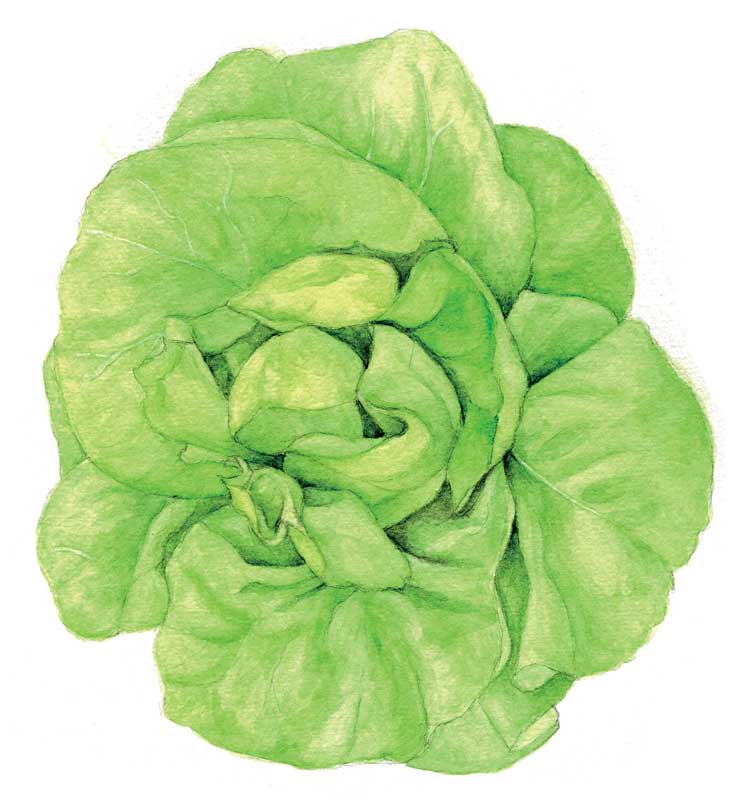 The produce of the fields is coming to your local farmer’s market with fragrant onions, heady lettuces, crunchy snow peas, aromatic spices, and cut flowers to take home. Nearly every town has a farmer’s market with bright colorful booths, friendly people, and often live music, giving the whole enterprise the air of a Medieval marketplace—or a Neolithic one, for that matter—feeding something very primal and deep in the heart.

The second wave of summer flowers, notably daisies and buttercups, now gives way to the next wave of Queen Anne’s lace, with tansy and shocking pink spikes of fireweed coming right along too. Fireweed gets its name for preferring burned-over areas, but once established, a plot of these dramatic flowers will come back year after year in the same place, taking the breath away when suddenly seen around a corner in the trail. Along the margins of the woods and into abandoned fields, meadowsweet and steeplebush raise their pink and white spires which give them their botanical name, Spirea. Soon we can expect to see plentiful goldenrod as summer nears its summit.

Ramblers around town or along the shore these days soon discover fallen feathers of crows or gulls or other birds—gifts from the sky. This is molting season for adult avians, the time when old feathers are replaced by new, usually after brooding and while food is still abundant.

Even the simplest feather has an immensely complicated structure. Not only does a feather have a stem and veins like a leaf, but each vein has feathery edges, too, so that the feathers lock together in flight. On owls, the leading edges of the wing feathers are soft and downy, allowing them to fly in silence. Ducks and sea birds have an oil gland which helps them groom their feathers so water rolls right off. A fallen feather taken home becomes a talisman tying us in with the rest of Creation. Native people have used feathers for ornamentation for millennia, as did Victorian ladies. Even my mother’s generation wore feathery hats to church or when traveling, though they didn’t molt all that much.

While adult birds are shedding, the young are fledging. We’ve been watching a crow’s nest in the big sugar maple for a couple of months now. The adults faithfully fed their fledglings for weeks. As the end of their labors drew near, it was time for flying lessons in the orchard. Awkward, squawking youngsters bumbled about trying out their new feathers, still white at the base. Flapping frantically, they careened from the oak tree into the branches of a lilac bush, then blundered into an apple tree—obviously elated—while the parents cawed their encouragement. Meanwhile, down behind the dam on the mill brook, fledgling mallards paddled along behind their mothers, preening and looking over their shoulders to admire their fluffy new coats. 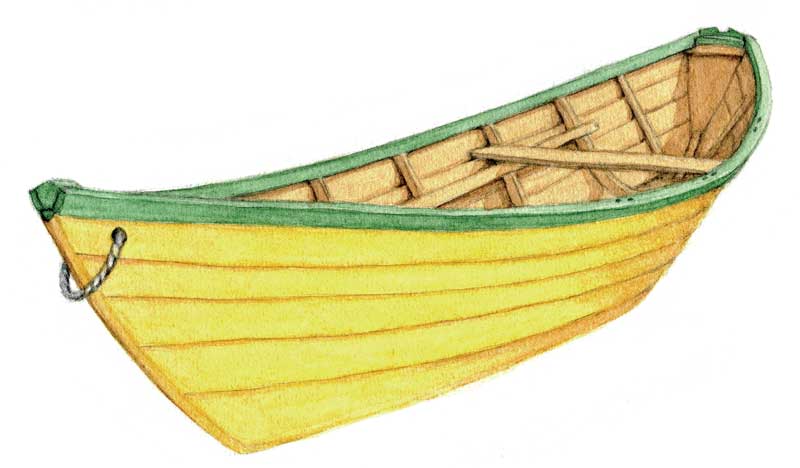 There is nothing quite like a dip in saltwater to wash your cares away. Maine’s waters are notoriously cold even in high summer, but that doesn’t mean we can’t jump right in, even if we are just going to jump right back out again. The astringent sting of salt in every little cut or scrape, the cold shock going in and the wave of warmth coming out, the smell and taste of the ocean water as it runs out of our hair, the refreshment and exhilaration: these are the rewards of a dip in the waters of the mighty Gulf of Maine.

During a previous July at our Moose Island field station, I noticed little bumblebees flying in and out of the shop where we keep tools, scrap wood, and myriad of other things. The bees, probably Bombus terristris, were coming and going between the sloppy kindling pile and the neatly stacked oak. This made me curious and I began a study of bumblebees. I had thought they were solitary creatures, feeding themselves and sleeping under any handy flower at night, and I admired them for that. My studies revealed that bumblebees are not as social as honeybees, wasps, and hornets, but do feed a queen bee through the summer. She lays eggs which hatch into solitary queens who leave the nest in autumn and find a safe place to winter over to start more small colonies the next year, while the whole of this year’s tribe dies.

When autumn rolled around, the activity increased to resemble rush hour at LaGuardia with departures and arrivals every few seconds. Many of the bees were exceedingly enormous, the C-5As of the insect world. This made for some interesting moments getting wood for the 1905 Glenwood Modern cookstove on cool nights, such as the evening I went out to split some kindling on the chopping block by the kindling pile. As the axe fell and the kindling flew, the stolid bumblebees maintained their familiar flight pattern, buzzing in and out contentedly, and mostly steering clear of me. When I bent over to pick up the kindling with my hindquarters pointed directly into their approach, several of them flew right between my legs and even bumbled into me without the slightest sign of hostility, returning to their course toward the terminal: their queen under the woodpile. Days later, as I was painting atop a 28-foot ladder, one even flew into my ear, bumbled a little, and flew out.

Peaceful, humble bumbling has worked exceedingly well for the bumblebees, and for most humans through the ages. Should we all try to be a little more humble for a change?

Black-eyed Susies are showing their faces sunward in orange swards in the fields. Queen Anne’s lace adds its delicate decoration. Shocking pink fireweed is now fully blooming to the point of its steepled stalks and putting out its thin red seed pods below. Raspberries squish soft and sweet on the tongue. Blackberries bulge. On blueberry barrens, rakers labor away, swinging their tines behind lines of white twine. Apples are sizing up and showing some red on their sunny shoulders.

It has been foggy many mornings in our bays and inlets, providing a dramatic backdrop for the coastal sailor or kayaker. The last 20 years have seen a sharp increase in recreational small craft plying the waters, from kayaks to peapods to dories, many of them handmade. People who love going out on the water on their own are a particular breed, and many have widened their circle of compassion by calling for cleaning up the oceans and protecting the thousands of creatures who make the oceans home.

When a beaver slaps its tail on a calm pond, when a seal pokes up its head in a quiet bay, when a whale breaches at sea, waves move out in circles in all directions until they meet something else, then a small wave comes back to where it started, like an echo. The circle of compassion is like that. When we practice kindness to the world, it comes back to us sooner or later, greater or lesser, but it always comes back. This is a law of Nature, to be ignored at our peril or followed to our benefit.

While joyfully engaged in the Sisyphean task of cutting brush on the high bank along the shore of Cobscook Bay, I was treated to one of the most elemental natural events when the sound of thunder and the sight of strange, tortured clouds in the north gave me pause. An unfamiliar roar came across the waters of the bay and sent me scurrying up to the cabin just seconds before the heavens opened with the most horrendous hail-storm I’ve ever seen. Bushels of nickel- to quarter-sized hail-stones hammered upon the roof and bounced in the grass like thousands of pale, manic grasshoppers while thunder and lightning tore the sky. Fresh green leaves torn from the trees fluttered down all around as I stood awe-struck by the open window. At the height of the tumult, the sound of a lone robin’s rain-song floated through the woods.

A torrential rain followed the hail, until the storm passed to the south. I ventured out to gather a handful of hailstones with pure white pea-sized centers surrounded by crystal clear ice. I ate a few to taste the pure sweetness of the sublime water, drawn from the sea by the heat of the sun, lifted in clouds to the cold high atmosphere until they grew too heavy for the sky to hold them, then fell of their own weight down to our great delight. What an honor, what an elemental sacrament, to taste this bread and wine of the high heavens down here on earth.

From Emily Dickinson: “To live is so startling, it leaves little time for anything else.”

Rob McCall lives way downeast. This almanack is excerpted from his weekly radio show on WERU FM (89.9 in Blue Hill, 99.9 in Bangor) and streamed via www.weru.org.