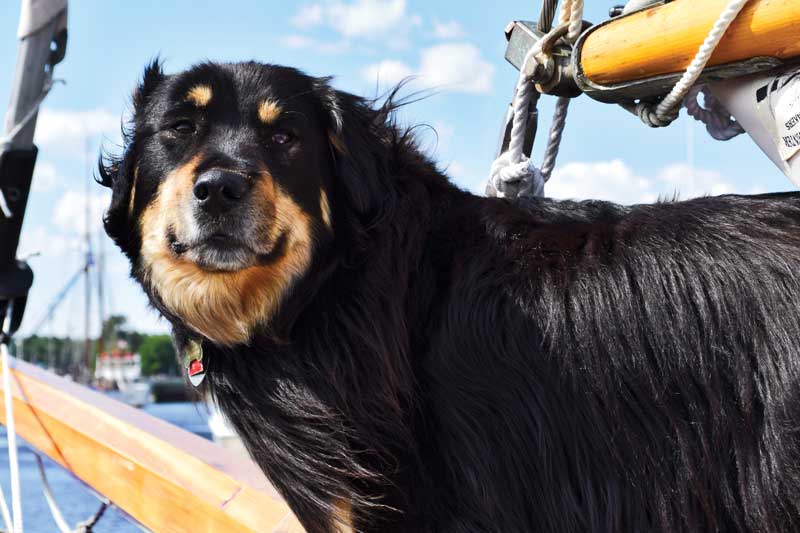 Not every schooner features a “director of  relaxation.” But on the Kennebunkport-based Eleanor, Hoss holds that job and he takes it very seriously —complete with woofs, sniffs, and tail wags. Yes, you guessed it, Hoss is a dog whose lineage includes a little Yorkie, bulldog, Irish setter, and Belgian shepherd. Adopted from a shelter by the schooner’s owners, Rich and Kristen Woodman, he was a squirrel-obsessed, high-energy whirlwind… NOT a sailor dog. The Woodmans took him boating in hopes of calming him down and it worked. Now he’s a star who makes sure the passengers are relaxed and the crew is kept in line. The Eleanor makes three two-hour trips each day, and Hoss is present for the first two outings, but he is shoreside during the dinner hour, per “doggie union” regulations. When the sailing season ends, Hoss spends the winter helping Rich at his boatshop building custom wooden boats. 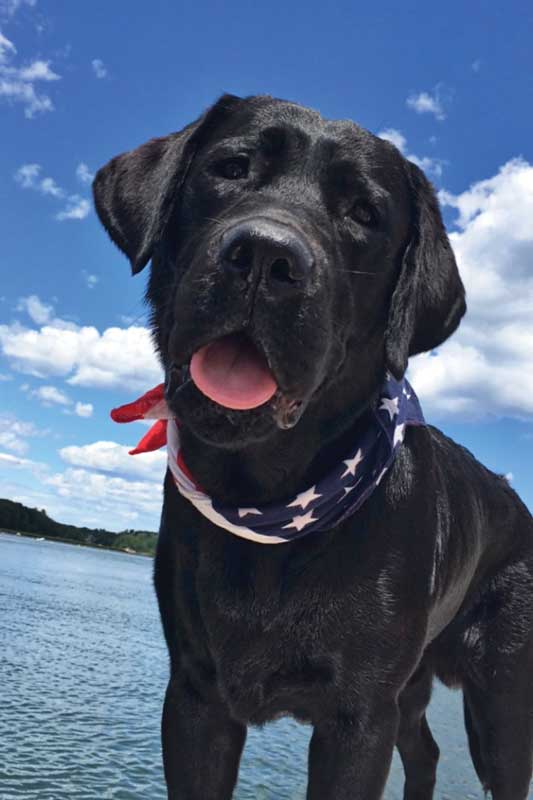 An English Labrador retriever, Bunker was born Sept. 1, 2017 in Charlestown, Massachusetts, near the Bunker Hill Monument (hence his name). Luckily for Bunker, when he was still just a young ‘un his people pursued their dream of moving back to Maine. Bunker LOVES boating and so does his companion, Ed Bernard, who runs Maine’s first two franchise locations of Freedom Boat Club. Still a puppy at heart, Bunker is always up for adventure and looks forward to all the options he’ll have for boating this summer on the Freedom Boat Club fleet of center consoles, dual console, deck and pontoon boats out of Casco Bay and Brandy Pond. He’s dreaming of warm days on the water and being on the bow with the spray in his face and the wind in his ears.