This one was built as a pleasure boat

The wooden powerboats built by Peter Kass and his crew at John's Bay Boat Co. in South Bristol, Maine, are so popular that he has a waiting list of customers. If you order a boat from him today, you’ll have to wait five years to get it. He's got orders in the book for four boats and each of these one-of-a-kind vessels takes time. 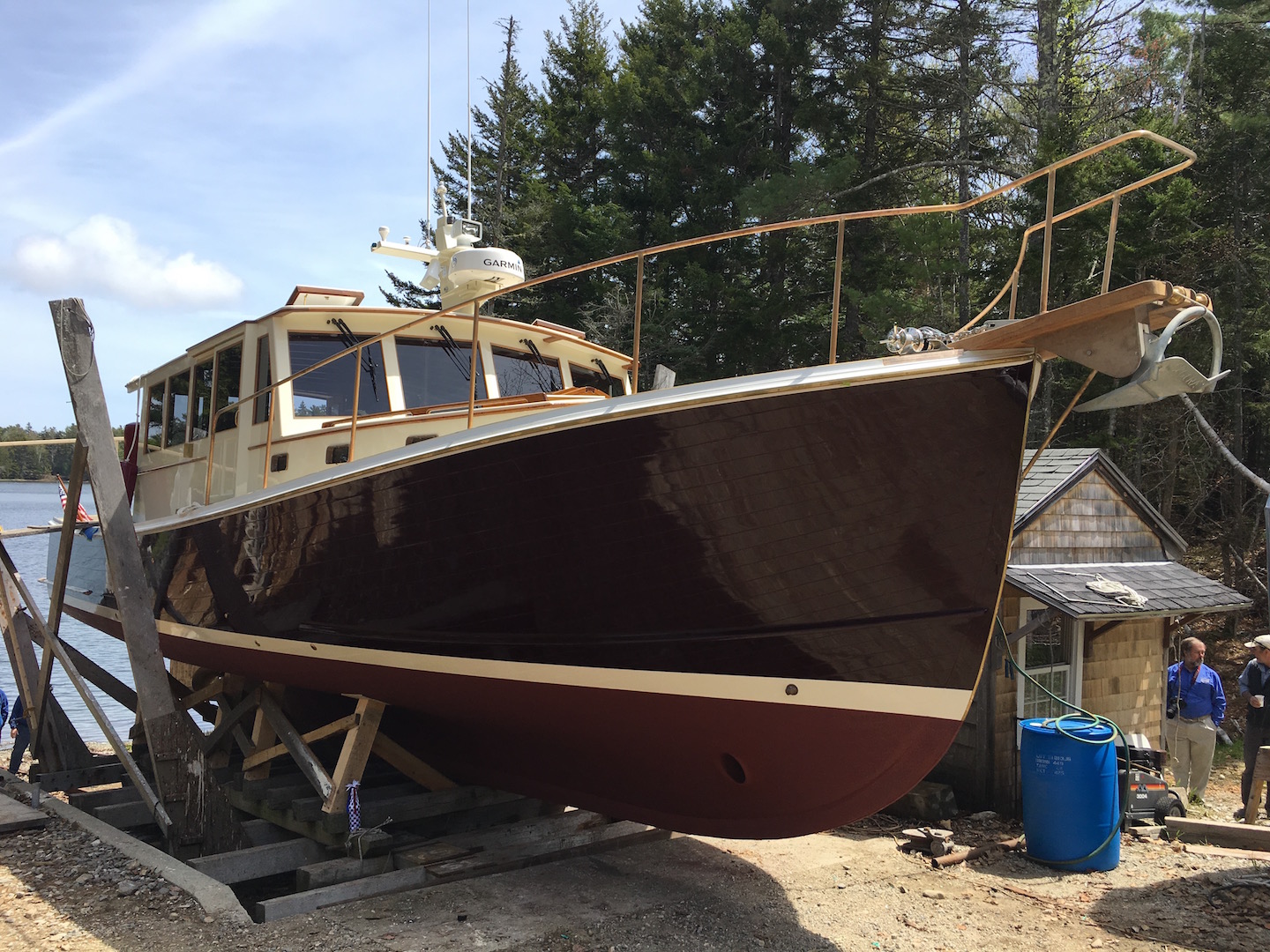 The yard’s most recent launch of a 42 foot pleasure boat named Rhum took place on a sunny May weekend, and like most of the yard’s launches this one featured a festive party with friends of the owner and members of the unofficial “People who own boats by Peter Kass Club.” As always, all the owners gathered for a group photo before the actual launching.

Many of the boats Kass builds are built for lobstermen, and as a result do not have finished interiors. But Rhum’s living and cruising quarters are top-notch. Wooden paneling, white paint, stone counters, and plenty of finished living space. 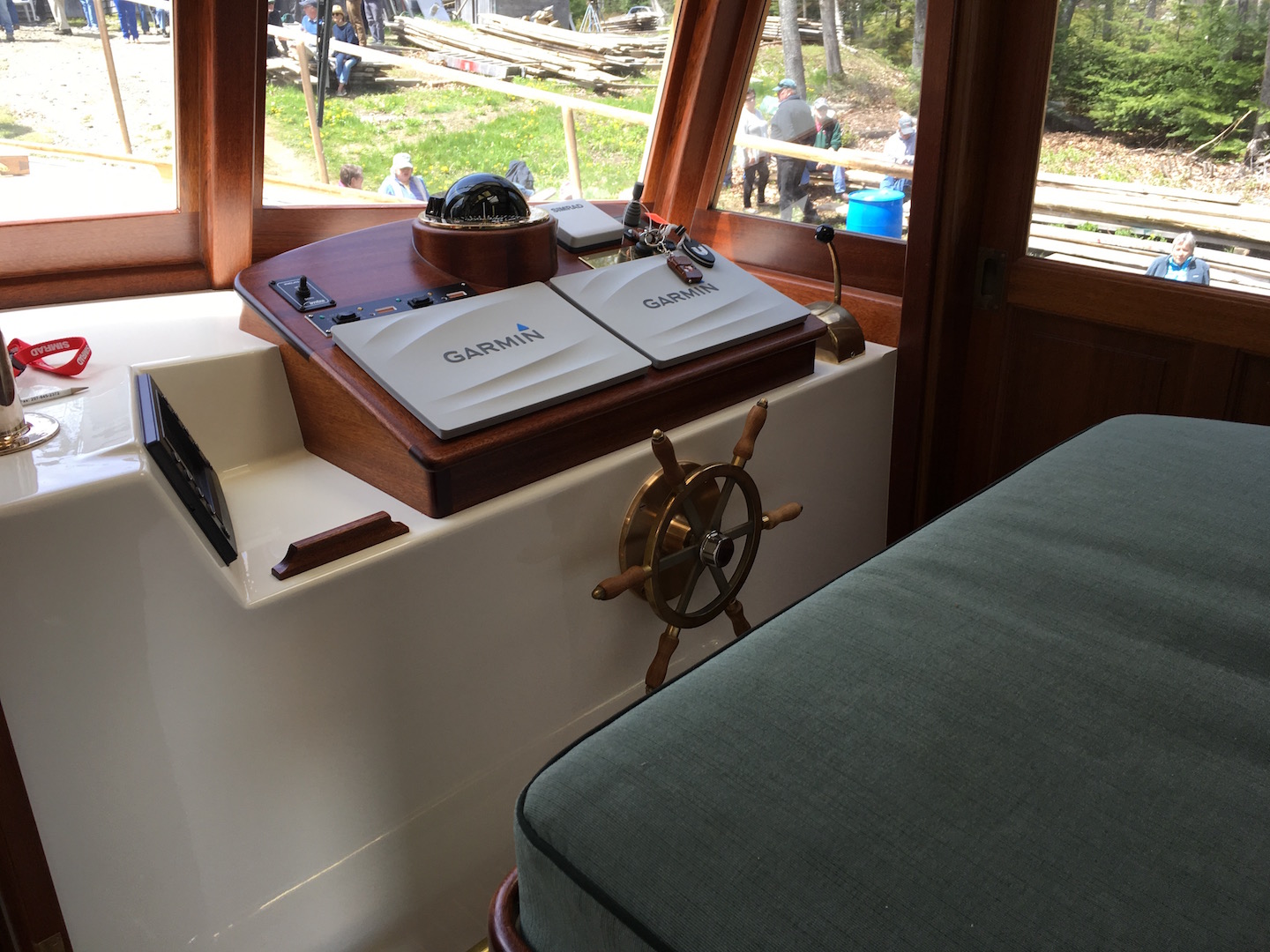 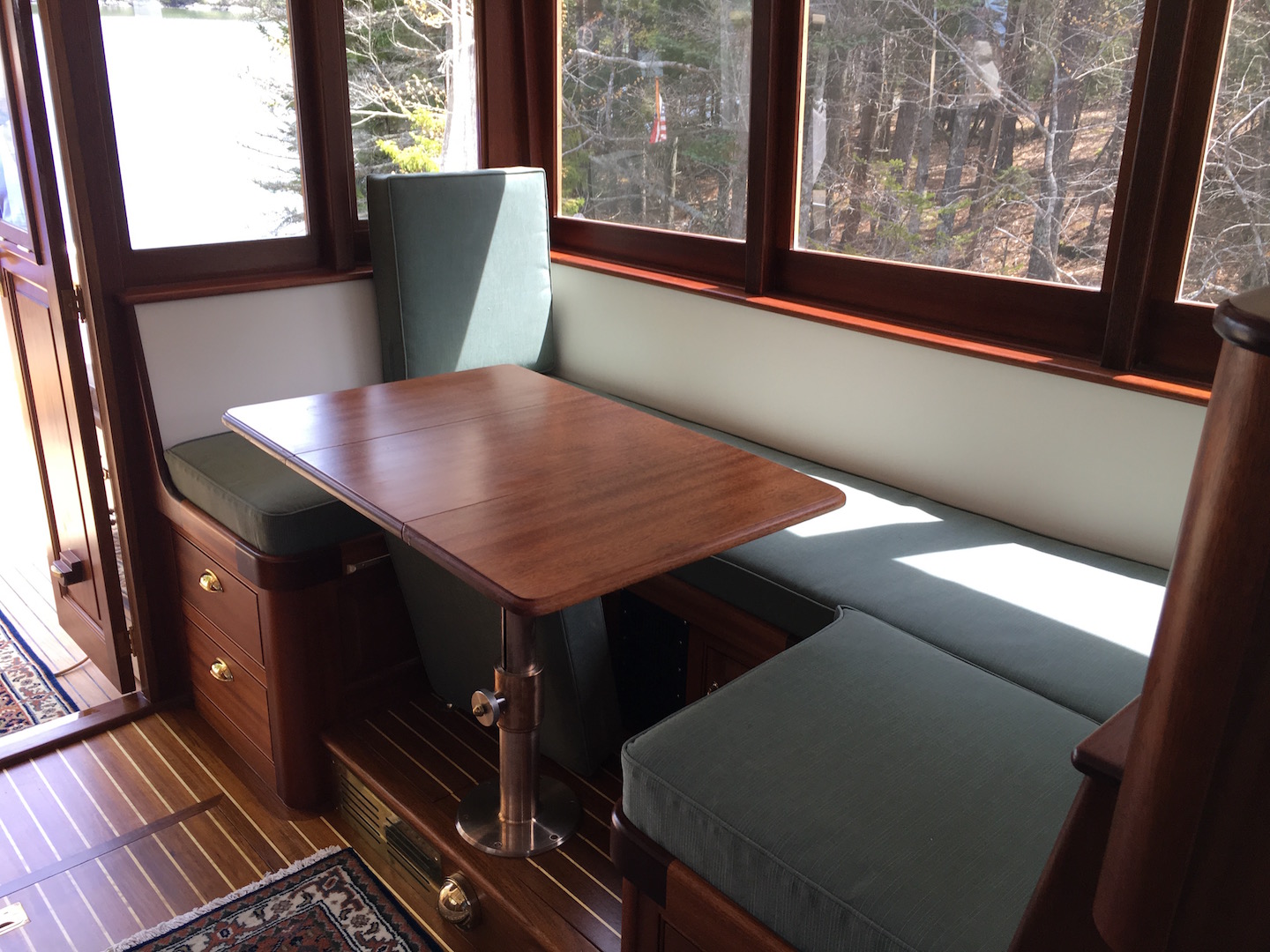 Rhum’s owners, Leslie and Alan Hill of Friendship, Maine, have been sailors for years but said the time had come to get a boat that would take them places more reliably and faster than their old sailboat. The couple knew they wanted a wooden boat and visited many yards before settling on John's Bay, explained Leslie Hill. Hill, who wrote a special poem for the launching, was moved to tears as she described sailing adventures with her husband and then praised Kass and his crew. “His craft is built into his heart,” she read. “We’ve known this from the very start.” 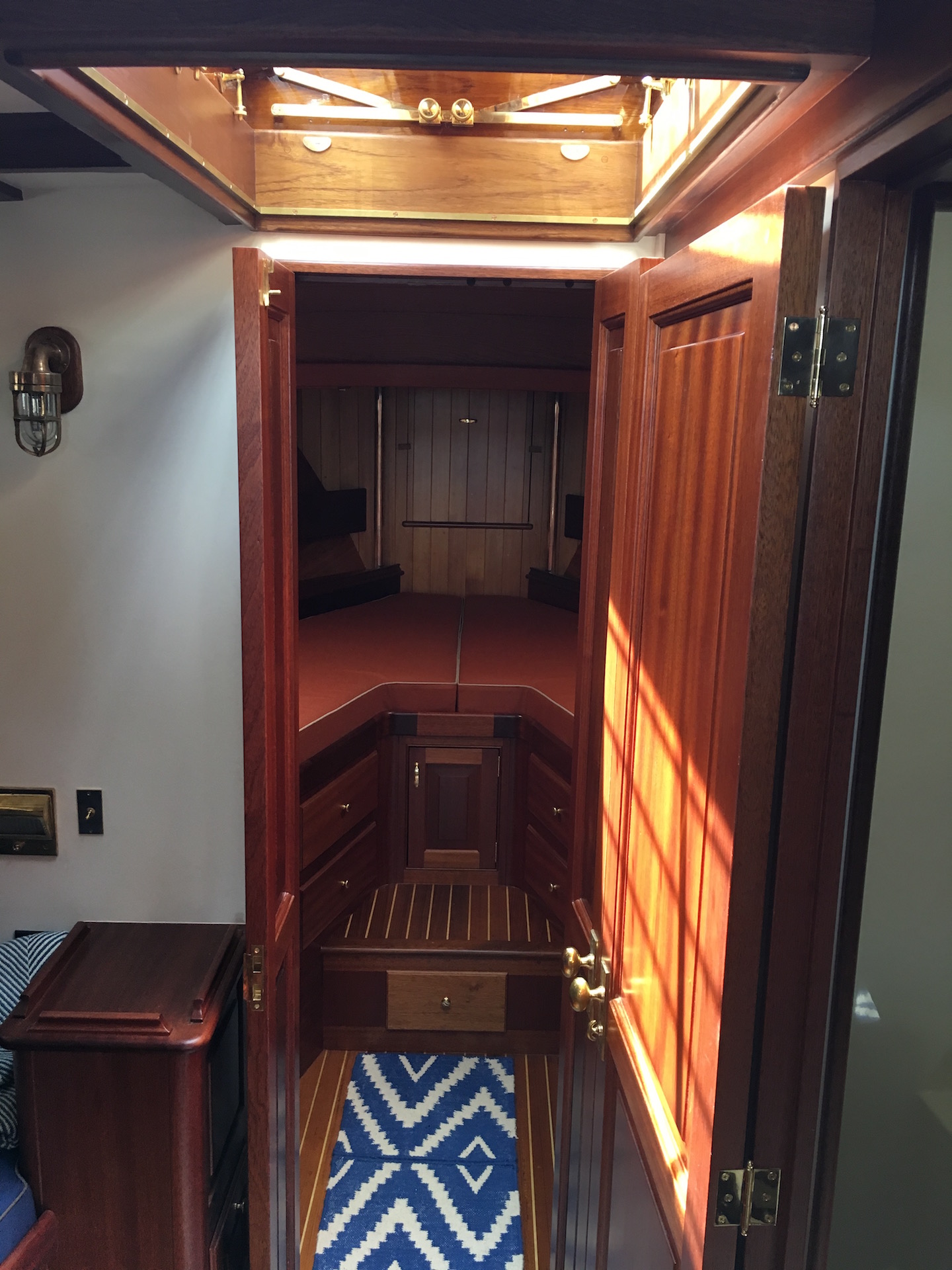 While many boats are sent down the ways with a crack of a champagne bottle, Leslie Hill used a bottle of rum brought back from the Bahamas by friends Cabot and Heidi Lyman. Rhum is 42 feet long, 14 feet wide, and draws 5 feet. Powered by a QSC8.3 Cummins 500-hp engine, it displaces 22,000 pounds and should be able to go 18 knots with the throttle fully pushed down, according to Kass.

Watch our video of the launching here.