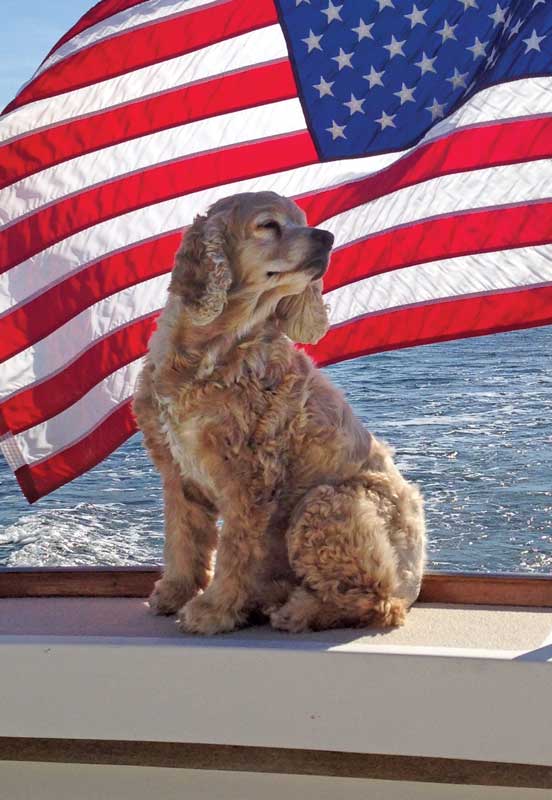 Starboard Starboard, a 12-year-old cocker spaniel, loves cruising on her family’s Wilbur 34, which is based in La Trappe Creek, a tributary of the Choptank River off the Chesepeake Bay. When aboard, like a boat on starboard tack, she makes sure she gets her way. She’s quite useful to have around because she has a nose for crumbs and cleans the deck after meals as nicely as any vacuum. She is well trained by her humans to do her “business” on a green plastic doormat with a daisy on it—referred to by her boating companions as “green acres.” 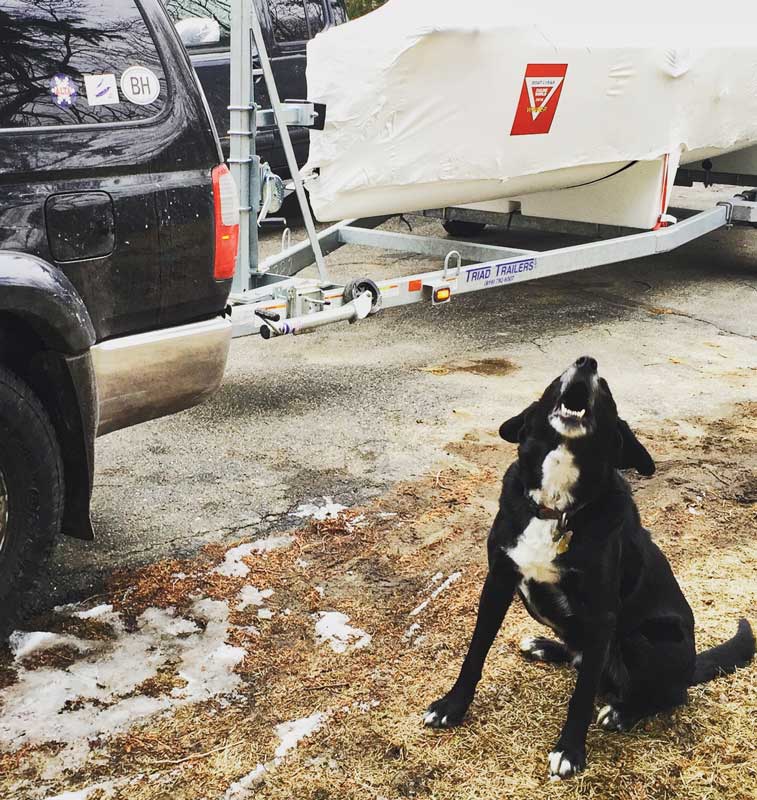 Salty Dog Shadow Salty Dog Shadow is a key member of the team at Seascape USA in Kittery. A collie/Lab mix, he is eight years old but acts much younger while he oversees the crew both on the water (he always wears his life jacket) and on land.

Designed by two mini-transat sailors, and crafted for speed and simplicity, the Seascape line of boats is built in Slovenia. Seascape USA, located in Kittery, sells three versions, a Seascape 18, the Seascape 24, and the Seascape 27. Salty Dog Shadow says they are all a “howl” to sail.