Love on a grand scale 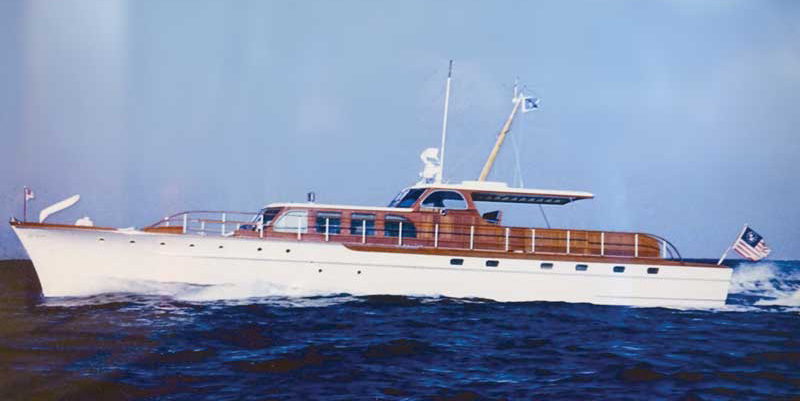 I became the first mate on the Rumak III (MBH&H March/April 2017) very soon after she was built, after she had traveled from the Trumpy Yacht Yard in Annapolis to Daytona Boat Works. I showed up from Maine on Christmas 1955 and the captain, Jim Wooden, told me that if his other crew didn’t show up by Jan. 2, I could have the job of first mate. I went to the boat at 6 a.m. on Jan 2. At 7 a.m. Jim got there and said, “Why haven’t you gotten to work yet?”

The next two and a half years were wonderful. Jim and the cook became my best friends. Jim taught me how to run the radar so I could take the boat anywhere alone. He taught me how to handle an 80' powerboat in the tightest spot he could find. I became known as a very capable skipper. The owner Ruth McKelvey (hence the name Rumak) was a wonderful woman who loved all of us on the crew. Rumak III was her boat, bought with her own money.

When we left Daytona Beach headed for Ft. Lauderdale, Ruth had a photo taken of the Rumak III, and gave a copy to each of us on the crew. I still have that photo and love it (shown here).

Ruth used to have Jim take the three of us out to dinner once a week no matter where we were. She was very generous. She would give us each $50 for carrying her luggage to the boat each time she came on board, and $25 to carry it when she left. One night she asked me if I ever wondered about the difference in the amounts. She explained it was because she wanted us to be more pleased to see her when she arrived than when she left.

When I got married in 1957, Ruth McKelvey had Jim Wooden take me to a men’s shop and bought me three suits and all the trimmings for the wedding. She bought our wedding rings, gave both me and my wife watches, and gave my wife a special dress. I stayed working on the boat for another three months because it was hard to leave the Rumak III. What a wonderful job that was.

I grew up in Owls Head and return each summer, but the rest of the year I teach English. I have a literary boat question.

What would a lobsterman do with a “nine-knot yawl?” The question refers to these lines from Robert Lowell’s poem “Skunk Hour,” set in Castine:

We’ve lost our summer millionaire, who seemed to leap from an L. L. Bean catalogue. His nine-knot yawl was auctioned off to lobstermen.

I had a sternman’s license in high school but never seriously lobstered, although a lot of my friends fish for a living. I can make an educated guess, but I feel I need a better perspective.

Lowell’s poem is set in the 1950s. Would a working lobsterman have had any practical use for a millionaire’s “yawl?” I understand we should grant Lowell some poetic license, but the poem is so specifically detailed in other ways it seems fair to question how true-to-life and historically accurate the poet’s vision really is. If anyone has an answer or a good source for research, I’d appreciate it. 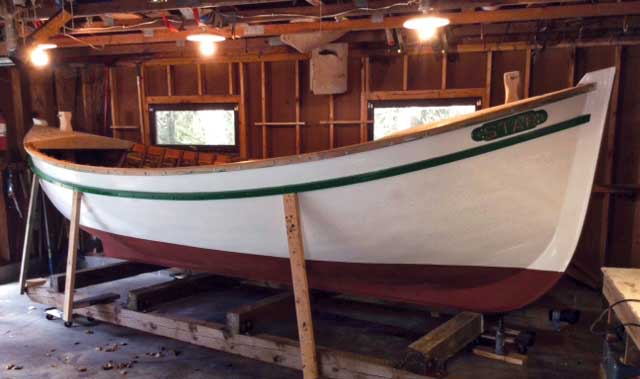 A basket case no longer

I  enjoyed the comments by John Hanson and Ellery Brown on “Basket Case” boats in the previous issue. I have rescued four basket cases and join John and Ellery in encouraging readers to give classic boats a second look before applying the torch.

My most recent boat is 20' and resembles an East Coast “Picnic Boat,” but was used for commercial fishing in the exposed offshore waters of Isle Royale in Lake Superior.

Built in 1934 in Upper Michigan, it owes its long life to an aging steward who for 43 years kept the dream of restoring it. I fell for its lines, design, and history, and bought it and its engine for $1 in 2013. Days later and after a forehead slap and a “What was I thinking?” moment, I took on the challenge of rebuilding it, with the help of several friends from our little town, which once was a center for commercial fishing.

The rebuild plan for this “pattern boat”—or “gray boat”—was as follows:

1. Coerce the hogged boat back into its original shape. The right side was broken and rotted having lain on her side for 34 years. We used the good left side as a pattern for the right, and seven evenly spaced bulkheads along the keel to hold the shape. Its straight keel was broken, so we dropped the old one, slid in a new one, and aligned what was left of the frames (ribs) to where we thought they should connect to the keel.

2. Salvage what we could of the stems and used the rotten portions as patterns for new pieces, which we spliced to the good wood.

3. Reframe it by removing and replacing alternate frames. We could not remove all at once or the boat would have fallen apart.

4. Turn the boat upside down and replank about 80 percent of it.

I don’t mean to over-simplify what was done, as it was a lot of work and head scratching trying to figure out parts of the boat that had turned to dirt.

So many of these “basket places” capture moments in time and when they are lost, so is the moment.