The sweetest of childhood memories

If I were to separate my wonderful childhood memories into categories, food would definitely be one. Mom’s recipes not only healed our family’s sometimes broken hearts, they also sealed our celebratory moments forever. With each holiday and special-occasion recipe, she strengthened our family’s traditions. 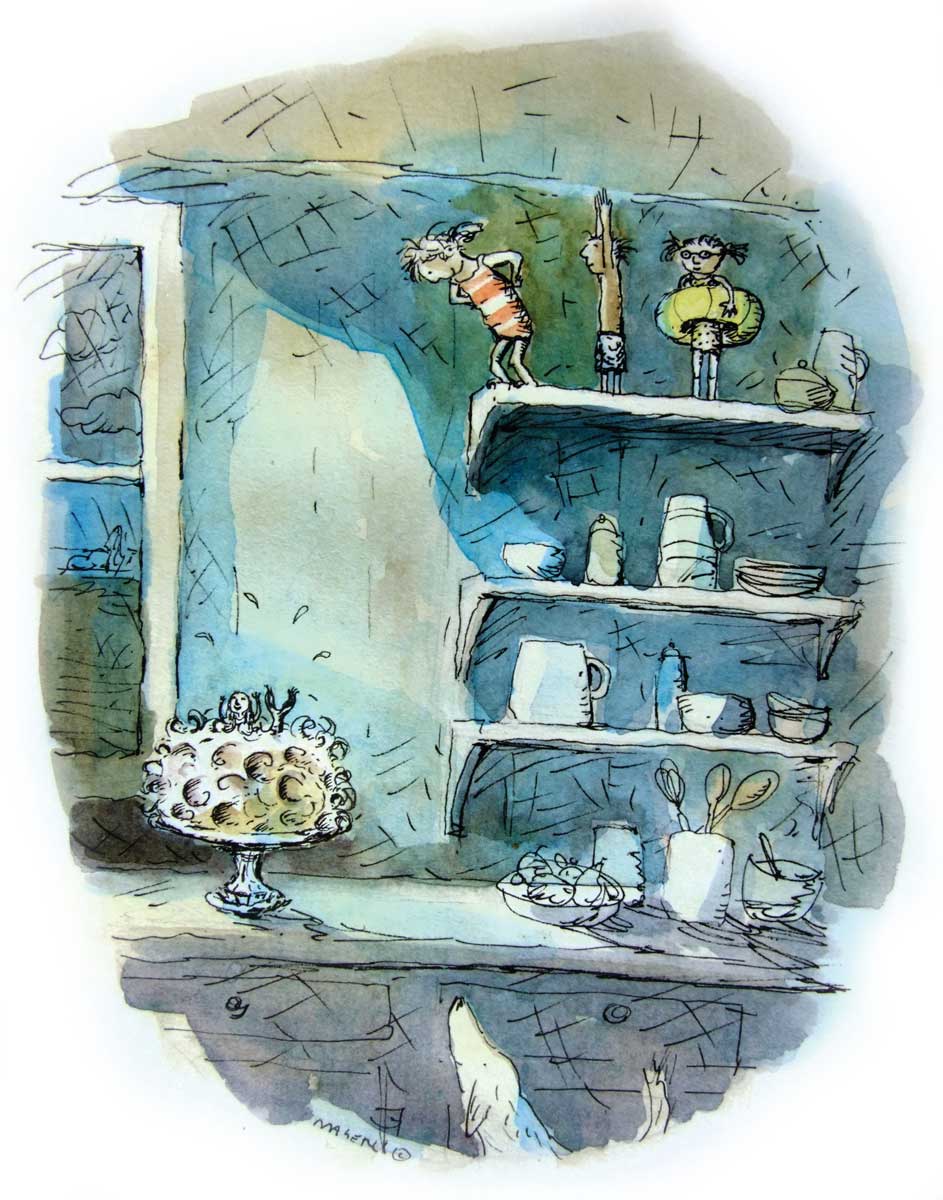 Caroline Magerl One of those sweet traditions was the Seven Minute Icing, which she made for all of our birthday cakes. Although the cake flavor would change according to the recipient’s taste, the icing never did. For Dad’s birthday, he always requested a heavy milk cake with lemon curd filling; my sisters, brothers, and I all began our early birthday celebrations with chocolate cake. Our requests for cake flavors would, of course, change as our tastes developed, but our requests for the Seven Minute Icing never wavered.

I often watched Mom standing at the stove holding the handle of the double boiler with one hand and her zippy electric mixer firmly with the other. Within several minutes, the glistening white icing rose up and formed a voluptuous mountain. Then she would stop the mixer, lifting the beaters straight up so that they created peaks. If those peaks didn’t stand firm, she continued to beat the icing before testing again. A capful of vanilla followed, and then a few more whips to mix it in before she released the beaters from the Mix-master. She always passed me a beater to lick while she iced the cake. If a number of children stood watching, we shared the beaters among us. The taste was warm and smooth and sweet, a taste we called sugar satin.

On the kitchen counter, two chocolate cake layers sat cooling over cake racks. Beside them sat a pedestal crystal cake plate. Mom would place one layer on the pedestal plate and then scoop a fluffy cloud of icing in the center, quickly spreading it for the filling. She placed the second layer and then scooped the remainder of the icing on top, and, with a silver dinner knife, spread the frosting over and around the cake quickly and without a crumb in sight. Afterward, she fluffed the smooth surface into a series of gentle waves.

In the middle of each cake, Mom always placed something that identified how well she knew the person who was celebrating a birthday. One year, when I was obsessed with ponies, it was a miniature Royal Doulton black-and-white pony; she once placed a plastic baseball player in the center of my little brother’s cake—I think it was Mickey Mantle. Those thoughtfully chosen items appeared to me as the icing on the icing of the cake.

Searching online for the meaning of “icing on the cake,” I found: “An extra enhancement, something added to another good thing.” This explanation seems perfect, for I am sure that the plain yet delicious cakes would have not risen to such heights in my memory without the billowing icing and the personalization. It is a tradition that I now carry on for my own children. At one of my daughter’s birthday parties, a young guest stared at the cake and asked, “Why is that plastic seal on there? Can we eat it?” It was the year my older daughter declared herself to be a selkie, a mythological creature with seal-like qualities.

I am not sure where Mom got her recipe for Seven Minute Icing, which I prefer to call Seven Minute Frosting. In cookbooks, icings and frostings seem interchangeable, but for me, the word frosting better describes the outcome. Perhaps that’s because it rises high and shimmers like fresh frosty snow.

I am sure Mom’s recipe had been passed down. I wish I had asked her.

After my marriage, Mom and my sister, Linda, put together a collection of family recipes for me—a small three-ring binder with recipes carefully written out in their sweet handwriting. It is my most treasured book. It is rather tattered now, with most of the recipe pages stained, particularly the page for Seven Minute Icing. On that page, Mom included another recipe, for Sea Foam Icing. At the bottom of the page, which included both recipes, she wrote a helpful hint: “I find the sea foam icing much easier and quicker.”

Looking at this note, I see Mom’s gentle urging. Make the icing. Create the traditions. Just do it.

I confess, I have never made Seven Minute Frosting. I have never stood at the stove for the seven minutes necessary to beat the frosting into satiny submission. It only lives in my childhood memories. Instead, I have taken the easier, quicker route. I have followed Mom’s advice rather than her example. My children only know Sea Foam Icing and the swirly waves that I, like Mom, always create. Is there a difference in the two frostings? I suppose there is but I can’t recall.

I know for sure that there are similarities. Both frostings harden immediately and so must be put on the cake quickly. Both shimmer like a thousand stars. Both will turn sugary overnight so the entire cake must be eaten on the day that it is made. And what joy that is for children. What a tradition.

Boil 1 cup white or brown sugar (or mixed) with 1/4 cup water, until it spins a thread. Gradually add to two beaten egg whites (in peaks) until the frosting peaks again. Add vanilla and beat again. Spread on cake.

Combine the sugar, water, egg whites, and cream of tartar in the top of a double boiler. Using an electric mixer on low speed, beat the ingredients for 30 seconds to combine.

Allow the frosting to cool; it should be slightly warm or at room temperature when you use it. Discard any leftovers. Store frosted cake in a cool, dry place until ready to serve. Makes 4 cups.

Deborah Joy Corey lives and writes in Castine, Maine. Her memoir, Settling Twice, will be published in June. For more about Corey and her writing visit www.deborahjoycorey.com.