“The inhabitants of cities suppose that the country landscape is pleasant only half the year. I please myself with observing the graces of the winter scenery… To the attentive eye, each moment of the year has its own beauty, and the same field, it beholds, every hour, a picture which was never seen before, and which shall never be seen again.”

Here we are in January, and sooner or later we will come face to face with the Great Bear of the North. He is huge and shaggy white, his eyes are steely gray, his teeth are like icicles, his coat is like hoar-frost, and his breath can freeze us in our tracks. And once you are frozen, he can take his time devouring you.

We have a couple of choices: We can choose to stay denned up in our houses until the snow is gone, or we can go out and face him on his own ground.

When we opt to go out, we had better be prepared with the right gear and warmest clothes available. They don’t have to be fashionable, or expensive, just layers and layers of warmth. Wool over cotton has long been the rule, but many of the newer synthetics are good, too. Extra care is taken to keep fingers, toes, ears, and nose warm. The winter walker will also have skis or snowshoes for venturing off the well-trod paths, or ice creepers and a staff for walking the roads. A little drinking water and a bag of nuts and chocolate finish the kit.

Staying home is the best choice for many, but there will always be those who must meet winter face to face. They take a chance, but they will come back stronger, wiser, and more alive than ever. They will feel the exhilaration of knowing that their dominion over the earth is uncertain and conditional and that nature still, and always, holds the upper hand.

On these cold days flocks of herring gulls and black-backed gulls gather out in the channel, sometimes floating in a raft together, sometimes swirling on narrow angled wings in a spiraling gyre over the water or over the island. Often there will be among the noisy flapping gulls a silent soaring bald eagle with wings broad and flat and still, gliding alone in the crowd. The gulls do not attack the eagle, as crows so often do. They must know that the eagle is a prime predator of gulls when times get tough.

With all the talk of environmental catastrophe and failure of government, sometimes it’s good to remember some significant successes. Consider the bald eagle; by the mid-20th century its numbers were sorely diminished and it had disappeared from most of its range. This creature was the original totem of our nation, on our great seal, our money, even our advertising, and it was nearly gone. But through the dedication of the American people and government action, this bird is now flourishing over its whole range and was removed from the endangered species list in 2007.

There are numerous other examples of American wildlife returning: the American bison, the grizzly bear, the timber wolf, the sea otter, the eider, the whooping crane, the peregrine falcon, the manatee, the gray whale, and many others. Note that the return of these icons of nature did not require most of us to do much. It mostly required that some of us stop doing things, like pouring poisons into our rivers, destroying natural habitat, and spraying pesticides too much. Note also that there are a number of things the government does very well, and protecting endangered creatures is most definitely one of them. Look to the eagle high in the heavens, and see. 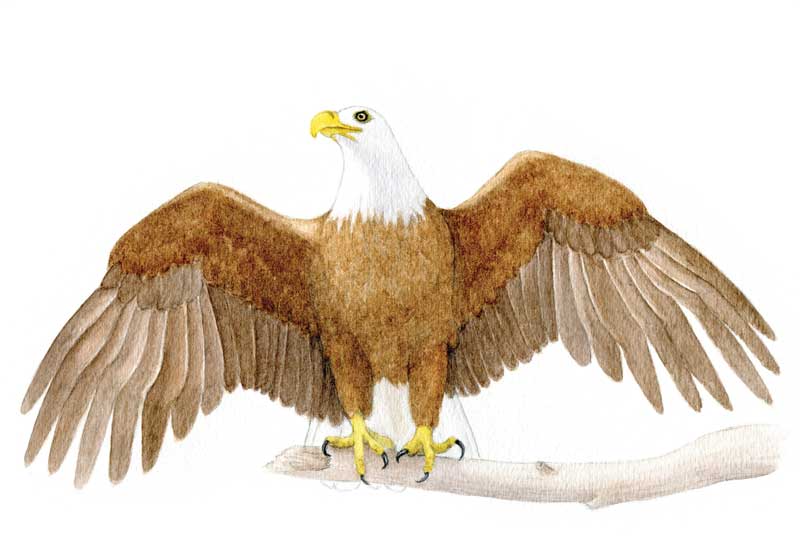 The endangered North Atlantic right whale makes its home in the Gulf of Maine and is the subject of some mildly encouraging news: Due to the hard work of many fishermen and others who love the sea, this whale’s numbers are slowly but surely increasing. With a population down to about 300 in the early 1990s, this most endangered of marine mammals now numbers about 520, a fairly healthy recovery considering that females do not give birth until age nine or 10 and produce only one calf every three to six years. Last year the National Oceanic and Atmospheric Administration announced that it was outlining much larger protected areas for this beleaguered Leviathan, extending its northern sanctuary between Cape Cod and Nova Scotia to over 21,000 square nautical miles. The chief causes of mortality for right whales are being struck by our boats and being entangled in our fishing gear. These are tragedies we can do something about, as long as the will is there. 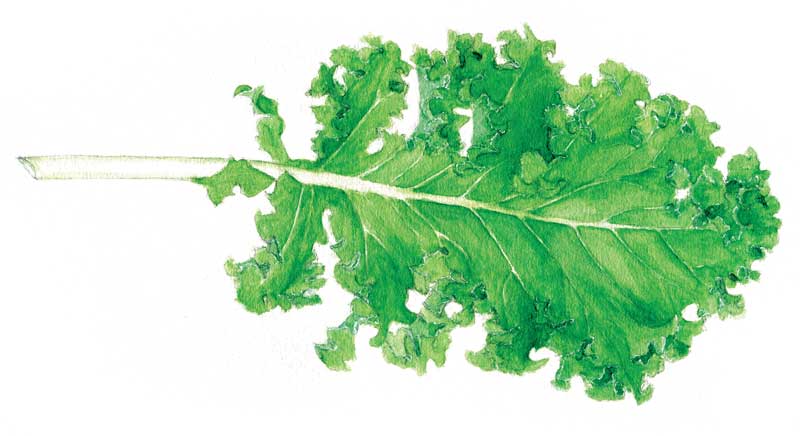 Among the many wonders of kale is its winter hardiness. This week we crunched through the icy crust out to the neighbor’s garden and dug some brittle, frozen kale leaves from under the snow. After thawing in the kitchen they were as green, fresh and sweet as could be, with color and flavor far surpassing what you would find in the supermarket. All hail to kale!

At this season of the year, the cold waters of the North Atlantic and the Gulf of Maine are lonely, as the poet John Masefield notes in his much-declaimed poem “Sea Fever.” By now the tall ships have mostly upped anchor for warmer climes. Fishing boats are fewer now that lobster season is over. Pleasure boats have either been hauled out or have headed south. Scallop draggers still plow up the bottom of the bay, but fewer each day. Marine mammals like the harbor seals and right whales have gone south. So have the migrating shore birds, the ospreys, and some of the eagles.

Still staying right here to winter over with us, and sending their raucous calls through the quiet sky, are the ubiquitous seagulls. If gulls weren’t so abundant, people would come from afar to observe them. Taken one or two at a time, they are a striking bird: stately, handsome, social, and remarkably adapted to their environment. But there are just too darned many of them. Then again, the same could be said for us.

Hardwood trees may look as good as dead in the depths of winter, with their leaves gone and their buds tightly covered, but they are only sleeping, and can be stirred from their slumber at any time by sufficient warmth and moisture. Their constricted arteries will relax a little, the cellular pumps in their roots will start up again and the sap will rise from root to branch to twig until the buds start to swell and show a little green for a time. If the cold returns, they’ll close their buds, return their sap below ground, and go back to sleep again until one fine day when winter will be over at last.

It’s natural at this time of the year to feel a little trapped in our own homes. It’s the winter blues. It’s cabin fever. But fret not, there are plenty of things that can be done. We can do what migrating species do: walk, swim, or fly to a warmer climate. We can do what bears, chipmunks, and earthworms do: hibernate, dig in at the beginning of winter, fall into a deep sleep, and stay until spring. We can do what over-wintering critters like deer, rabbits, and birds do. They put on their winter coats and stay outside all day, seeking shelter only at night and in foul weather. We can do what the skunks do: simply lay up in their burrows when it’s cold, living off of stored fat day after day, then come out to look for seeds, nuts, or carrion when it warms up a little. One evening this week we saw (and smelled) a pair of skunks out wandering around, little white stripes bouncing in the dark. By late February, skunks are also in a mating mood if the weather is not too cold. Good way to warm up.

We humans are fortunate to have another choice that other animals don’t have, so far as we know: that is, to fly freely on the wings of our minds. Read a book that takes us far and wide, traveling through time or space and away from our cozy den. Soar abroad on the wings of our imagination into the past, into the future, to places we have never been, to places no one has ever been, until it is time to come back in for something to eat and a happy chat by the stove with an over-wintering companion. No warm den or burrow, no grass hut by the shore could be much better than that.

Numbers of goldfinches have been attacking the birdfeeders this week and the males are just beginning to show some color. From time to time we hear the chickadee’s spring song, and are uplifted by their indomitable cheerfulness. And was that a flock of starlings we saw wheeling through the treetops?

From Martin Luther King, Jr.: “If you can’t fly, then run; if you can’t run, then walk; if you can’t walk, then crawl, but whatever you do, you have to keep moving forward.”

From Frank Bolles: “No one can look at a pine tree in winter without knowing that spring will come again in due time.”

Rob McCall lives way downeast on Moose Island. This almanack is excerpted from his weekly radio show, which can be heard on WERU FM (89.9 in Blue Hill, 99.9 in Bangor) and streamed live via www.weru.org. Send Rob a note to sign up for his weekly email at awanadjoalmanack@gmail.com.