A Piece of Maine in Canada

St.  Andrews seems so familiar to me. With its antique wooden houses and quaint storefronts, it looks like it could have been plucked from the Maine coast and dropped down in New Brunswick. In fact, that’s not far from the truth.

As the American Revolutionary War drew to a close, Tories living in Castine were confident the international boundary between the newly formed United States and what is now Canada would be set at the Penobscot River, just west of their village. When the 1783 Treaty of Paris instead established the border 100 miles farther east at the St. Croix River, residents who’d sworn their allegiance to the King were distressed to find themselves living in the United States. So 156 families up and moved, sailing away with 47 dismantled buildings to found St. Andrews on the far side of the St. Croix. They rebuilt some of their homes (a handful still survive) and used the remaining parts and pieces to construct new ones. 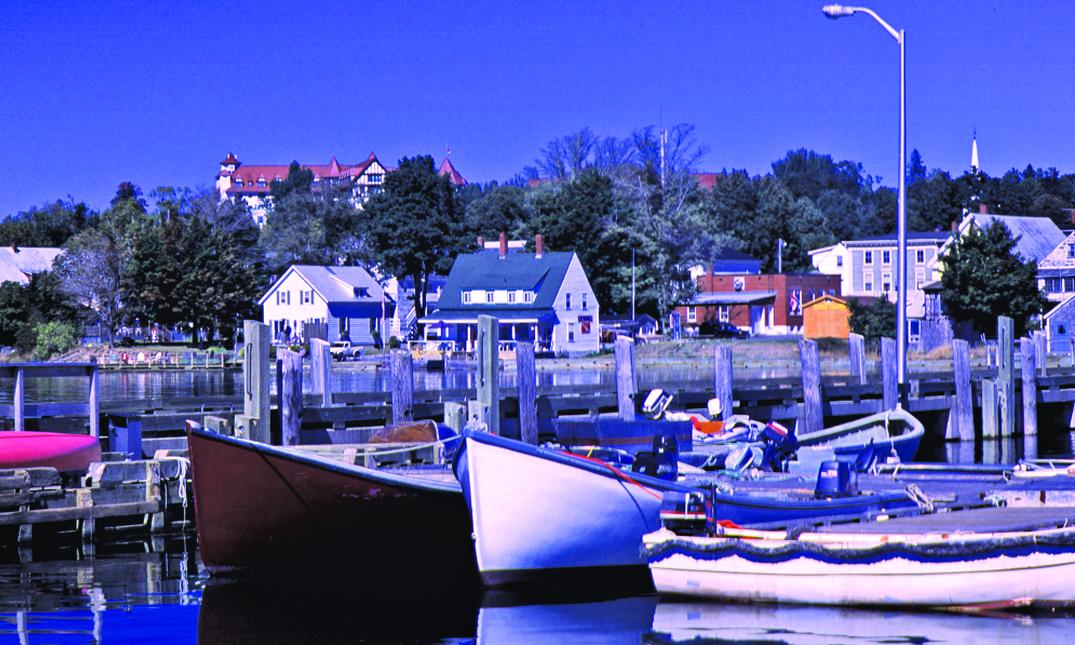 “They brought everything—timbers, doors, even the chimney bricks,” Barry Murray, president of the St. Andrews Civic Trust, told me. “We’re a little piece of New England in Canada.”

Two-and-a-half centuries later, St. Andrews still draws American sailors, offering a welcoming home away from home, if not a new home, to those willing to test their mettle in the region’s infamous fog, nearly 30-foot tides, and powerful currents.

Bob and Marnee Small of Harpswell made the trip a few years ago. “After we passed Schoodic,” Marnee recalled, “we felt alone on the water. We saw few lobsterboats, and far fewer fellow yachts. In the Bay of Fundy, we were glad for all the horsepower we had available to deal with the tides, and we were mighty happy to see West Quoddy Head as we approached through the fog.”

When the Smalls arrived in St. Andrews harbor, the harbormaster (called a wharfinger in parts of Canada) came out in his boat to lead them to a mooring, and helped them make fast.

You’ll find the wharfinger’s office atop Market Wharf, which extends some 100 yards from shore, barely reaching beyond the mud flats at low tide. Don’t attempt to tie up; follow the wharfinger to a mooring ($40 the first night, $20 the second, third night free, then repeat, or $120 per week).

Once settled, it’s time for a harbor-side wander. Stop to browse Water Street’s shops that showcase fine local crafts and English woolens and dine at one of several waterfront pubs and restaurants. In the old town’s original, perfectly laid-out grid, street names—Queen, King, Princess Royal—echo with the founding residents’ Loyalist convictions. To find the still-extant Castine houses, pick up a copy of the brochure, “A Guide to Historic St. Andrews,” or visit www.standrewscivictrust.ca.

By the late 1800s, the scenic town had become Canada’s first seaside resort. Prosperous visitors traveled by overnight train from Montreal and Boston to stay in impressive summer “cottages,” including Covenhoven, on Ministers Island (at low tide, one can walk or drive across the ocean floor to this spectacular, 500-acre estate, now open to the public). Those not invited to private houses checked into elegant hotels like the landmark Algonquin Inn, which has crowned the hill above the harbor since 1889.

Sitting on its verandah, teacup or cocktail in hand, it’s easy to imagine the refined pleasures of those halcyon days. It’s even easy to forgive those Castine Loyalists for turning their backs on our nascent country. After all, if not for them, we might not have this charming town to visit today.