“I walk in your world, a mercy, a healing. Like a cooper of barrels you bind the mountains with ribbing. Your hand rests on the rambunctious seas, they grow peaceful, the brow of a sleeping child. Autumn is a king’s progress, largess lies ripe on the land. Up, down the furrow your Midas touch rains gold, rainbows are from your glance. Fall of rain, evenfall, all, all
is blessing.” —Daniel Berrigan 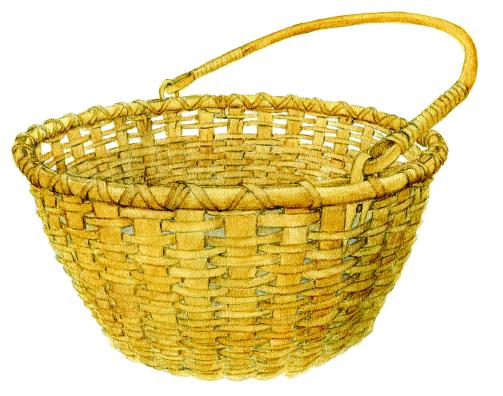 Illustration by Candice Hutchison The fall migrations have begun and the young of many creatures are striking out to find new territories. This includes many small mammals such as skunks, raccoons, porcupines, squirrels, mice, and others. The upright primates who make up a good part of our downeast population over the summer have already departed for cities and suburbs farther south, and smaller flocks leave every day, looking back with wistful faces at their treasured summer memories. Watching the geese, the ospreys, and the shore birds fly south and the songbirds pass through, one thinks of how ancient and universal is this phenomenon of migration.

Humans are among the planet’s greatest migrants, having left our original home in Central Africa to spread out and populate the whole planet looking for more room, more food, more safety, more opportunity for ourselves and our children. We will no more stop human migration than we will stop the geese from flying south in the fall. Like other creatures, humans will always seek out a better situation for themselves and their children, marching to the drumbeat of species survival and singing the songs of a promised land somewhere—Canaan, Cibola, Norumbega, Pure Land, Shambala, America. My ancestors were immigrants to this country, so were yours, regardless of whether you are Native-American, European-American, African-American, Latino-American or any other kind of American.

If you have apple trees, you may be wondering when the apples are ripe for picking. Traditionally apples were either summer varieties picked in August or early September, fall varieties picked until early November, and winter varieties picked after the hard frost. Generally speaking the later they ripened, the longer they would keep. Nowadays the ripeness of an apple is determined by the Brix test refractometer, which shows the sugar level in the juice. The higher the sugar level, the riper the apple.

If you are willing to be a little less scientific, there are still several ways to determine when your apples are ready. First, look at the apples: Are they fully colored? Have some of them fallen to the ground? Second, taste a few: Are they sweet or starchy? The sweeter the taste, the riper they are. Third, cut through the center and look at the seeds: Are they shiny and dark? Are they loose in their seed cavities? If the answer to all these questions is yes, then your apples are ready and it’s time to get your ladder and basket and start picking. Of course, one more test would be to eat several. If they give you the green apple quick-step, they are not ripe.

Critter of the month

Maybe you have been startled, as we were recently, going out to look at the night sky and nearly stepping on a very large slug. This yellowish-gray creature with black stripes and spots is a Leopard slug, Limax maximus. It may reach a length of six inches and loves to prowl nocturnally. The leopard slug eats just about any kind of organic matter, including your garden, and also nibbles on several varieties of mushroom. It is native to the Mediterranean region and is an immigrant in many other countries and Maine.

As the sun rises later and sets earlier, our world slowly turns from green to gold. The leaves, which not so long ago were green, pale, and translucent, are now yellowing and opaque as brittle old paper. They seem to fall with relief, tired of holding on through storm and sun, eager to return to the earth. Unable to resist, they surrender gladly; leaf to leaf mold to soil to tree to leaf for ages and ages.

Here is a little ceremony of great power: to catch a leaf as it falls, before it reaches the ground, to stay the force of gravity for a moment, to interrupt the irresistible turning of the wheel of life for a few seconds, and to hold in your hand a piece of the great miracle, to feel its desire to fall back to the ground just as it desired to rise a few short moons ago. All of this is illuminated by what John Gardner called “October light” whereby the sun gives over its yellow and red and gold light to the leaves, and bleaches out to a pale, cool brightness coming in at a low angle and giving more light than heat.

Mackerel fishing proceeds apace from boats, floats, piers, and breakwaters up and down the coast. Mackerel is a fine-tasting fish, usually broiled or grilled to lose the extra oils. We welcome your favorite mackerel recipe.

Fishermen are hauling out their lobster traps and stacking them on the dock where they throw long checkered shadows in the afternoon until they are trucked home and stacked in the yard waiting for another spring. The lobster season has ended for most of the coast, but not on Monhegan Island where those hardy fishermen wait until later in October to put their traps in the water. 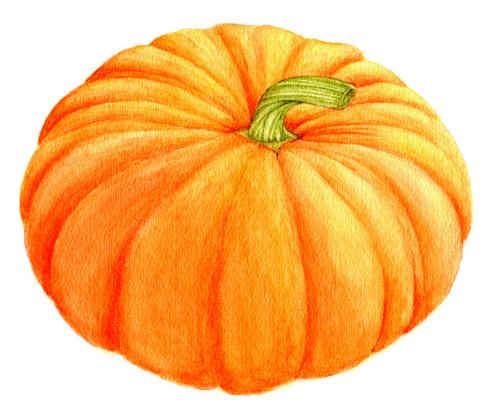 Illustrations by Candice Hutchison It’s all pumpkin patches and squashes, Indian corn and corn mazes, apple cider and hayrides as city folks go to the country for the day, answering that primal urge to bring home some of the harvest. If you have some late transplanting of trees, shrubs, or perennials, these warm days are a good time to do it, but you might want to give them a drink and a good blanket of mulch.

It’s also a good time to spread a little lime and fertilizer in the garden, and if you have time, tuck it into bed with a blanket of seaweed. On warm afternoons, ladybugs swarm the west side of the house and hornets bump along looking for a hidey-hole. A tag team of bumblebees has been taking turns visiting their queen under the old floorboards in my shop for the past couple of weeks. We’re getting along pretty well and managing to stay out of each other’s way, but we do bumble into each other now and then.

In October, many hearts are kindled with an autumnal nostalgia of Currier and Ives harvests, glowing pumpkins, and cider seasoned with cinnamon: Many, but not all. There are those who still “rage against the dying of the light” and, like Dylan Thomas, face this season with sorrow, and a touch of fear.

In spring we witness the miracle of new life forming by the composition of the simplest elements: air and water and sun and soil. Bud becomes leaf and flower and branch. Plant life becomes animal life. Randomness becomes symmetry. Chaos becomes order. Nothing becomes something; and death comes to life with a cry. In fall the wheel has turned and we witness the decomposition of life. Green turns yellow and brown. Fruit falls, softens and rots. All that is organic slows then stops to wait out the coming cold. Life falls apart, returns to its elements, and dies with a sigh.

From Elizabeth Lawrence, English horticulturalist 1907-1985: “Even if something is left undone, everyone must take time to sit still and watch the leaves turn.”

From Wei Ying Wu, 8th century: “The autumn nights grow longer, in the north forests startled crows cry out. Still high overhead, the star river stretches, the Dipper’s handle set to southwest. The cold cricket grieves deep in the chambers, of the notes of sweet birds, none remain. Then one evening gusts of autumn come. One who sleeps alone thinks fondly on thick quilts. Past loves are a thousand miles farther each day… Man’s life is not as the grass and trees, still the season’s changes can stir the heart.”