Destined for serious fishing, as well as reality TV

Stewart Workman and his crew at SW Boatworks in Lamoine, Maine, have built their share of boats over the years and intend to build plenty more. But it’s probably safe to say that 2015’s launching of the 44' Tuna.com for Capt. Dave Carraro of the National Geographic Channel’s “Wicked Tuna” series will be one to remember. There’s nothing like bringing a little bit of reality TV to a boatbuilding project to spice things up. 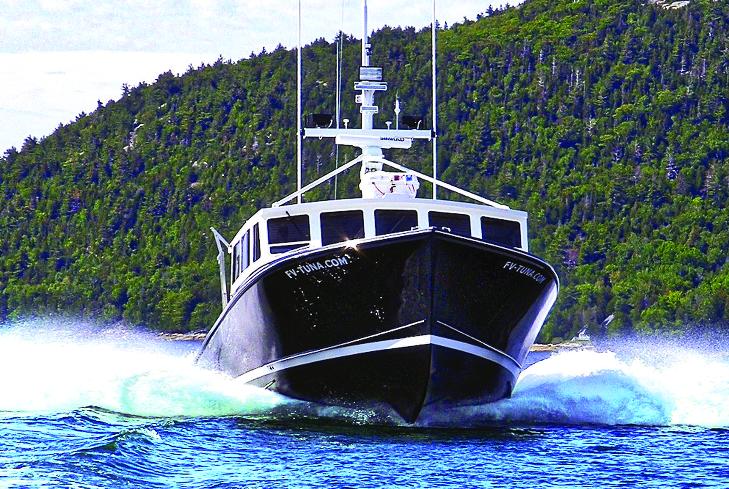 SW Boatworks launched the 44’ Tuna.com for Capt. David Carraro of the National Geographic’s “Wicked Tuna” series. Photo by Brian Robbins While Carraro has certainly been aware of the cameras recording his offshore tuna fishing exploits these last few seasons, make no mistake about it: the man is a fisherman first. And serious about it. Big time.

“A big part of my business is charters,” said Carraro, who fishes out of Gloucester, Massachusetts. “We average 100 charters a year between April first and the third week of July.  From then on, we’re commercial fishing up until Christmas.”

For the past several years, he has been fishing on a Duffy 38, and was ready to make a move to a new boat.

“Two big things I was looking for in a new boat were room and comfort. Word of mouth led me to SW Boatworks and the Calvin Beal models—the 44 with its 17'6" beam offered the sort of room I was looking for.” 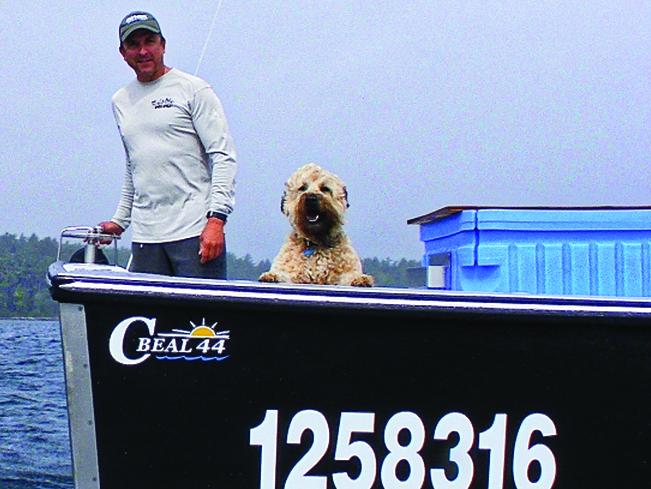 Capt. David Carraro is shown here with his constant companion, Pickles, a Wheaten terrier. Photo by Brian Robbins Tuna.com includes some custom features. The windshield was moved forward 20 inches and the housetop was lengthened overall. Also the boat has a hold specially designed to hold tuna.

When Tuna.com was trailered out of the SW shop in June to launch on the Union River in Ellsworth, a camera was almost always present—from locals taking iPhone selfies with the shiny black 44' hull in the background to TV film crews looking to do interviews with Captain Dave. Even the Ellsworth Police Department’s Facebook page touted the fact that they were escorting Tuna.com to the water on launch day.

Carraro, of course, is used to such goings on and took it all in stride, staying pretty focused on shakedown details—and enjoying his new 44-footer.

On hand for Tuna.com’s sea trials (as he is for a good chunk of the fishing season) was Dave Carraro’s dog Pickles. The 9-year-old Wheaten terrier is as fierce about fishing as his master. He actually equates the starting of the main engine with hooking up a tuna—and gets agitated if someone even moves in the general direction of the main helm. The normal sea trial hubbub had Pickles in a constant “Where’s the tuna?” frenzy, but he couldn’t have cared less about the cameras.

Brian Robbins is senior contributing editor at Commercial Fisheries News, where he writes about boats, gear, and people .