The Towns, the Bays, the Mountains, hibernation, winter

Snowflakes are the wheels of the storm chariots, the wreck of chariot wheels after a battle in the skies, these glorious spangles, the sweepings of heaven’s floor. He takes up the waters of the sea in his hands, leaving the salt, he disperses it in mist through the skies, he recollects and sprinkles it like grain… over the earth, there to rest until it dissolves its bonds again. 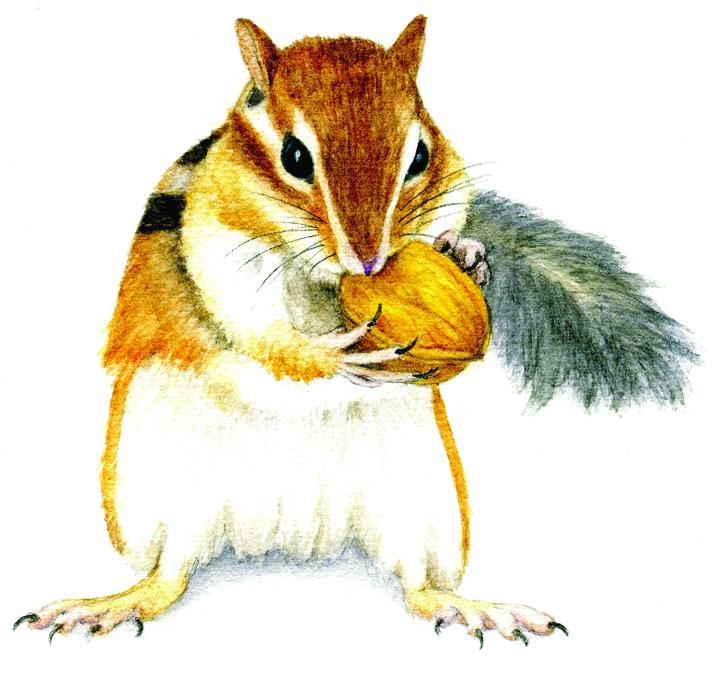 The cold has settled in at last. One recent sub-zero morning your commentator looked out over Passamaquoddy Bay through sea smoke rising 100 feet into the sky and backlit by the sun, a breathtaking sight. Gulls circled and scolded us for our depredations and degradation of the seas, and deer gathered on Poverty Rock for a conference on browse and forage. The ground is now frozen hard and the frost goes deeper where there is little snow cover.

In case you are wondering what the various species of earthworms do at this time of year—and who wouldn’t be?—some lay their eggs in cold-hardy cocoons and just leave them to hatch in spring. Others, like night-crawlers, burrow down below the frost line and rest until the ground thaws. Ground-dwellers like moles and voles do not hibernate but rest in their deep burrows, eating insect larvae, worms, or seeds they have cached, and occasionally coming out to forage during warm spells. Meanwhile squirrels, field mice, and chipmunks hunker down in warm burrows lined with various types of insulation and venture forth to find food from time to time. It’s not all that different from what we do, come to think about it—except that we watch football.

The Old Farmer’s Almanac calls this coming moon cycle the Snow Moon. That is fitting enough as Northerners around the world live with snow for many months of the year. It is said that the Eskimos have 100 words for snow; by midwinter many Mainers have at least that many, not all of them fit for polite company. Getting around in the snow calls for ingenuity, energy, and the right equipment. Snowshoes made of bent ash and rawhide were used in these boreal climes for ages before the white man came. Native designs are strikingly beautiful as well as functional. Modern snowshoes differ from the indigenous in materials but are similar in design, if not in beauty. Skis came to this country with immigrants from Scandinavia. The first snowmobile may have been the Lombard Log-hauler, developed in Waterville, Maine, in the early 20th century. It was a steam engine equipped with steerable double skis in front and crawler treads in the back, and weighed from 10 to 30 tons. It was used to haul logs out of the woods and could pull 125 cords at a time, replacing 50 horses or oxen. You can see Lombard Log-haulers in Waterville where there’s a museum dedicated to them. The modern snowmobile cannot haul 125 cords of wood, but it is now the preferred means of winter travel in Northern climes from Maine to the Arctic and around the globe.

Heavy snows keep most critters denned up. Deer struggle through deep drifts and become more vulnerable to predators. Small mammals burrow through the snow looking for a meal. Over-wintering songbirds hide away in heavy brush cover while the blizzards rage, and then come swooping and twittering out when things calm down. Finches and chickadees chatter and flit gaily above, lifting the spirits of the poor, wingless, furless, joyless mammals grimly shoveling snow below: They seem to be saying, “Look up and see us darting under pale skies, tiny downy bundles of life, ever cheerful, ever chirping, ever up for the next meal.”

Critters of the season

River otters (Lontra canadensis) are great sliders down snowy slopes or across icy ponds, but for getting around in the snow the snowshoe hare (Lepus americanus) knows no equal. The snowshoe hare has enormous hind feet covered with fur to protect them from cold and to help them walk on snow. These hares turn white in winter for protective coloring. They are the prey of many carnivores, including man, and are the preferred food of the Canada lynx (Lynx canadensis) whose population rises and falls with that of the snowshoe hare. According to the Maine Department of Inland Fisheries and Wildlife, snowshoe hares mate three or four times a year beginning in March here in Maine, but 80 to 95 percent of juvenile hares are killed by predators in the first year. The hare leaves a distinctive and unmistakable track in the snow, which looks like two large exclamation points. You can’t miss it. 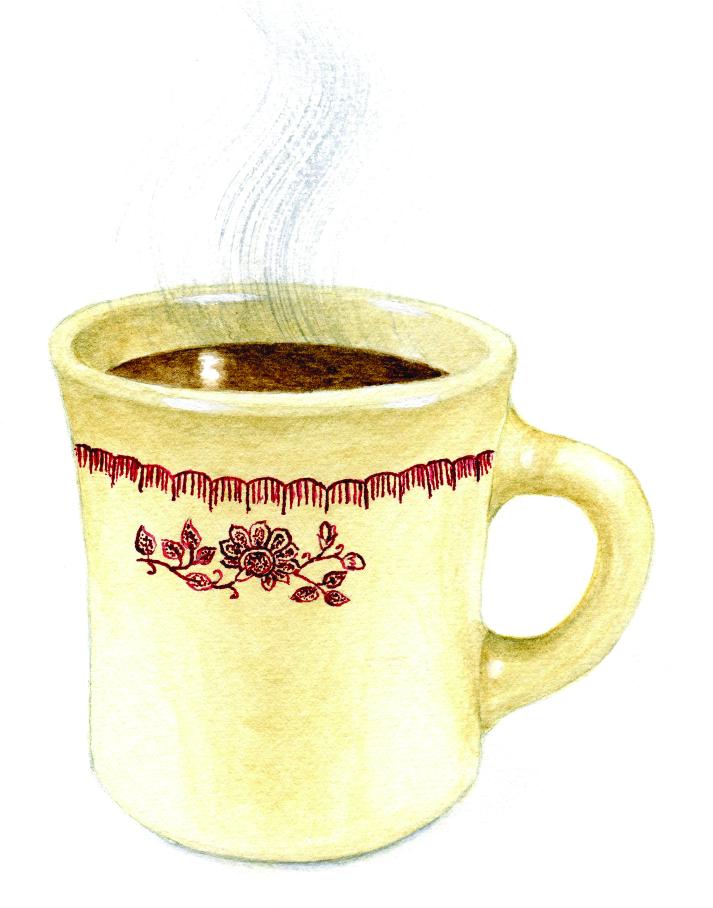 Last year, many records for snowfall were broken during the quarter moon now past, which leaves us wondering how it will all unfold this time around. Eastport surpassed all historical records for the entire state of Maine with 76 inches over a 10-day period. Other coastal towns and islands broke their own records as well.  One wonders how these calculations are made. With all the high winds and variations in depth, snow that fell from the sky over Quebec City might well have finally come to rest in Meddybemps or Mattawamkeag or Mapleton. Your commentator leaves the higher science to meteorologists and simply declares that he had never seen that much snow at once in 50 years of New England winters.

Systematic weather statistics have only been gathered since the late 19th century, but it’s likely that our forebears endured harder winters than ours, and their endurance inspires us—especially when we remember that they had no central heating, no running water, no indoor plumbing, and no snow plows. Listen to this time-worn winter wisdom from the Old Farmer’s Almanac:

From 1804: A full purse, a full table, a full mow, a full stable, and a pleasant wife make winter pass cheerily with the farmer. In cold stormy evenings, … secure from the tempest, he enjoys more real happiness over his cider mug and book than any nobleman of Europe or nabob of India amid pomp and grandeur.

From 1858: By the way, smoking that pipe over the kitchen fire is not going to make you either wiser or richer; and you had better knock out the ashes, and the pipe, too, and be reading some book that will give you information about your business, or looking to your tools and getting them ready for spring work.

From 1946: Now is the time of the deep snows—and thrice blessed is the neighbor who will plow you out.  A mug of good steaming coffee or something bracing from the bottle behind the clock will be just the thing for him when he has bucked out your drifts.  A touch of neighborly kindness goes a long ways—and there’ll be more storms coming.

After an unprecedented week or two of big weather, it is easy to see why the ancients associated powerful storms with powerful gods and saw the depredations of weather as punishment for human wrongs. When one blizzard follows so closely on another and then another, we mortals may raise our eyes to heaven and say, “Why us, why us?  What have we done to deserve this?” When back and shoulders ache from shoveling and getting to the store for supplies is a major chore, we may begin to wonder what our sins might be. Let’s not flatter ourselves too much by thinking that Nature is so concerned with our petty individual faults or failings. And yet it is good to remember how the ancients all agreed that our wrongs, our greed, and our blindness can do harm to the divine and delicate harmonies of the earth and the skies and the whole Creation.

With snow so deep in the forests and fields, woods work slows down, but the job of hauling out lumber, chips, and firewood goes on through the coldest months by some of the hardiest workers in Maine. In commercial orchards, orchardists struggle to get the pruning done. There have been some reports of pruning apple trees on snowshoes; much easier to reach the branches. The skiers are the happiest of all, with boundless tracts of white to traverse through the woods and fields and down the mountains.

During these cold midwinter days while much of the world is gray, white, and black like a chickadee’s back, or with a touch of blue like a blue jay’s wing, what should appear in the mail but brightly-colored seed catalogs, their pages shimmering with all the shades of the rainbow—the smiling faces of flowers and the plump bodies of pumpkins and squashes, cabbages, beans, beets, berries, and rutabagas. Like travel brochures from another country, the seed catalogs remind us what our own local gardens, farms, and fields will look like when all the colors return to us and we return to them in the country of summer.

From Frances W. Wile, 1878-1939: “All beautiful the march of days as seasons come and go; the hand that shaped the rose hath wrought the crystal of the snow, hath sent the hoary frost of heaven, the flowing waters sealed, and laid a silent loveliness on hill and wood and field.”