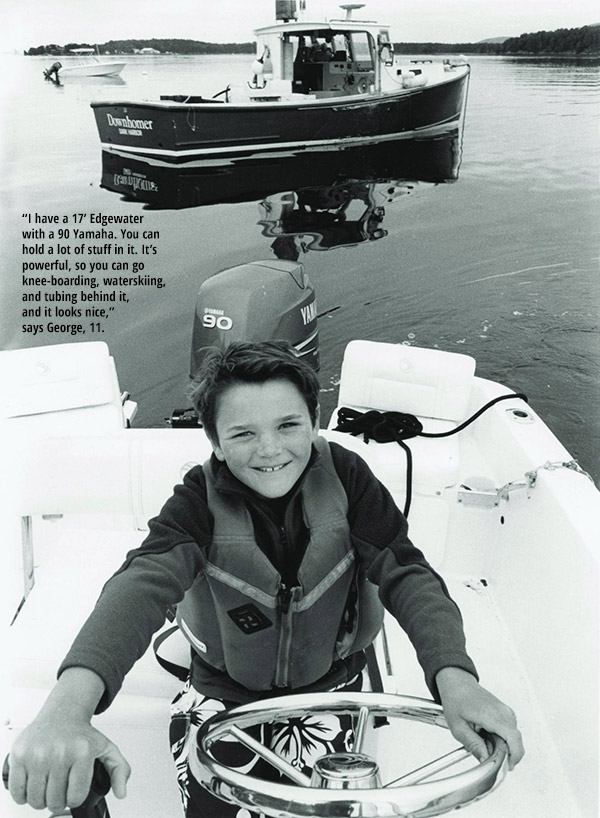 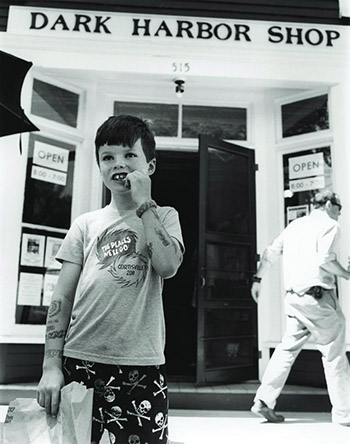 John Cooper, 9, samples some candy from the Dark Harbor Shop. Owner Billy Warren says the menu has been the same for years. "Sometimes in June I think, 'Damn, we ought to have a Crock-Pot with some chowder in it.' But then I think, 'Well, where are we going to put it? It's going to get in the way of wrapping sandwiches,' and then I say, 'Oh, to hell with it.'"
Looking east across Penobscot Bay from my hilltop house in Camden, I can see the island of Vinalhaven, marked by the flickering red lights of its wind turbines. We are not a boating family. So it wasn't until my children and I started boarding ferries to bike and hike Maine islands in the summers that, like Dr. Seuss's elephant Horton, I discovered the hitherto unseen worlds in my midst. My decision to photograph Maine island children might have been sparked by the sprite with a feather in her hair, sitting on a bench outside June Hopkins' gift shop on North Haven, or by the cluster of kids in the back of an ancient pickup collecting ferry passengers on Monhegan. All seemed as connected to the woods, rocks, and ocean as they were detached from Walmart. And there was the sense of "liberation and belonging" that Reeve Lindbergh, in her exquisite 1998 memoir, Under A Wing, recalled from her childhood summers on North Haven. The islands I focused on, Islesboro, North Haven and Vinalhaven, all have K-12 schools and vibrant summer and year-round communities going back many generations. But, like all Maine islands, each is its own unique world. The photos here are from Islesboro. A summer colony established in the late 1800s, it still carries on its traditions through the private Tarratine Club, and many of the 600 year-round residents make their living by working for the summer community. "Islesboro is only three miles by sea and eight miles from our house [in Camden]" said W. Hodding Carter, father to one of my photo subjects, "but it smells and feels different. That lightness. We don't have any of our burdens from here. We're so close to the mainland but instantly-poof!- Magic Land." 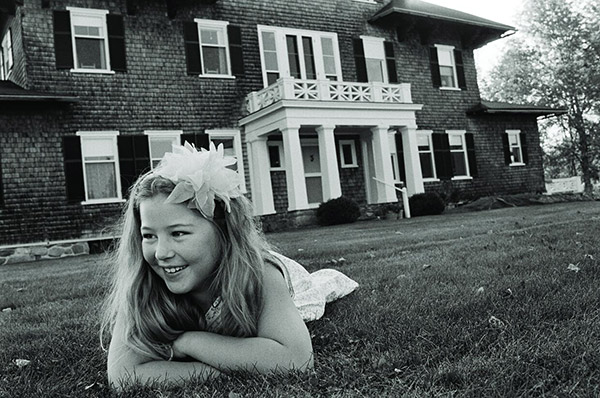 Betsy, 6, lives next door in the caretaker's cottage. "If I lived in this house it would creep me out because it's really big and it's really old," she says. 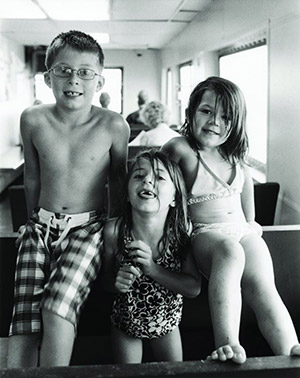 Blake, Anna, and Gaby on the ferry. Their mother Kim says, "Growing up here, I always hated the island life. I couldn't wait to go out and on to bigger and better things. Now, having kids, I couldn't ask for anything more. If your kids are out doing something they're not supposed to, someone is going to call and let you know. The school is small, and everybody knows everybody." 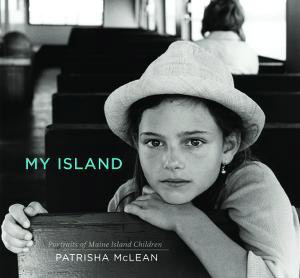 Patrisha McLean's black and white photographs of children have been exhibited in museums and galleries around the country. The photos in these pages are excerpted from her latest book, My Island, which explores life on Maine islands through the eyes of their summer and year-round children with portraits and accompanying text. The book, with a foreword by Deborah Joy Corey, is distributed through Islandport Press. Book signings will be hosted at the Ralston Gallery in Rockport on July 30, 2015 at 5:30 p.m. and on August 10, 2015 by the Witherle Memorial Library in Castine.