A boy in a man's job 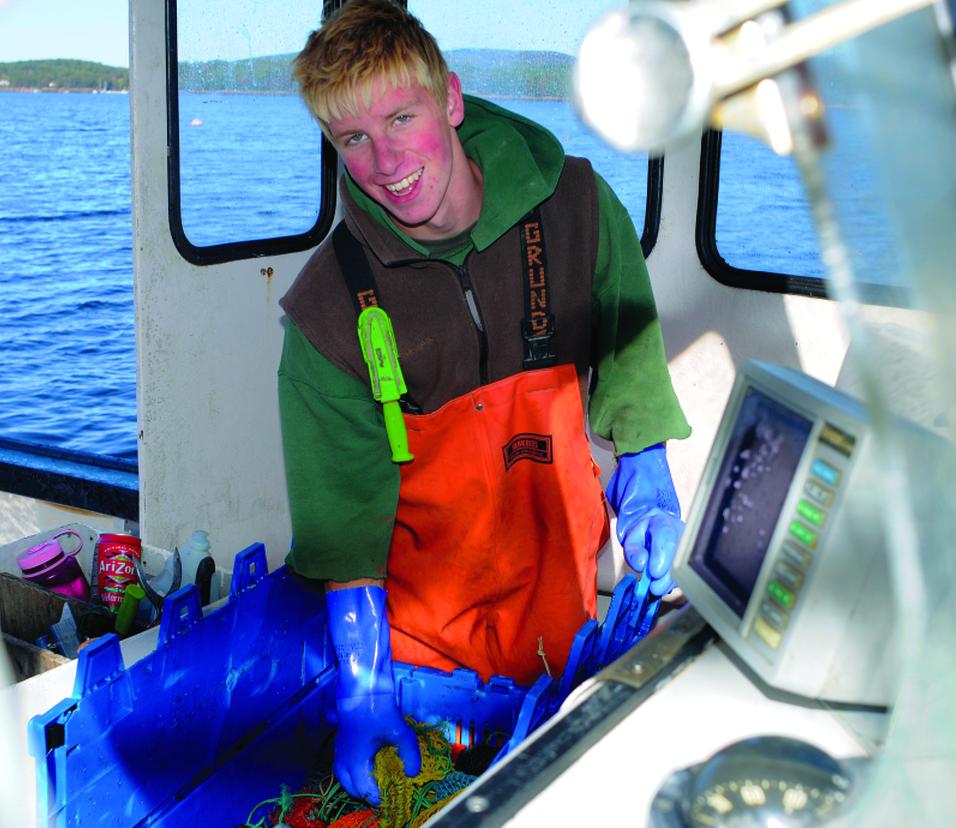 Sixteen years old, a lobsterman, and an independent businessman. All photographs by Kate P. McMullin

"I love it,” said Ronald “Ronnie” Musetti. “Love lobstering. Love being my own boss. No-one telling me what to do. I can get up early in the morning. Come in at dark if I choose or earlier if I want.”

Age 16, blue-eyed, with curly blonde hair and an infectious warm smile, he could easily pass as a poster boy for a teen magazine. He and his stern man, Adam Olearcek, from Cranberry Island—equally handsome and working toward the same livelihood from the sea—had just finished their last day on the water for the year, one of many days that season that had started at 4:30 a.m. and was winding down at 4:30 p.m. This one had begun, however, with a dive under the stern of his grandfather’s boat the Miss Riley to clear tangled lobster warp from the propeller.

“Today’s the last day of the season for us,” Ronnie said. “We made two hauls. Had to get the rest of the traps up. Wanted everything out of the water before the fall storms start coming in. Fishing outside of the Cranberries and Suttons Island is pretty open water and your gear can take a beating. Besides, it’s time to concentrate on schoolwork. I’ll set gear out again by the end of April.”

In 1913, Ronnie’s great-grandfather, Joseph Musetti, settled in Hall’s Quarry on Somes Sound, Mount Desert Island, to work the granite. As time went by and the demand for granite dropped off, Joe and his wife Althea bought the quarry and waterfront where Ronnie’s family now lives. Because access to the water is primarily with floats and long gangplanks from the cliffs, making for a time-consuming trek with each trap, the Musetti family has carved out a steep and twisting road to a small rock beach, where traps can be unloaded overboard at high tide and recovered by pickup truck at low.

“My first year, when I was 11 with a student license, I fished 30 of my own traps, going sternman with my grandfather [Ronald],” Ronnie said. “Next year, using the money I’d made from lobstering and all my savings, I bought a 19' Gilley skiff in rough condition and fished that on my own with 50 traps. Now I’m fishing 150 traps and using my grandfather’s boat ’cause the skiff’s too small.”

During a conversation with Ronnie it became apparent that he’s quite frugal and seriously considers each step toward his goal.

I asked him if he built his own traps or bought them already rigged. 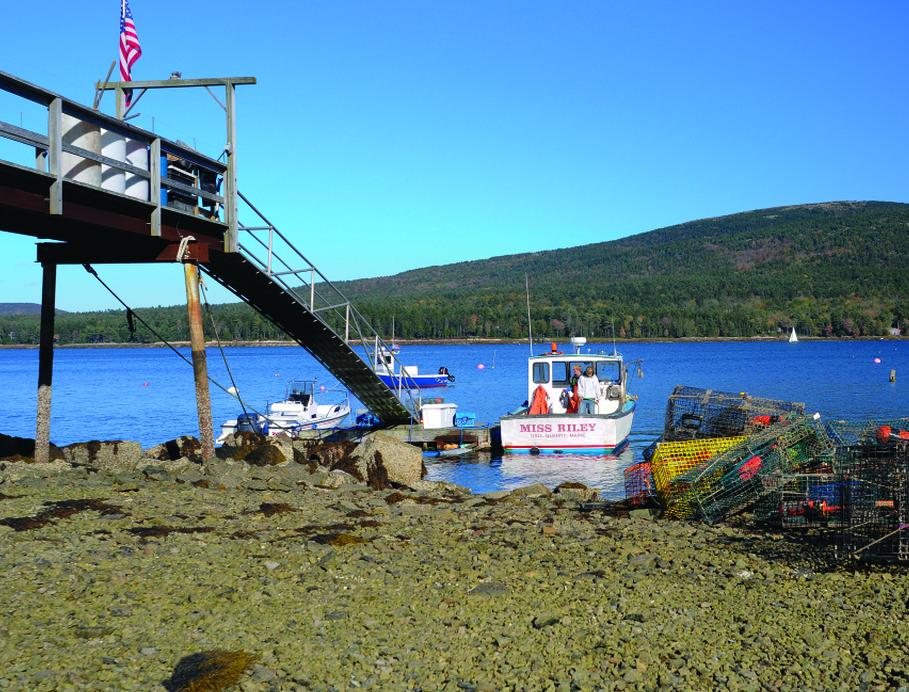 Difficult access from the family home adds to the challenges of fishing for a living.

“I buy flat kits of wire and bend my own,” he responded. “I have different sizes for different areas I fish. I bend and weld my own entrances (the wire circles that allow the lobsters to enter the traps) to save money, then warp and paint the buoys over the winter.”

“When I was thinking about fixing up the Gilley skiff, I found an ad on the Internet looking for people who wanted Suze Ormon’s financial advice. I wrote in, then sent her all my financial information: assets, bills, income, and she called me back during her TV show. Asked me more questions about what I intended to do, what I thought the renovation would cost, what are other alternatives, and what the return would be. I wanted a roof, and some electronics, like GPS. She approved. So in the fall of 2009 I had Al Pettegrow do the work. I fished the skiff for three years until I outgrew it.”

This was Ronnie’s junior year in high school, and I asked him what his plans were after graduation. After all, he could follow in his father’s very successful electrical contracting business. 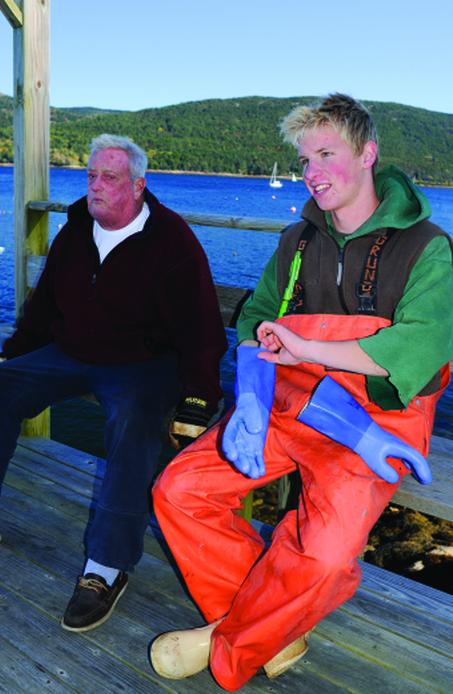 “I plan to be a lobster fisherman,” he said. “That’s my goal in life. I love lobstering. I’m thinking I’ll probably go to a business school for a few years, something that will back up lobster fishing. But I’ll still fish summers. You may not know how long it takes to break into this business. After I graduate from high school I have to take my student apprenticeship, which is 1,000 hours and 200 days total. Then I can apply for a commercial license. I have to take a one-day offshore survival course as well. Then I can fish 300 traps with 100 more added each year until I reach 800.”

I remarked that it sounded like some pretty heavy dues. Then I asked him what his next step would be for a boat. Could he continue expanding and still use his grandfather’s boat?

“Well,” he said, “I’ve got my eye on a 36-foot Crowley over in Bass Harbor. We’re kind of negotiating on the price right now. I want my own boat. I think it would probably take care of my plans for a few years while I build up my trap allowance.”