By Rob McCall
Valerian has a calming effect on both townie and tourist. Dear friends: Our town modestly celebrated its 250th anniversary last year. I say modestly because we know we can’t take the credit for all that history, but we are surpassingly grateful for it. Around the world small towns, small churches, and small schools are caretakers of a rich heirloom seed-bank of viable human values that have been tested for thousands of years, long before the first city appeared. We are keeping alive some very old, very vigorous strains of community life that will one day be desperately needed to inoculate and heal the diseases of venality, violence, materialism, and meaninglessness that have infected the human race and are making it mortally ill. These heirloom seeds of community life are beginning to find their way into post-modern awareness with an ironic twist, showing just how radical conservatism can be. 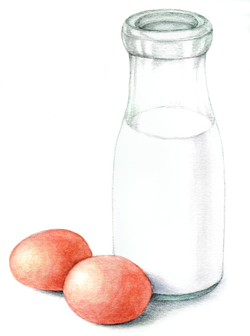 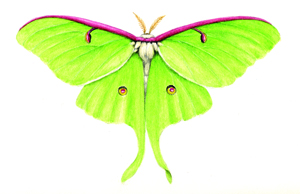 Field and forest report, mid July The more delicate spring flowers have faded at the coming of the heat, making way for the tougher high-summer blooms of black-eyed Susan, Queen Ann’s lace, magenta fireweed, and sweet-smelling valerian. The valerian, also called “heliotrope” in these parts, is a gift to the harried native and the frenzied rusticator alike. Its dreamy, soporific odor has a calming effect on both townie and tourist, leading them to forget what it was they were so anxious about just a moment ago. For centuries, valerian root has been recognized as an herbal remedy for anxiety. It is no wonder that the modern pharmaceutical Valium is derived from this plant. More natural and un-natural events, early May Motherhood is a most natural event, and war is a profoundly un-natural event. Julia Ward Howe is best known for her stirring Civil War hymn “The Battle Hymn of the Republic,” which she wrote after the first battle of Bull Run in 1861, when many thought the war was glorious and would end in a few weeks. But after watching four years of that brutal War Between the States leaving two-thirds of a million dead and millions maimed, as well as the nearly 200,000 killed in the Franco-Prussian War, Julia Ward Howe had a profound change of heart. Town report We offer our thanks to our road commissioner, who is given the onerous task of upgrading the town’s roads and bridges just when they are most heavily used. With plowing and salting occupying crews during the winter, improvements must be done in summer. Patience is the watchword for all concerned. Freshwater report, mid July Green frogs and bullfrogs call from the ponds, while snapping turtles ever so slowly cross the roads, seeking suitable places to lay their eggs. Give them the right of way; they have earned it by being here first, by several million years. Natural events, late July Ramblers around town or along the shore these days soon discover fallen feathers of crows or gulls or other fowls of the air, gifts from the sky. This is molting season for adult avians, the time when old feathers are replaced by new, usually after brooding and while food is still abundant. If you are like me, it is hard to pass up a recently dropped feather; it is an exquisite treasure of natural design and construction begging to be taken home.

Our fire chief and gifted amateur bird carver, Denny Robertson, was marveling recently about the immensely complicated structure of even the simplest feather. Not only do they have a stem and veins like a leaf, but each vein has feathery edges, too, so that they lock together in flight. On owls the leading edges of the wing feathers are soft and downy, allowing the birds to fly in silence. Ducks and sea birds have an oil gland that helps them groom their feathers so water rolls off the duck’s back, literally. A fallen feather taken home becomes a talisman tying us in with the rest of Creation. Native people have used feathers for ornamentation for millennia. So did Victorian ladies. Even my mother’s generation wore feathery hats to church or when traveling, though they didn’t molt all that much. While adult birds are shedding, the young are fledging. Last year we watched a crow’s nest in the big sugar maple behind the town hall for a couple of months, the adults faithfully feeding their fledglings for weeks on end. Then, about this time last year, the end of their labors drew near; it was time for flying lessons in the orchard. Awkward, squawking youngsters bumbled about trying out their new feathers, still white at the base. Flapping frantically, they careened from the oak tree into the branches of a lilac bush, then blundered into an apple tree, groaning and griping but obviously elated, while the parents cawed encouragement. Meanwhile, down behind the dam on the mill brook, fledgling mallards paddled along behind their mothers, preening and looking over their shoulders, admiring their fluffy new coats. Field and forest report, late July While the birds of the air are earning their wings, the beasts of the field and forest are sending their young forth to an uncertain future. It’s heart-breaking to see how many young mammals become road-kill, though we know that far more survive. If you hit an animal or see one in the road, couldn’t you stop and put it off to the side in the long grass if it is dead? If it is alive and might survive, contact your nearest animal rehabilitator. If it must be put out of its misery, a sharp blow to the head may suffice as the ultimate act of mercy. Then you will become a member of the order of St. Francis, the saint who ministered to the birds and the beasts, and they all will honor you. Rank opinion II We are slowly remembering what the ancients knew well: that every creature is kin. We have relatives wherever we look and wherever we go. We never need be alone or lonely again. We are daily invited to one great, wild family reunion. All we have to do is say yes to the invitation, and start getting to know everyone again. More seedpods to carry around with you From Bernd Heinrich: “We are social animals. We like to feel a part of something of beauty and power that transcends our insignificance. It can be a religion, a political party, a ball club. Why not also Nature?” From Annie Dillard: “We are here to witness the creation and to abet it.” And a final one from Woody Guthrie: “If you play more than two chords, you’re showing off.” That’s the almanack for this time. But don’t take it from us—we’re no experts. Go out and see for yourself.
Yr. mst. hmble & obd’nt servant,
Rob McCall