The weather was settled and we were feeling adventurous 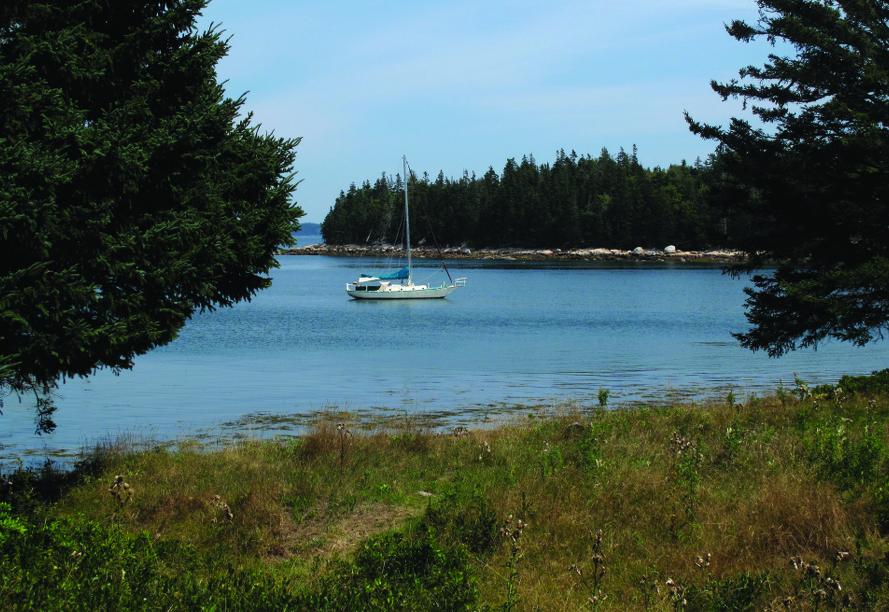 Our annual two-week cruise down east usually means a first stop some place close to home. If the weather is decent, we head out to a nearby harbor where we duck in, securely stow the gear and food we had tossed on board in the flurry of departure, finish up the inevitable last-minute boat projects, eat leftovers or take-out, and sleep like logs. This summer, we did all that in Pulpit Harbor, then headed from there to Isle au Haut, where we snagged a mooring and put to use Ben Ellison’s coverage from the Boat Show issue of MBH&H (August 2012, #121). Thus it was with bellies full of the Lobster Lady’s lobster rolls and fine Black Dinah chocolates that we continued our way down east.

The weather was settled—very settled—and we were feeling adventurous. On the chart, it looked as if there might just be enough of a hidey-hole to tuck into on the northwest side of Marshall Island, just above tiny Three Bush Island (1). The underlying rocky reef there might provide a bit of protection. We sounded our way in under full sail, but even in extremely calm weather, the “cove” proved to be too open for true comfort. What next? 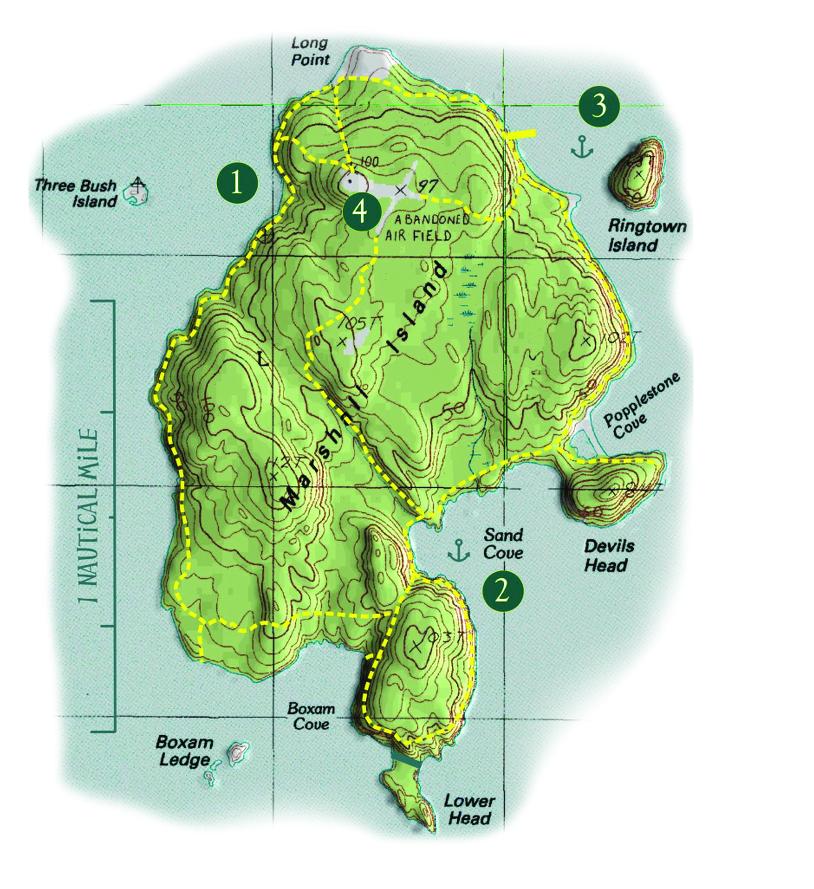 chartlet by Ben Ellison We weren’t in the mood to spend the night rolling in Sand Cove (2) on Marshall’s south-east side, although this is a fine (and popular) day-stop in settled weather, and OK overnight if the wind direction is favorable. Nor did the relative bustle of Burnt Coat Harbor on Swans Island sound appealing. Yet the day was fast wearing away.

As we ghosted our way around the top of Marshall, we noticed several masts in the bight above Ringtown Island (3) and decided to take a look. Three other sailboats were there, and the shingle beach was lovely, so we anchored nearby. The holding was decent, albeit rocky, and after a fairly peaceful night during which we boxed the compass more than once, we took the dinghy in to the Maine Coast Heritage Trust’s dock. There was designated space for visitor dinghies and room for brief tie-ups to drop off/pick up passengers, with part of the float reserved for use by the MCHT folks. Once ashore, we grabbed a free trail map, and went for a wonderful leg stretch. 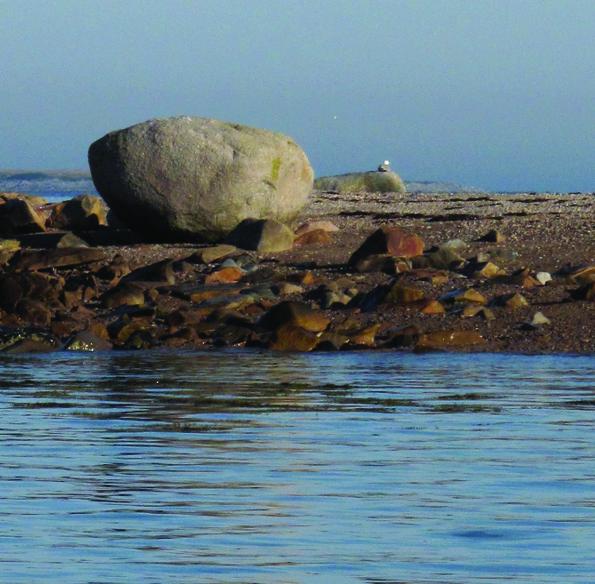 The entire 985-acre Marshall Island has been conserved as the Ed Woodsum Preserve, which, according to the MCHT, makes it the largest undeveloped island on the eastern seaboard. The island was acquired by MCHT in 2003, paid for by private donors and the state’s Land for Maine’s Future Program. Since then the trust has developed ten miles of hiking trails.

The path we chose wound along the shore, through mature forest and open fields, and past an old well (we pitched in a coin, because you just never know) and other remnants of early settlement. We swam and ate lunch while watching a couple of lobsterboats haul traps behind Three Bush Island, congratulating ourselves on having found a better option. Then we continued on inland, back across the island. The trail was filled with blown-down trees at first, but got better as we climbed.

We sampled the iron-rich water at the official campsite we passed (camping on the island is by reservation: 207-729-7366; stays are limited to two nights, and fires are by permit only), and paused near the island’s disused airstrip (4) to watch a squadron of local dragonflies put on their own air show.

By the time we got back to the anchorage, the schooner Nathaniel Bowditch had come in, anchored, and ferried the passengers ashore for a lobster feed. Judging by their slow pace and loopy grins, the stragglers we met as we all made our way to the dock had really enjoyed their shore dinners.

We were lucky enough to meet the MCHT steward on duty. She and all the other summer caretakers we have met on conservation land are founts of enthusiasm for camping in the rough and sharing the beauty of “their” islands. Their friendliness never fails to impress us, and their presence makes visiting these special places all the more delightful.

Gretchen Piston Ogden is editor at large at MBH&H. She and her husband cruise the Maine coast—and beyond—in their steel cutter.

A Letter from the Publisher - Issue 104