By Rob McCall
“I prefer winter and fall, when you feel the bone structure of the landscape—the loneliness of it, the dead feeling of winter. Something waits beneath it, the whole story doesn’t show.”
—Andrew Wyeth
Dear Friends: With their ever-dividing branches rising from the source of their being, the skeletons of oaks, maples, and birches stand against the sky like lofty, lifeless species diagrams drawn from a lecture by the Architect of the Universe. A hardwood tree in January looks as dead as can be, but break a twig on a warm day and you may quickly notice a faint pulsing of sap and later a tiny icicle hanging from the wound. Take a piece of firewood from the wood box and notice two kinds of growth rings: the wider, lighter, softer summer rings and the narrower, darker, harder winter ones. In its deep sleep a tree still slowly grows even in the dead of winter. It is sustained by the food it made during the leafy months and stored in its roots for the leafless days ahead. In the woods, squirrels and field mice survive on nuts and seeds they gathered before the snow and cached away underground. 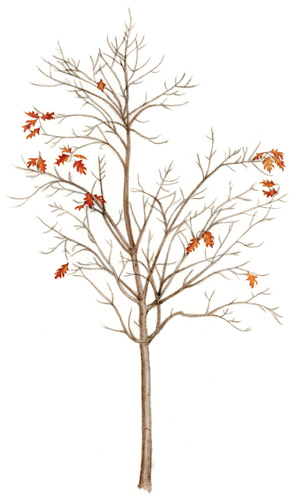 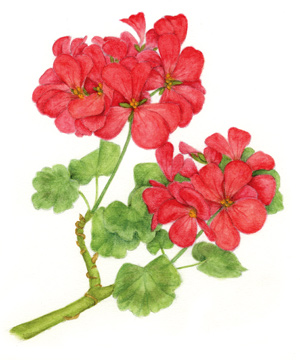 Years ago, way out the Leighton Point Road in West Pembroke, there was a dilapidated farmhouse. The roof sagged, the chimneys leaned, the clapboards showed no signs of paint, and lilacs and alders grew tall and untamed in the front yard. But your eye was invariably drawn up to the high dormer windows filled with bright green and red geraniums pressed eagerly against the glass. I admired those geraniums and the old lady who lovingly and tenaciously tended them in that bleak house. They said, “I’m still here. I can still love. I haven’t given up.” The house has fallen down long since, and I’ve often wondered whether her geraniums died in the wreckage or were saved to brighten someone else’s windows in winter. There was a similar old farmhouse and barn on Route 1A between Holden and Brewer with geraniums in the windows. Maybe they’re still there. I hope so. Geraniums are like common people whom “the Lord must love,” as Abraham Lincoln observed, “since He made so many of them.” They’re tough, hardy, and low-maintenance. They can take sun or frost or heavy cutting and come back stronger and brighter than ever. In honor of that unquenchable spirit, I keep our dozen or so aged geraniums in the windows of the parsonage throughout the winter. I talk to them, deadhead them, feed and water them just like members of the family. They always bend toward the sun. Each morning we see our flourishing geraniums first, before we look farther out to the bare trees and the pale expanses of frozen ground all around us. This gives us, and anyone who looks in our windows, a feast of color and life, and a taste of faith and hope to brighten the bleak days of these winter months. Rank opinion 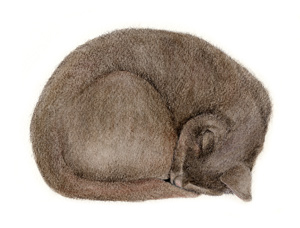 Faith needs to be tended, too. You don’t get faith once and for all with no effort. It needs regular care. Faith and belief are not the same. Belief is like an artificial flower that doesn’t change or grow and needs no tending. Faith is like a geranium. It is a living thing that needs good food, fresh water, pure light, and fresh air. Looking out over the bleak winter landscape of America—a landscape of lost jobs, lost homes, and faltering faith—I say give us geraniums, in the windows of the school house and the town house, the food pantry and the thrift shop. Give us geraniums in the bleak windows of the State House, the Blaine House, the White House, the House of Rothschild, both Houses of Congress, and every house of correction. Give us geraniums to say, “We’re still here. We can still love. We haven’t given up.” Geraniums in winter windows will help the few who are on the inside looking out, and they will help the many who are on the outside looking in, because without faith, hope, and love, even the greatest nation or people will too soon wither and die. From the mailbag This from field agent Kathie Krause on Monhegan Island: “[We are] archeologists digging ourselves out of a frozen lava, frozen in time, cat curled up on a chair/ loaves of bread in the oven/ well-worn deck of cards on the table just as it was before the eruption/ as pathways to homes are dug, apple-cheeked diggers and the formerly trapped inside greet and chat and exclaim about the air still full of snow and the sun breaking open the grey to blue ether above/ trillions of stars lay shining on the new matterhorns and alps in ranges around the house/ a path is dug to the chicken coop/ the hens are liberated and gobble up their food and drink down bits of snow/ frost moustaches above their beaks. A nuthatch is hogging the feeder and chickadees are dancing around between branches and snow, scolding, impatient, indignant, jaunty/ leaving their delicate cross-hatching in the snow below the feeder.” That’s the almanack for this time. But don’t take it from us—we’re no experts. Go out and see for yourself.
Yr. mst. hmble & obd’nt servant,
Rob McCall