All illustrations by Ted Walsh
The hardest part of writing for this issue is that Labor Day is in the past, and the bank account of summer is running down to its winter paucity. July was warmer than average by nearly four degrees and was marked by a day or two in triple digits, occurrences I never remember as a child. August was right on the historical average for temperature, and both months were wetter than usual. For those of us who share a summer retreat with siblings and choose weeks in mid-winter, the averages hardly matter: the few weeks that make up each family’s bit of heaven are the days on which the weather memories are based and no others. The magic of a big porch, however, is that good conversation is always abundant regardless of the weather. This column is your chair on the porch. Nice Camp You Got They-ah Cottages in Maine are often referred to by long-time in-state owners as “camps,” although more recent erections by those from away never acquire that folksy appellation. Our cottage is little more than camp: open frame walls, no insulation, and seasonal water. It was therefore, as we say, “some fun” to read that a seasonal dwelling with the same basic purpose as ours—that is, having fun with the family on the coast—was sold this summer for something north of 12 million dollars, and not to someone from Franklin County. 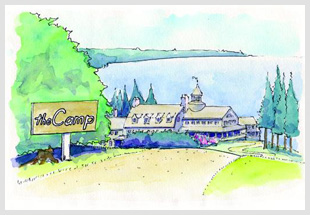 An article in the Ellsworth American in mid-July noted the sale of a ten-year-old summer home at the mouth of Somes Sound as the new record-setter in single-family, Maine real estate. Granted it is in the Upper-East-Side equivalent of the Maine coast, boasts 9,600 square feet of living space plus four acres of land, and nearly 1,000 feet of the most valuable shore frontage in the state; it still illustrates what some among us see as good value in these troubled times. Before you call your local broker to sell the camp and deer fly breeding farm on Upper Tidewater Marsh, bear in mind how its features compare with those of the new champion. Better to retain old Camp Lots-of-Fun for what it does best: keeping you in touch with your family along this great coast. Bumpers and Fenders I appreciated a letter from Ken Weeks of Round Pond noting our proper use of “fender” to designate the variously shaped and colored products we employ to protect our craft and egos from damage in docking. Reading his note reminded me of an early experience when I inadvertently used the base of my thumb for that purpose. 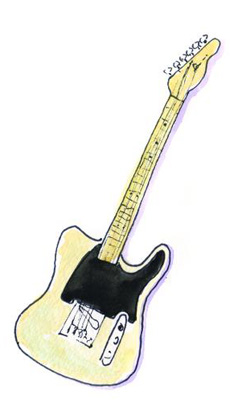 My dad owned an odd little utility boat made of steel, perhaps 15 feet long and 3 feet wide, powered by an old Evinrude with a wrap-on rope starter. He had had it for years before we were born. By the time my older brother and I had it at our disposal at age ten or so, it sported a Johnson “five-and-a-half,” which was infinitely easier to start and run for a couple of kids. We were allowed to take out boats without adults as soon as we passed the Swim Across the Lake Test, a distance of about one half mile, in our case on Wilson Pond in Wilton, Maine. At ten years old it looked like an unmanageable distance, but we all did it at about that age, accompanied by a flotilla of small boats with adults aboard. Back to the body-part-as-fender tale. The old steel boat, known always by its proper name, the Old Tin Tub, and hereinafter referred to as the OTT, was the primary adventure vehicle for my siblings and me. In the tale of the thumb, my older brother John, probably 11 at the time and who later became a captain in the U.S. Navy among other maritime accomplishments, made a landing at a cousin’s cottage. In nautical parlance the type of approach he employed would be described as a “t-bone,” a simple but effective way of reconnecting to shore.