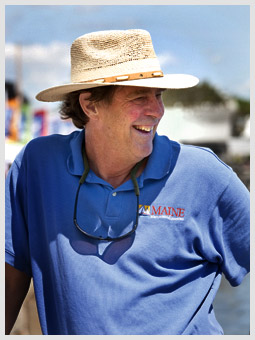 Singing the Song of “Soon”

One of my favorite photographs is a black-and-white shot taken by “Red” Boutilier of Harold Benner, a dory builder from Friendship, standing with a pair of his brand-new boats. The photo dates from the early 1970s. Benner is not a young man; his car, parked in the background, appears slightly rusty, befitting the era; the plowed banks of old snow are rotten and topped with the residue of a long winter. Some would say that the image does not represent Maine at its finest hour. To me, though, the photo sings of spring in Maine. It sings of a long winter profitably spent in the shop or by the stove. It sings of the sun, soon to be victorious over the snow banks and the ice, the winner over winter. It sings of the triumph of creativity over the advances of age. It sings of a job well done. It sings to me the song of what’s to come, the song of “soon.” Soon, I’ll be hauling my various and sundry boats from their various and sundry winter homes. Soon, I’ll be bending on sails, oiling oarlocks, mixing fuel for outboards. Soon I’ll be on the lake; soon I’ll be on the bay. Soon the bay and the shore will be alive and humming. We will never know whether Mr. Benner’s dories were to be a fisherman’s workboats or a summer family’s toys, but it doesn’t really matter. They took folks to sea and brought them home, the essential function of a small boat. Red Boutilier’s 35-year-old photo documents one man’s creation—sweet wooden dories—and provides a bridge between the past and the present, but for me it speaks of all of the adventures to be had, and to be had soon. 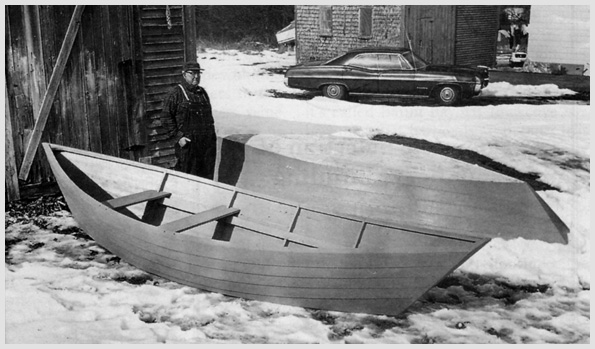