Sailing Up To Speed 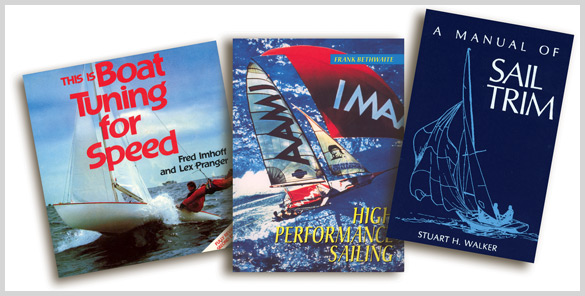 Speed is what we who race sailboats fervently desire. It is seldom discussed openly; instead, it hovers ominously about like a family secret—privy only to a special few. All of us are duly addicted, though, and the object of our craving is to sprint gloriously, drunkenly, to the finish with wings on our heels. The truth about speed—sailing fast— is that it is as inscrutable as it is intoxicating. No account seems wholly credible, no source reliable, no explanation satisfactory. Books on “how to win” tend to treat the topic either as tinkering with the controls—known as “tuning” the boat—or as the ultimate, ecstatic, underlying, sole purpose in life.

John Andrews, a retired editor, lives in Bridgton, Maine, and is active in the Lake Region Sailing Club on Long Lake.