With record temperatures in Portland, the urge to start the boating season drew the crowds to Portland Yacht Services, for the 2010 Maine Boatbuilders Show. Contributing photographer Jeff Scher joined the Maine Boats, Homes & Harbors crew to see the latest from the boatbuilding shops around New England. 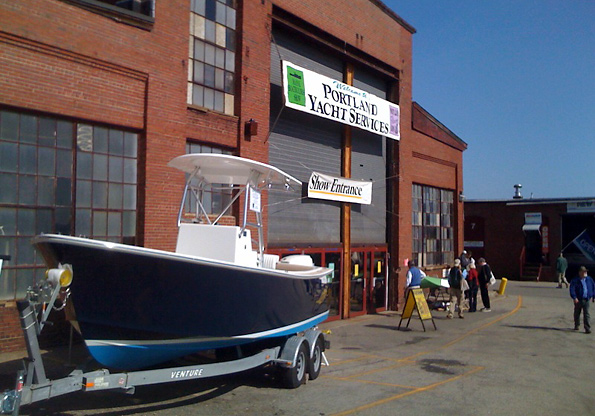 The PYY 22 designed by George Patten welcomed everyone to the show.
--- 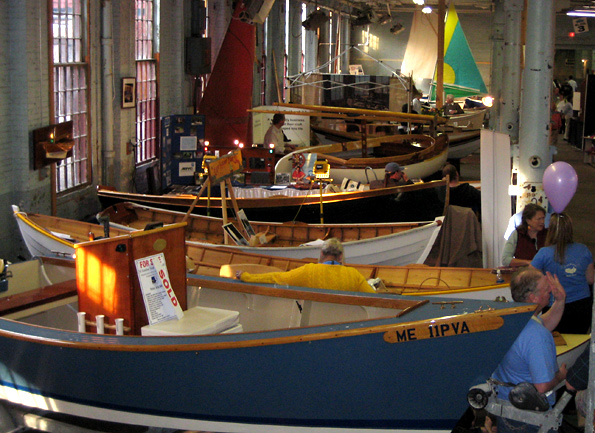 This Lumberyard Skiff was built by Old Wharf Dory Company of Wellfleet, MA and restored by Kittery Point Yacht Yard. The KPYY crew took the skiff down to its original white oak frames and plywood skin, epoxy-coated, painted, non-skidded and varnished everything in sight. The restored and repowered boat was scooped up at the show almost immediately by a customer who will have the boat maintained by and stored at KPYY. Photograph by Nadine Gallagher.
--- 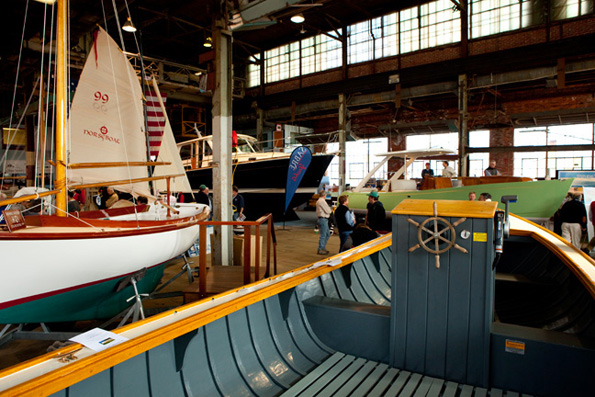 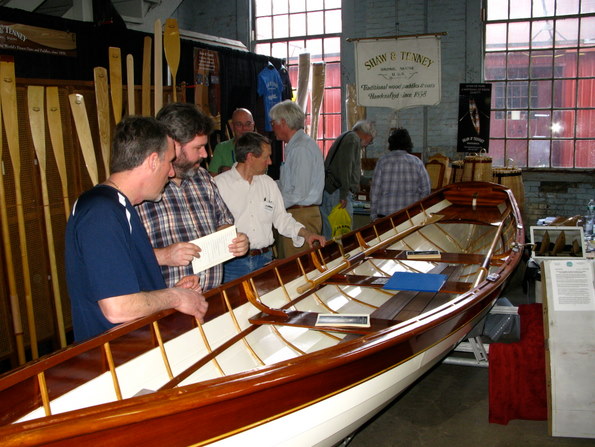 Shaw & Tenney had Whitehall on display, which was featured in the 2009 Boats of the Year issue of Maine Boats, Homes & Harbors magazine.
--- 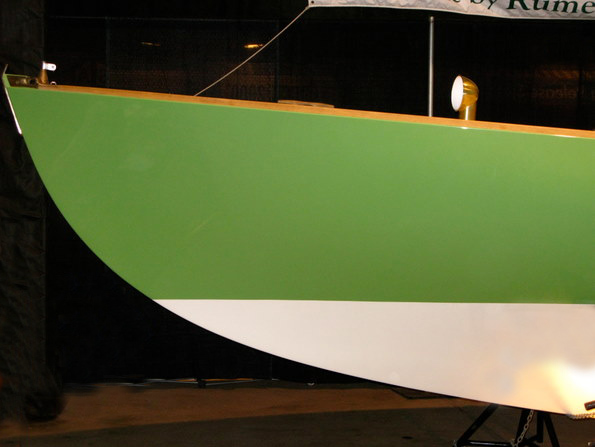 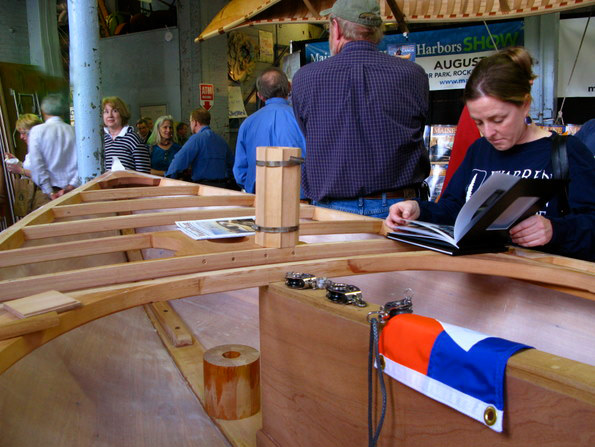 Unfinished hulls give you a glimpse inside the structure of the boat and the craftsmanship that goes into building them. Here is a 18' Baybird sloop in progress, built by the Pleasant Bay Boat and Spar Company.
--- 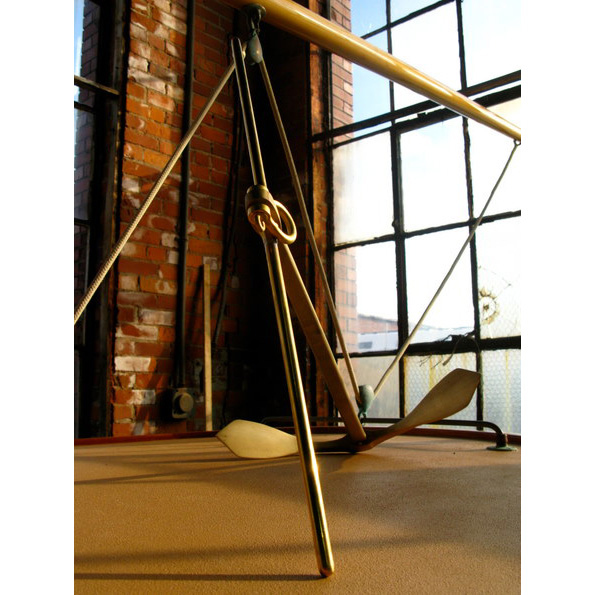 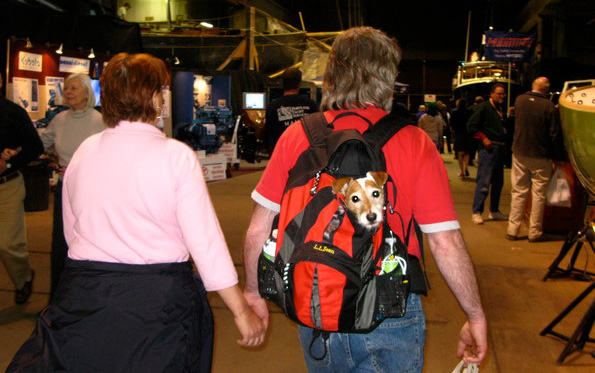 Hitching a ride through the Maine Boatbuilders Show
--- 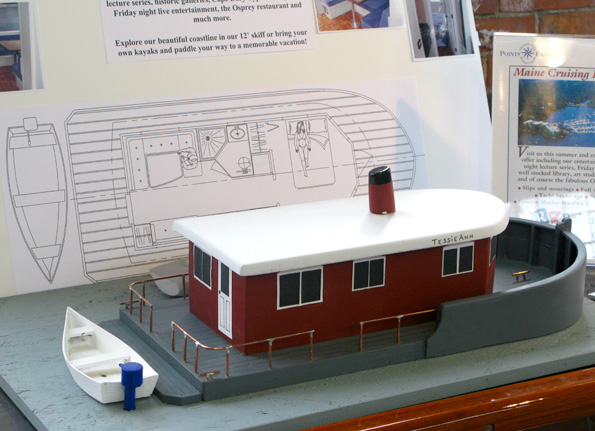 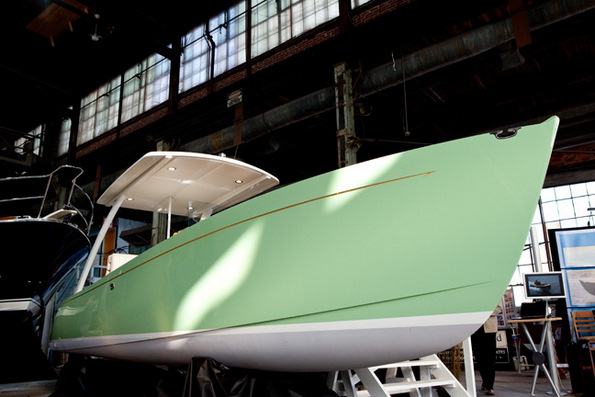 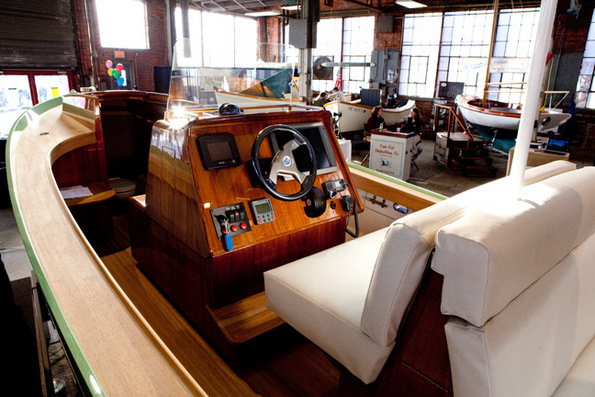 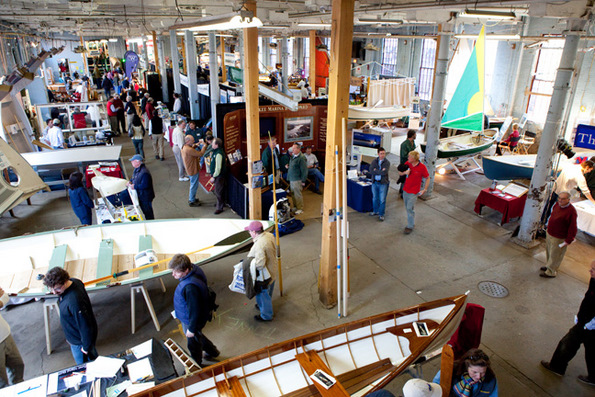 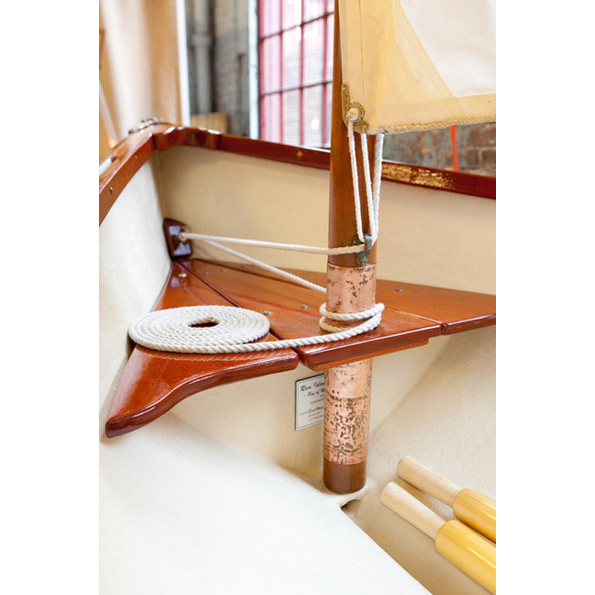 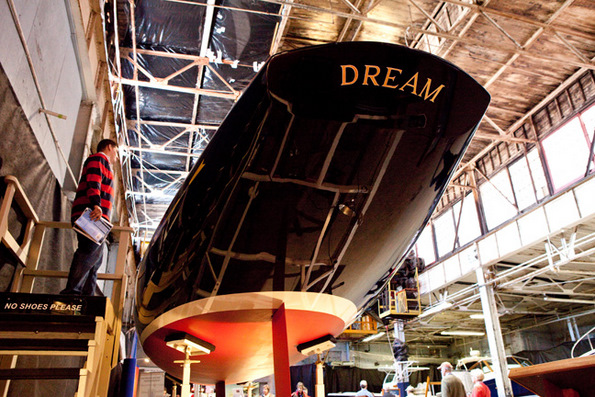 Spring brings dreams of that next boat. The C.W. Hood 32. Photograph taken by Jeff Scher.
--- 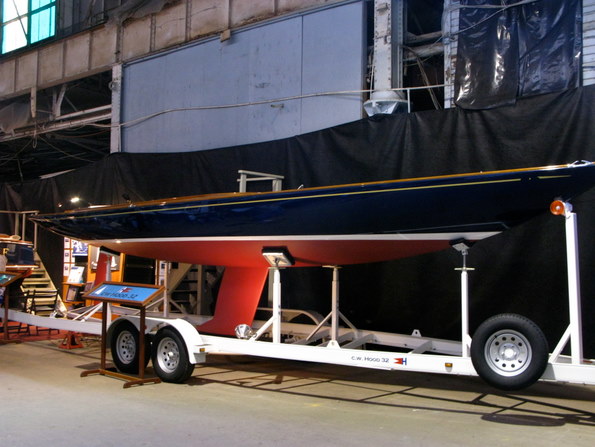 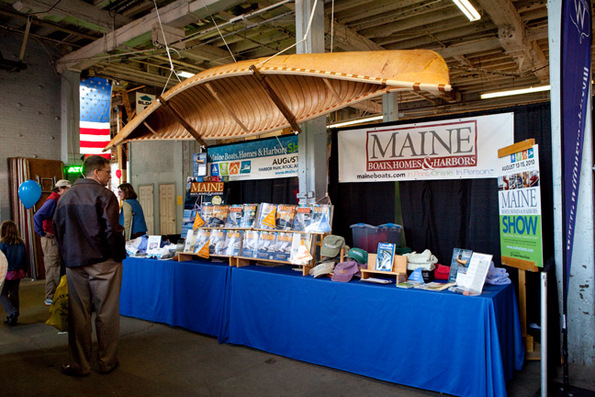 The birchbark canoe that hung over the Maine Boats, Homes & Harbors booth was very popular. It was featured in our 2009 Boats of the Year Issue. Click here to read the feature online. Photograph taken by Jeff Scher.
---