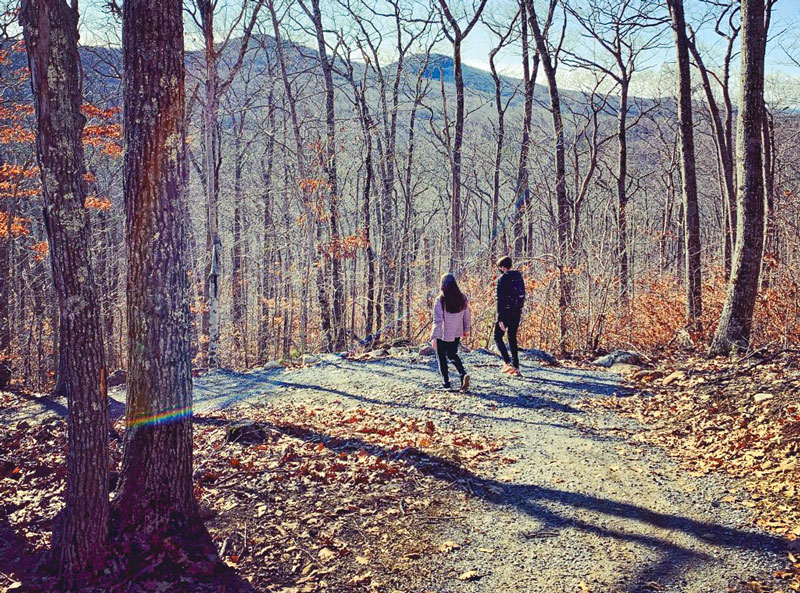 Hikers on the Round the Mountain Trail.

Prominent by sea and land, the coastal mountains that run along the western side of Penobscot Bay east to Mount Desert island are part of a scenic landscape that defines the incredible sense of place of this region. Nowhere else along the East Coast does one have the opportunity to scale granite domed mountains and enjoy such panoramic views of the bay, islands and ocean. Since 1986, Coastal Mountains Land Trust has worked with local communities to permanently conserve land in this region for the purpose of preserving open space, clean water and access to the outdoors.

At 1,260 and 1,288 feet in elevation, Bald and Ragged Mountains, in Camden, Hope and Rockport, are the fourth and fifth highest mountains on the eastern seaboard; they are defining features of Midcoast Maine’s Camden Hills. Since 2003, Coastal Mountains Land Trust has actively worked with private landowners to conserve the approximately 3,000-acres of undeveloped open space around these mountains, which contain several rare species, significant natural communities, and extensive wildlife habitat. 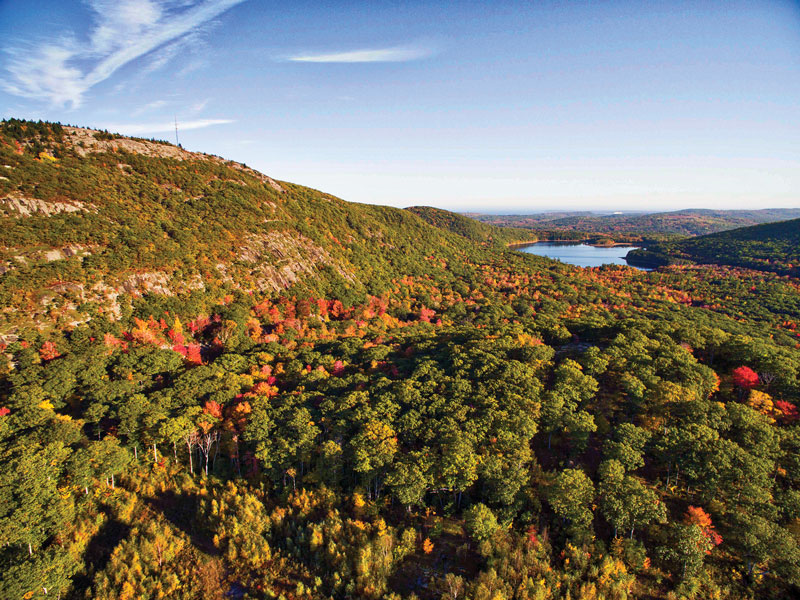 Over 3,000 acres on Bald & Ragged Mountain is conserved including the Mirror Lake Watershed shown here.

Beyond the initial ecological reasons for identifying this landscape-scale conservation opportunity, nearly twenty years of focus on land preservation in this area have highlighted how meaningful these mountains are to the local community. First and foremost, the western side of Ragged Mountain encompasses nearly all of the Mirror Lake and Grassy Pond watersheds, which supply clean drinking water for six local communities including Camden, Rockport, Rockland, Thomaston, Owls Head and Warren. A keystone part of this preservation campaign was the purchase of two conservation easements protecting 1,786 acres of land owned and managed by the Maine Water Company.

Support for the conservation of Bald & Ragged Mountains has also been the result of a community deeply committed to outdoor recreation. Only in the process of conserving the initial few parcels for this large effort did the Land Trust realize the extent of existing trails and the potential for expanded recreation on the mountain. In 2015, through a collaborative partnership with Maine Coast Heritage Trust, the Maine Water Company and numerous local conservation groups, the Land Trust announced a plan to build the Round the Mountain Trail, an ambitious nine-mile multi-use trail system that will circumnavigate all of Ragged Mountain. Aided by significant support from the Land for Maine’s Future Program and Maine Recreational Trails Program, and a large number of community donors, the Land Trust officially opened the first 5.5 miles of the trail in 2020 and continues to move forward with the construction of the remainder of the trail. The trail which can be accessed via the Camden Snow Bowl or the Thorndike Brook Trailhead in Hope provides a wonderful way for the public to explore and enjoy the beauty of these mountains.

Coastal Mountains Land Trust is a nonprofit conservation organization that is eager to engage with individuals and families interested in supporting its local land conservation mission by becoming members, volunteering and donating conservation interests on their land.

For more information and to support this work, go to coastalmountains.org.